Add an Event
Newswire
Calendar
Features
Home
Donate
From the Open-Publishing Calendar
From the Open-Publishing Newswire
Indybay Feature
Publish to Newswire
Add an Event
Related Categories: Santa Cruz Indymedia | Health, Housing & Public Services
In Memory of DavidMinton Silva, August 16, 1943 - March 11, 2018
by Alex Darocy (alex [at] alexdarocy.com)
Wednesday Jun 13th, 2018 2:12 PM
Memorials were held in Santa Cruz during the month of May for DavidMinton Silva, who passed away on March 11 in Mozambique, Africa. For decades, David was a strong presence in local politics and the activist community in Santa Cruz, touching many with his gentle soul, and the ability to express solidarity and support for many different causes and individuals in the field of civil rights and social justice. The issue most near his heart was homelessness. [Top photo: In 2012, DavidMinton Silva holds a sign at a vigil for Ed Frey, who was facing jail time for sleeping at the Santa Cruz County government center during the PeaceCamp protests of 2010. Scroll down for more photos of David.] 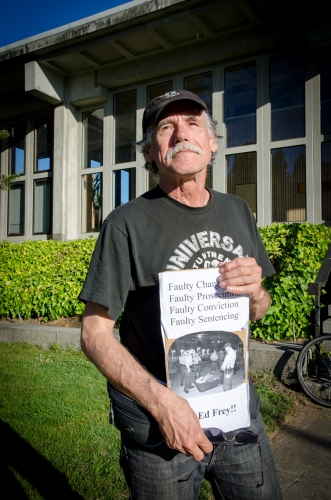 original image (1325x2000)
"If there is dancing I am happy. Been that way all my life. Born a hippy when we all took acid and before that I was a beatnik." --- DavidMinton Silva


David grew up "traveling with the lettuce crop" as a youth, eventually attending Catholic school in Salinas. A veteran of the Air Force, he enlisted on his 18th birthday in 1961 during the Kennedy administration.

He worked in the film industry from 1966 to 1983, including time spent as first assistant film editor on the Bobby Kennedy campaign dailies.

Through the late 1980s he worked as a social worker in Fresno, founding the homeless unit there.

He experienced great successes in life, but also extreme hardships. His work as a homeless activist in Santa Cruz was informed by his own experience living without a house in the area. "I remain an active activist though I have struggled fighting AIDS 43 years now," he wrote.

Active with the California Green Party, David ran as a Green in the District 34 State Assembly race in 2006, during a return to Fresno to take care of his mother.

Upon his return to the Santa Cruz area, David could frequently be seen wearing his blue SEIU labor union jacket. He was a shop steward and became the Vice President of SEIU 535. He also served as Treasurer of SEIU 415.

As an activist, David was a member of Homeless United for Friendship and Freedom (HUFF) and he participated in a number of protest movements locally, including Occupy Santa Cruz in 2011, and the Freedom Sleepers in 2015 and 2016.

On a number of occaisions with the Freedom Sleepers, David camped out all night at Santa Cruz City Hall to protest the local sleeping ban, which criminalizes the act of sleeping outdoors at night in public places. During that time period he intiated a fast to also oppose the sleeping ban.

During what he describe as his "rolling fast to repeal the sleeping ban," David wrote about the difficulty of the fast. "Hard adjusting these past few days. It is never easy but starting and stopping is rough. This time until new language against sleep crimes. Left or right, civic or partisan these SLEEP CRIMES must be repealed," he wrote.

"Was pretty ill yesterday and down all day today but crawled over to SOC DOC. Glad to see the film I came for was first," David wrote in reference to a documentary about the Freedom Sleepers that was to premier at the UCSC SOC DOC program's thesis screening, which coincided with his fast.

In the last years of his life, David took to writing, penning five novels. "Autumn of Love" was the first of a quintet David wrote titled "Tales of Panther Butterfly." It is a biographical-novel about his former mentor, filmmaker Michael J. Neyman, the son of Jerzy Neyman. In January of 2016, David uploaded the novel to Facebook, which details many of the struggles he faced in his life.

"As I have said, coming back to Santa Cruz, after burying my mama and my ex, was harder than even I expected," he wrote. "Before my forced retirement I had one final career as an eligibility worker specializing in Fresno and Santa Cruz on the homeless. Before that I had spent so many other years burying loved ones with the onset of the gay plague. So, neither death nor homelessness was unfamiliar to me. How vain of me to think I knew what it was like to be homeless here just because I had always advocated justice for them and a couple times found myself house-less for a few months."

At a protest organized in 2012 to end the criminalization of homelessness, David spoke out about how he personally became homeless when local funding was cut for housing for AIDS patients by the Santa Cruz city council. He spoke about the Santa Cruz area in terms of survival. For him, the levee of the San Lorenzo River was, "like a community center." As a homeless person, Silva needed the levee area, "to survive." It was a place, he said, where people could meet and figure out where to be that was safe, he said during the protest. "This levee saved my life more than once."

During the last few years of his life David was able to fulfill his dream of traveling to the continent of Africa. "For sure I want to return to Capetown and to Maputo and to Goa but you know Macau was fun too," he wrote.

"All my life I have dreamed of dancing in Mozambique and all my mature life wanted to [visit] Gandhi Colony in South Africa. Now at 73 years young I went and ain't stopping my one port at a time Portuguese ports of the world tour." 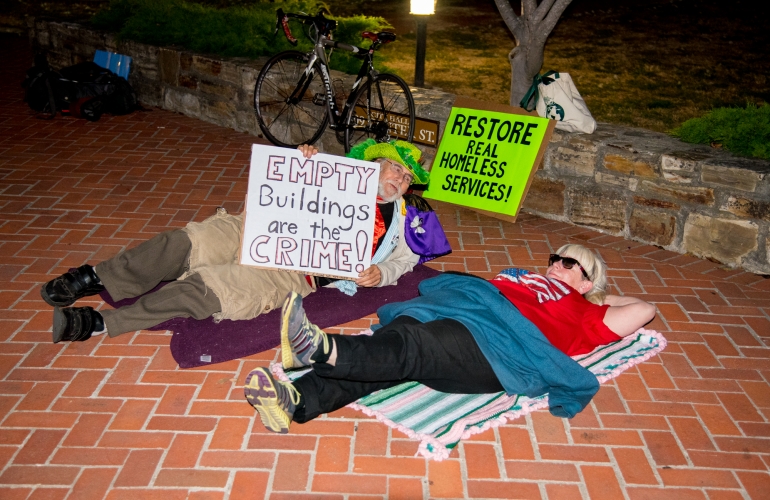 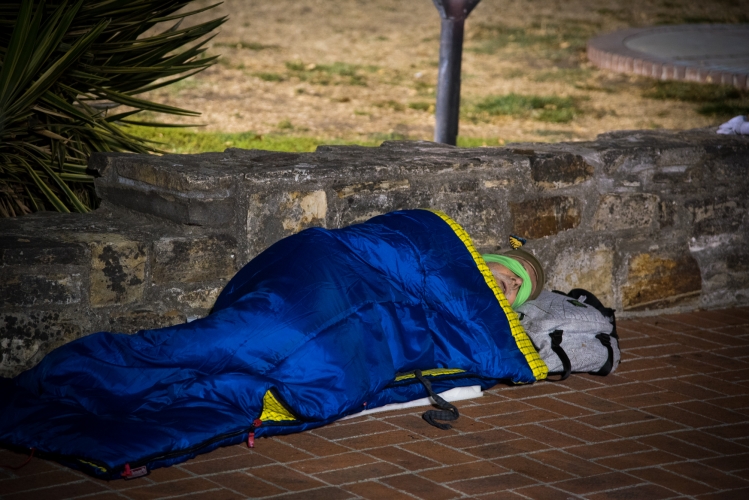 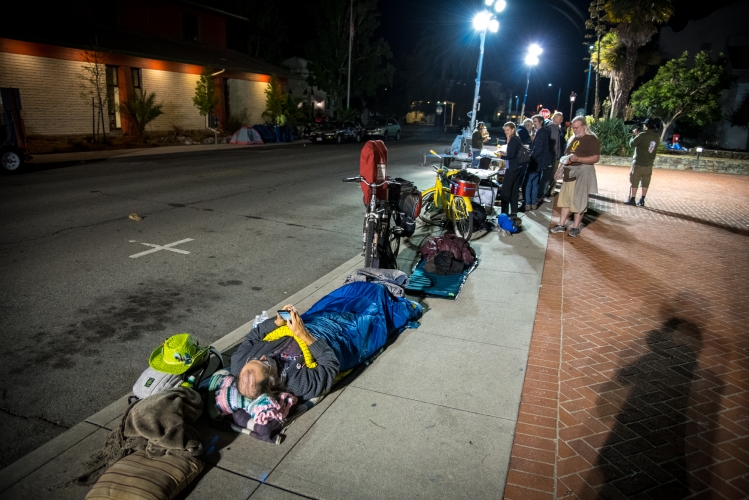 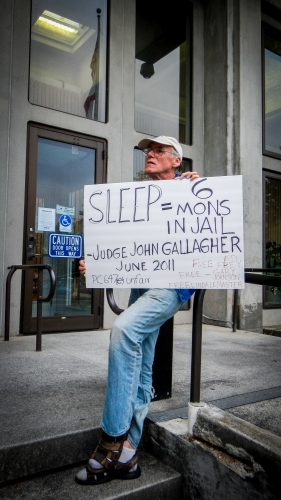 original image (1125x2000)
David at a court appearance for Linda Lemaster, who was on trial for sleeping during the PeaceCamp protests of 2010.
§National Police Brutality Day Protest at the Santa Cruz Police Department, 2014
by Alex Darocy Wednesday Jun 13th, 2018 2:12 PM 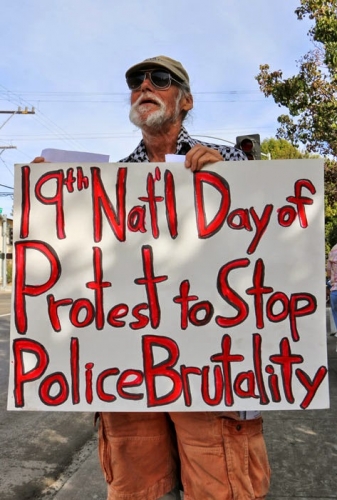 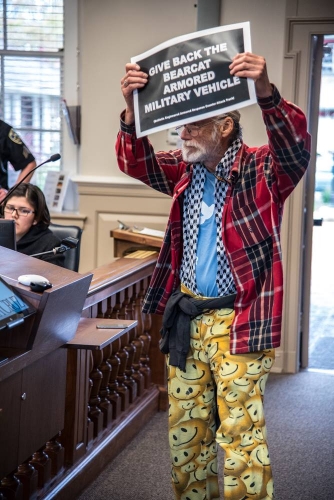 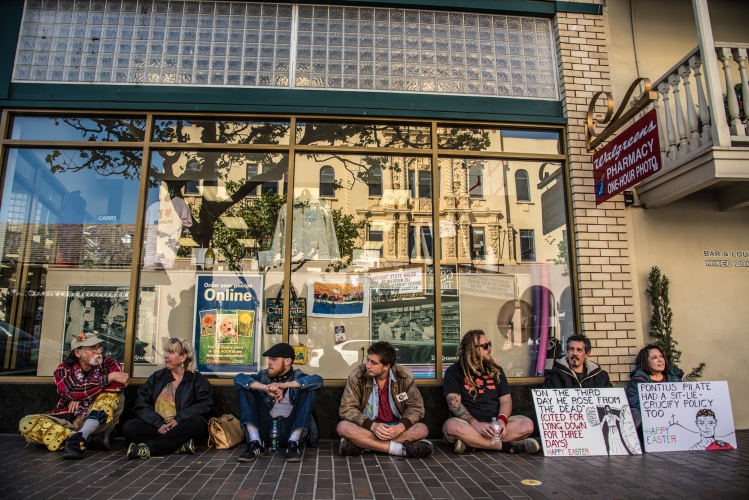 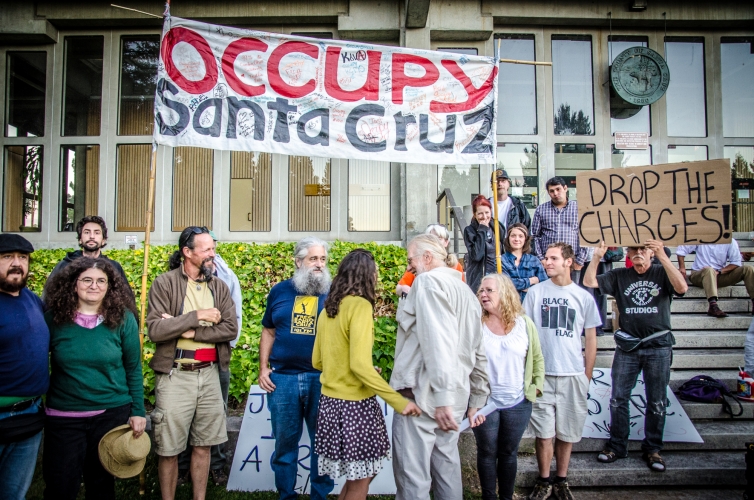 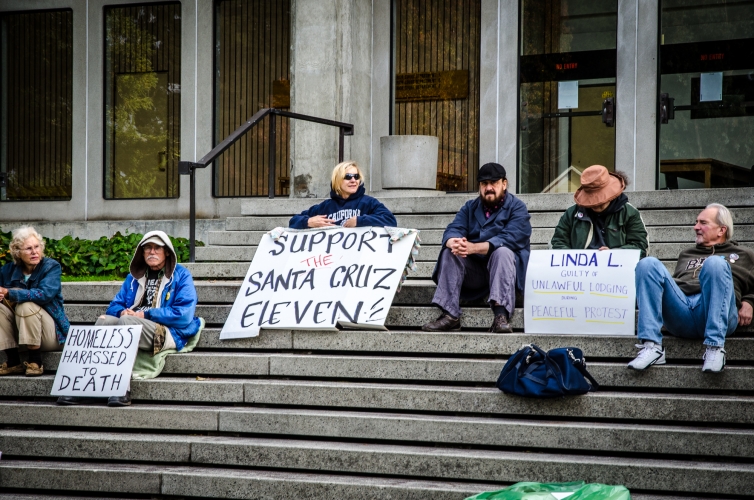 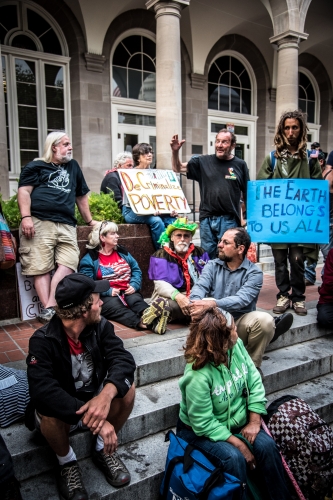 original image (1335x2000)
§David Speaks at Santa Cruz Protest to End the Criminalization of Homelessness, 2012
by Alex Darocy Wednesday Jun 13th, 2018 2:12 PM
Copy the code below to embed this movie into a web page:
Download Video (442.2MB) | Embed Video
Add Your Comments
Support Independent Media
We are 100% volunteer and depend on your participation to sustain our efforts!