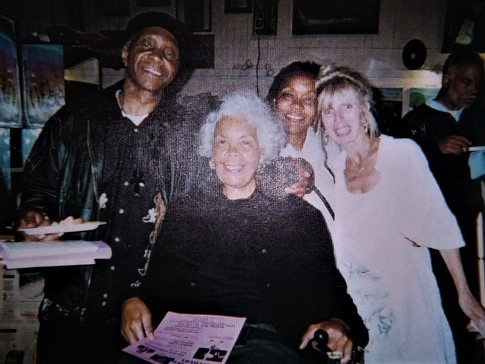 Albert and Robert continue on their epic journey, sharing their stories of solitary and false imprisonment, bringing attention to yet unreleased prisoners as in Los Angeles where they met with members of the Committee to Free Leonard Peltier, forging bonds with Native groups working on prison issues. At Princeton the following week they met with students in African American studies and shared their experiences.  Next week they will be in Santa Cruz along with Angela Davis and others. They also wanted to share the story of Eric Brown, still in Angola, with their supporters, hoping that some will find the time to write and support Eric in his efforts towards freedom.

They also want to join in the memorializing of long time supporter Kiilu Nyasha who passed away unexpectedly last month. Her support of the Angola 3 and so many other political prisoners was tireless and critical to so many. She will be deeply missed.

In 2008, Kiilu interviewed Robert King on her TV show following the release of his autobiography, and she spoke at an A3 event in 2012, (featured at 17 minutes and 50 seconds into this online video). Below is an announcement for Kiilu's memorial service, to be held in San Francisco on May 20. 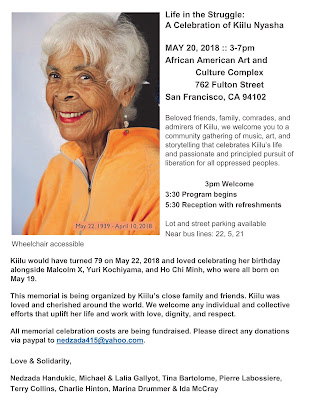 Photos and Video from A3 Events in Los Angeles 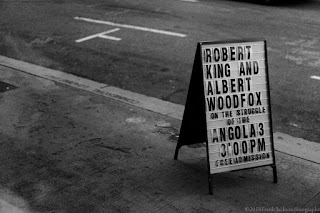 On April 7, Robert King and Albert Woodfox were featured at "Mightier than Metal, Sturdier than Concrete," an event in Los Angeles, CA that was hosted by The Main and moderated by artist & longtime A3 supporter Rigo 23. The panel discussion was held inside the exhibition supporting Leonard Peltier, entitled 'Rigo 23: Ripples Become Waves,' which takes its title from a quote by Robert King: "You throw pebbles into a pond, you get ripples; ripples become waves; the waves can become a tsunami." You can view an excellent collection of photos from the day, courtesy of photographer Frank Jackson, published here. 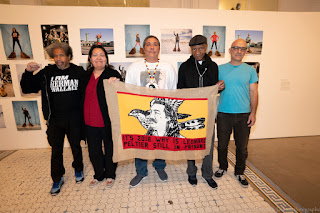 Then, on April 9, Robert and Albert appeared in a livestream video when they spoke at a standing-room-only event moderated by Bryonn Bain, Director of the UCLA Prison Education Program, held inside the Mark Taper Auditorium - Central Library. If you missed the livestream, you can watch the full event, archived here. 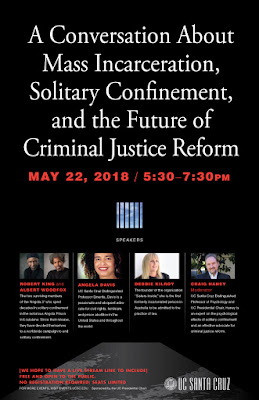 On Tuesday, May 22, at 5:30 pm, Robert King and Albert Woodfox will be at the University of California at Santa Cruz, speaking on a panel alongside Distinguished Professor Emerita Angela Davis. The panel will be moderated by UC-Santa Cruz Professor Craig Haney, author of Reforming Punishment: Psychological Limits to the Pains of Imprisonment. The panelists will also be joined by Debbie Kilroy, an Australian prison activist and the founder of "Sisters Inside," an international organization that advocates on behalf of women in prison. Learn more about this event here.

The following day marks the beginning of the May 23-25 Santa Cruz Academic Summit on Solitary Confinement & Health, which will be focusing on "Next Steps in Reducing the Use and Misuse of Solitary Confinement," co-sponsored by UC-Santa Cruz and UC-San Francisco. Robert King and Albert Woodfox will be among the many featured speakers invited to the three-day event, detailed in the program schedule here. 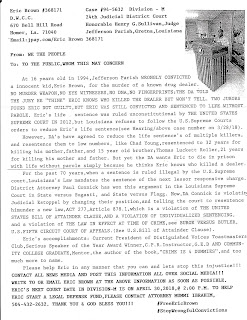 We would like to share information with you about Eric Brown, who has released a new info-sheet flyer that Brown and his supporters are asking fellow human rights activists to share with their friends and circulate around the social media blogosphere.

Both Albert Woodfox and Robert King are familiar with this case and hope their supporters will join them in advocating for Ericʻs release.

"At 16 years old in 1994, Jefferson Parish WRONGLY CONVICTED a innocent kid, Eric Brown, for the murder of a known drug dealer. NO MURDER WEAPON, NO EYE WITNESSES, NO DNA, NO FINGERPRINTS; THE DA TOLD THE JURY HE 'THINK' ERIC KNOWS WHO KILLED THE DEALER BUT WON'T TELL. TWO JURORS FOUND ERIC NOT GUILTY, BUT ERIC WAS STILL CONVICTED AND SENTENCED TO LIFE WITHOUT PAROLE. Eric's life -sentence was ruled unconstitutional by THE UNITED STATES SUPREME COURT IN 2012, but Louisiana refuses to follow the US Supreme Courts orders to reduce Eric's life sentence."

http://www.angola3news.com
Add Your Comments
LATEST COMMENTS ABOUT THIS ARTICLE
Listed below are the latest comments about this post.
These comments are submitted anonymously by website visitors.