Add an Event
Newswire
Calendar
Features
Home
Donate
From the Open-Publishing Calendar
From the Open-Publishing Newswire
Indybay Feature
Publish to Newswire
Add an Event
Related Categories: California | Central Valley | South Bay | Environment & Forest Defense | Government & Elections
Santa Clara Valley Water District Board Votes 4-3 to Support Twin Tunnels
by Dan Bacher
Wednesday May 9th, 2018 9:12 PM
Dozens of local ratepayers Tuesday and in previous meetings testified as to the adverse impacts the project would have, including raising water rates for low income families and devastating the Delta and West Coast fisheries, but the Board nonetheless voted for the project under tremendous pressure from Governor Jerry Brown and the Metropolitan Water District. 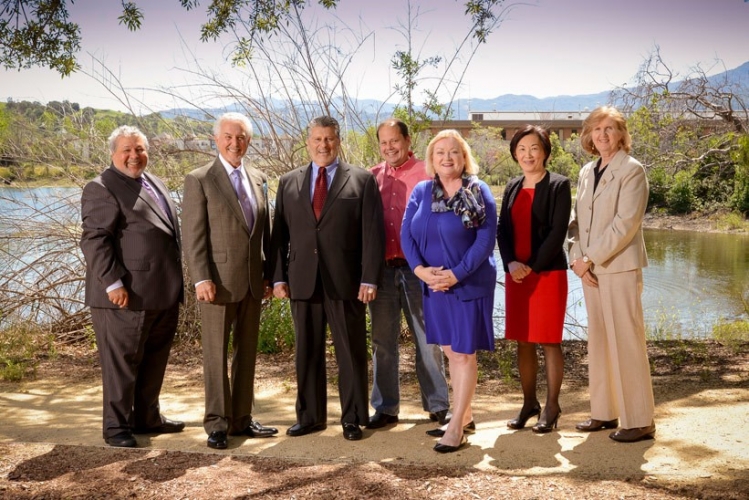 During their vote on a 14 point memorandum, the board did not commit to a specific cost share, but plans to revisit the proposed $650 million financial commitment at a later date.

The decision conflicts with the resolution the board approved in October to only back a single tunnel project. In the ensuing months, the Brown administration, after last fall supporting a phased project proposing the construction of a single tunnel now and a second tunnel later, has put the Twin Tunnels project back on the table.

“The board’s vote today means that Santa Clara County will have a better chance of sustaining its imported water supply in the face of earthquakes, climate change and sea-level rise that threaten the Delta,” said Director Tony Estremera, one of the authors of the Guiding Principles that the board adopted in October to provide a framework for the board’s decision-making process. “Protecting water supplies for homes and businesses in Silicon Valley is a top priority, and we’re still working to get the best deal for the residents and businesses here. This is just the first step in a long effort to secure our water supplies.”

In the discussion before the vote in response to those directors expressing their concerns with the costs and adverse environmental impacts of the project, Estremera said, “Everybody wants to go to heaven, but they don’t want to die.” He then criticized the others for “only looking at the downside” of the WaterFix, and not its potential benefits.

In response, Director Varela quipped, “I do expect to go to heaven.” He then said that rather than voting to fully participate in the project, it would be much better to “sit down with the captains of industry in the Silicon Valley so we can work on a more cost effective way to deliver water… some of the decisions made in this project are based on archaic ideas.”

Quickly after the vote, Governor Jerry Brown issued a statement lauding the decision by the Board. “Simply put, this courageous decision will help two million Santa Clarans have a more reliable water supply,” said Brown.

The Department of Water Resources, the state agency responsible for the planning and construction of the California WaterFix, also praised the district’s decision.

“The Santa Clara Valley Water District Board of Directors showed decisive leadership with its vote to fund WaterFix, which will protect affordable and reliable water for future generations,” said Karla Nemeth, Director of the California Department of Water Resources, in a prepared statement. “In the coming days, the state and the public water agencies funding WaterFix will enter into an agreement to implement final design and construction.”

“This partnership will be organized to deliver the project on time and on budget, while prudently managing risk. We look forward to moving forward with this important project,” said Nemeth.

Delta Tunnels opponents reacted with disappointment to the vote to support the project.

“Some water managers would have you believe the tunnels are a fait accompli but it is far from that. GGSA and allies are already in court challenging this project because federal fish experts have found the twin tunnels will be a disaster for salmon. Getting permits for this project will fall to the next governor and hopefully he will appreciate the damage the tunnels would do to our salmon fishery, so we don’t have to wait for the courts to decide this in our favor,” concluded McManus.

Assemblymember Jim Frazier (D-Discovery Bay) criticized the Board majority for deciding to “tie its ratepayers to what could become the most expensive boondoggle in the state’s history and endanger the environment and economy of the entire Delta region.”

“The decision to flip-flop on the choice it made six months ago is as unconscionable as it is fishy,” he quipped. “After Westlands Water District opted out of the tunnels plan in September, SCVWD’s board in October decided its ratepayers should not be in the business of subsidizing agricultural water districts in the San Joaquin Valley. Nothing has changed since then.”

“As the Mercury News and the East Bay Times noted in a recent editorial, it is irresponsible for a seven-member board, without a vote of its ratepayers, to commit astronomical sums of money to a project that has never had a comprehensive cost-benefit analysis or accurate cost estimate, threatens to destroy an entire ecosystem and way of life and does not create a single drop of new water” aid Frazier. “These ill-conceived tunnels would be the biggest infrastructure project in the state’s history. We know from painful experience how quickly costs spiral out of control on projects of this type. You need look no further than the Bay Bridge and High Speed Rail.”

Barbara Barrigan-Parrilla, Executive Director of Restore the Delta, who during the public comment period urged the Board to reject the Twin Tunnels, also blasted the Board’s decision in a statement:

“Last October, the Santa Clara Valley Water District (SCVWD) board of directors walked away from the twin tunnels because they felt that there were still too many unknowns, and that hasn’t changed. The laundry list of unknowns spans from an incomplete project design to unfinished geotechnical borings, missing engineering analyses related to seismic studies and Delta gas wells, a not-yet-finished revision of the final supplemental Environmental Impact Report, no water affordability analysis, and incomplete air quality permitting and mitigation. That will not be clearer to Santa Clara Valley when they deal with the next fifteen years of litigation that will disrupt this project.

“This afternoon we heard Santa Clara Valley Board directors express that they believe in Government and trust the process. But we believe that in order to trust Government, decision-makers must be held accountable. Over the last two weeks, the public has organized to make phone calls, text messages, emails, and comments before the board to do their civic duty to hold this board and the Department of Water Resources (DWR) accountable. We have worked extensively to attempt to stop litigation and to focus on positive solutions for Delta and state water management, but DWR, Metropolitan Water District of Southern California (MWD), and Governor Brown insist on forcing the project on Californians. Litigation is a form of collaboration, and the next chapter of this fight that is far from over.

“Currently, the project has $650 million from SCVWD, $1 billion from Kern County Water Authority, and $10.8 billion from MWD, which totals around $12.4 billion—meaning that the $16.8 billion project is still short by over $4 billion. If Central Valley Project contractors don’t fill that gap, tunnels proponents will have to recruit private investors to create a public-private partnership and/or increase property taxes in Santa Clara County and the greater Los Angeles area. When the project inevitably faces increased cost overruns and delays, Santa Clara County ratepayers will be paying more than $10.26 a month, and Los Angeles residents will be paying more than $5 a month.”

Dozens of local ratepayers Tuesday and in previous meetings testified as to the adverse impacts the project would have, including raising water rates for low income families and devastating the Delta and West Coast fisheries, but the Board nonetheless voted for the project under tremendous pressure from Governor Jerry Brown and the Metropolitan Water District.

During the public comment period, one San Jose woman, a biologist, told the Board, “Why don’t we put the California WaterFix on the ballot this November? I seriously doubt it would get voter approval.”

In fact, the Governor, California Legislature and water contractors have done everything they can to prevent the Delta Tunnels from going before the voters because the tunnels are likely to be decisively defeated by the voters just like the peripheral canal was defeated in November 1982.

As Assemblymember Frazier summed up, “The vast majority of those who spoke at today’s meeting vehemently opposed SCVWD participating in this disastrous project. The Board’s decision clearly violates the wishes of the ratepayers it represents.”

Last month, the Metropolitan Water District of Southern California Board of Directors also voted to support the WaterFix project in full, also voting against the interests of its stakeholders.

On Monday, two groups accused the Metropolitan Water District (MWD) of Southern California’s Board of Directors of “blatantly violating” the Brown Act, the state’s landmark open government law, by “making decisions behind closed doors” before a public vote on the multi-billion dollar tunnels project.

In a letter, Food & Water Watch and The First Amendment Coalition called on the Metropolitan Water District to “formally withdraw” its commitment to finance the tunnels, or risk a lawsuit to nullify the vote. To read the full letter, go here: https://bit.ly/2wlt9z5
Add Your Comments
Support Independent Media
We are 100% volunteer and depend on your participation to sustain our efforts!