Newswire
Calendar
Features
Home
Donate
From the Open-Publishing Calendar
From the Open-Publishing Newswire
Indybay Feature
Publish to Newswire
Add an Event
Related Categories: South Bay | Global Justice & Anti-Capitalism | Immigrant Rights | Labor & Workers | Racial Justice
Calling Out Samsung on International Workers Day in San José
by Deb Hoag photos/R. Robertson text
Saturday May 5th, 2018 12:58 AM
May 1, 2018 was a global day of action against Samsung as well as being International Workers Day around the world. In the South Bay, Samsung protesters joined May Day demonstrators starting at Roosevelt Park in San José and marched to City Hall for a rally attended by members of local, national, and international unions, immigrant rights advocates, affordable housing activists, and Filipino justice campaigners, amongst others. 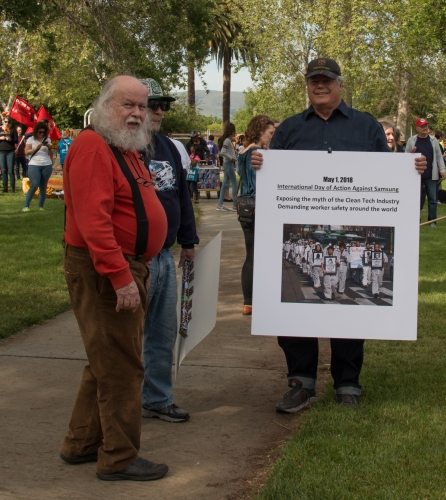 original image (1928x2160)
Coordinators of a global day of action against Samsung on May 1, 2018 say electronics production is chemically intensive with hazardous chemicals resulting in contamination that has sickened many workers. Samsung factory workers in South Korea have died due to occupational illnesses. The South Korean government and courts have connected a growing number of cases of serious occupational illnesses to work in Samsung factories.

Activists in San José, California rallied on May 1st to call attention to the unsafe work conditions for Samsung employees around the world. They demanded that Samsung withdraw legal actions in South Korea and Vietnam that would suppress chemical monitoring and workers’ abilities to speak about their working conditions. Samsung has actively opposed trade unions for decades.

The San José Samsung demonstrators joined the city's International Workers Day March and Rally that included Fight for 15 (movement for a minimum wage of $15/hr), the Laborers' International Union of North America, the International Migrants Alliance, SEIU, and PAWIS--the Pilipino Association of Workers and Immigrants, amongst many organizations. All joined in the call for respect for workers and worker safety around the world.

As has been a tradition now for more than a decade, immigrant rights was a prominent theme of the San José gathering. The Tezkatlipoka Aztec Dance and Drum group contributed to the event, performing along the march route and in front of City Hall.
http://www.ipen.org/news/press-release-glo...
§Serve the People!
by Deb Hoag photos/R.Robertson text Saturday May 5th, 2018 12:58 AM 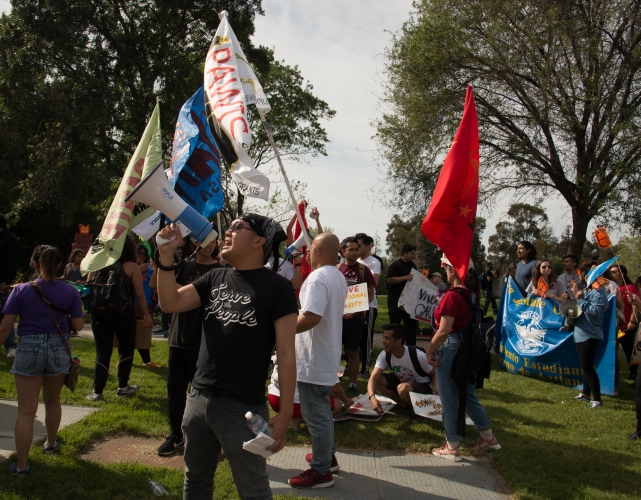 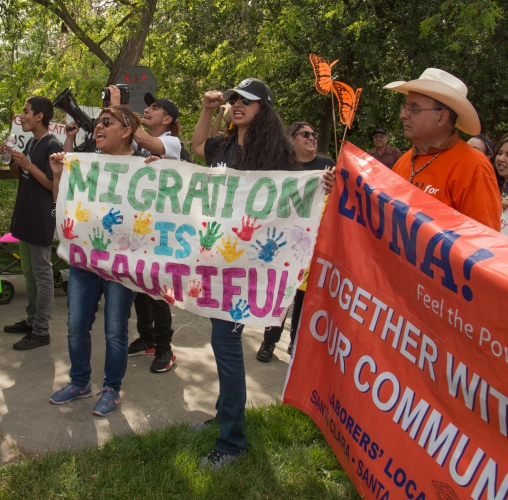 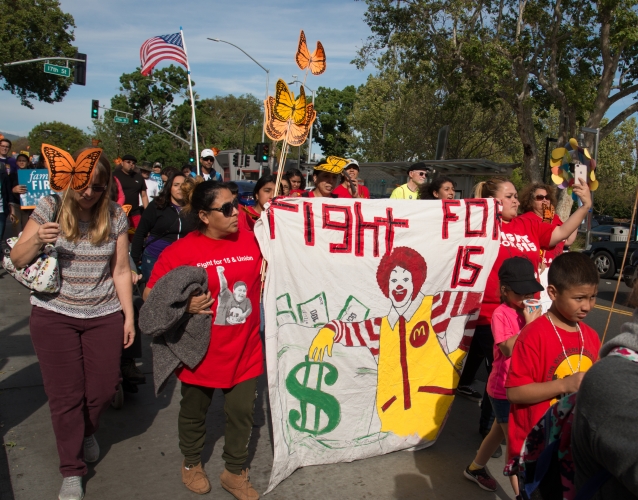 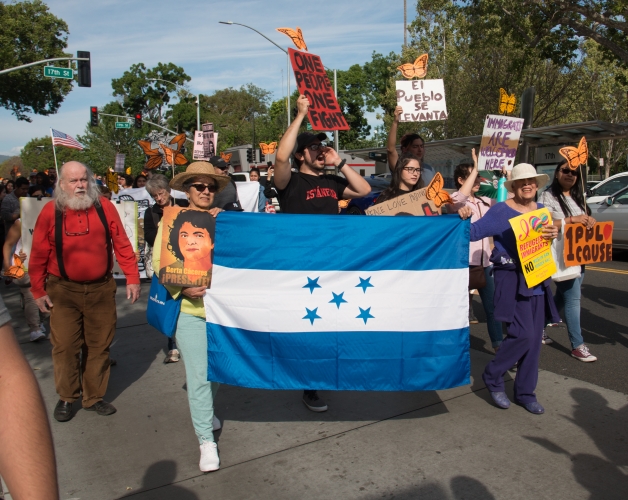 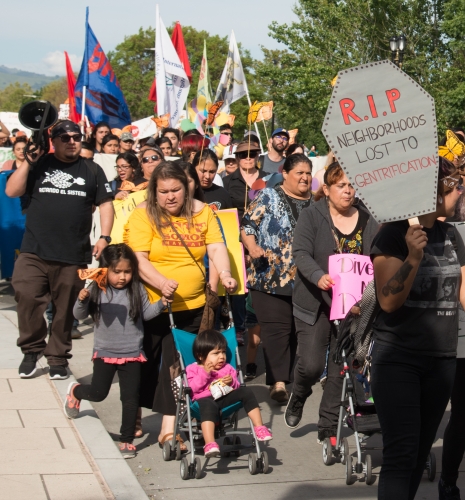 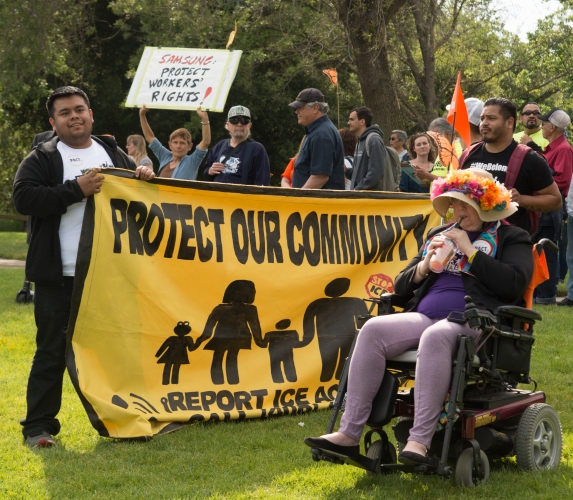 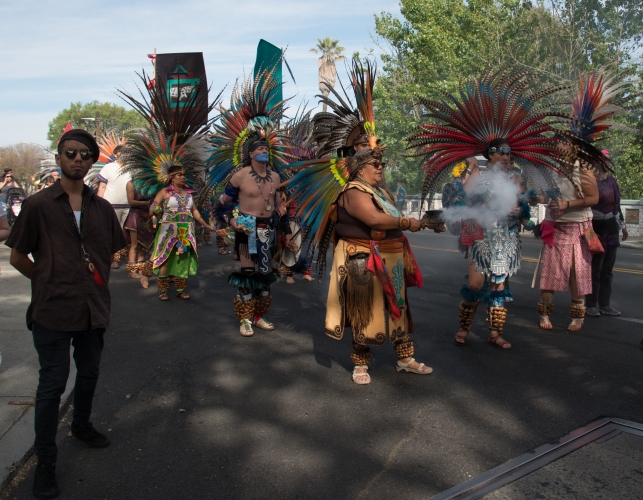 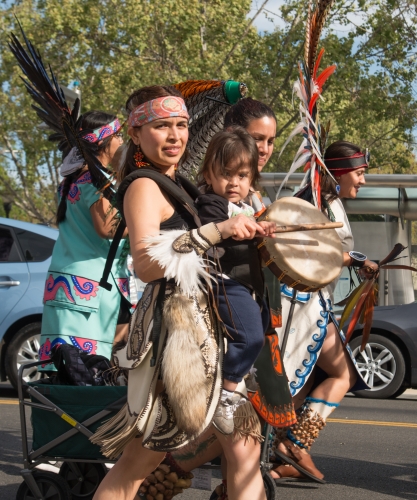 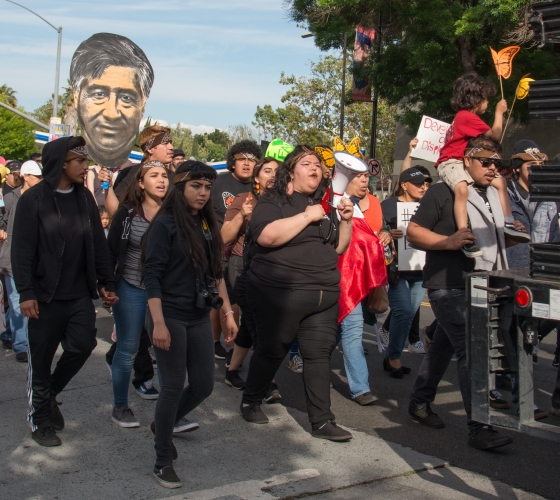 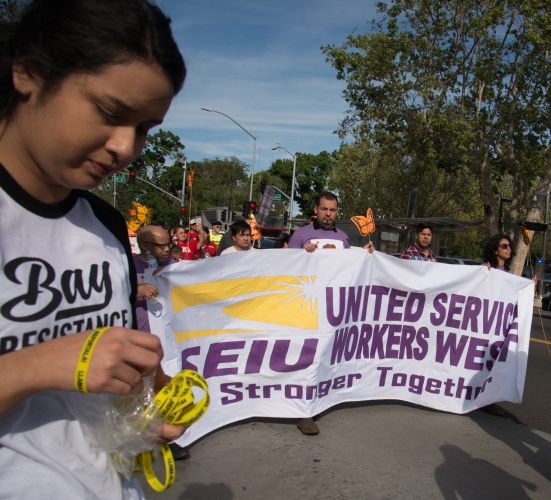 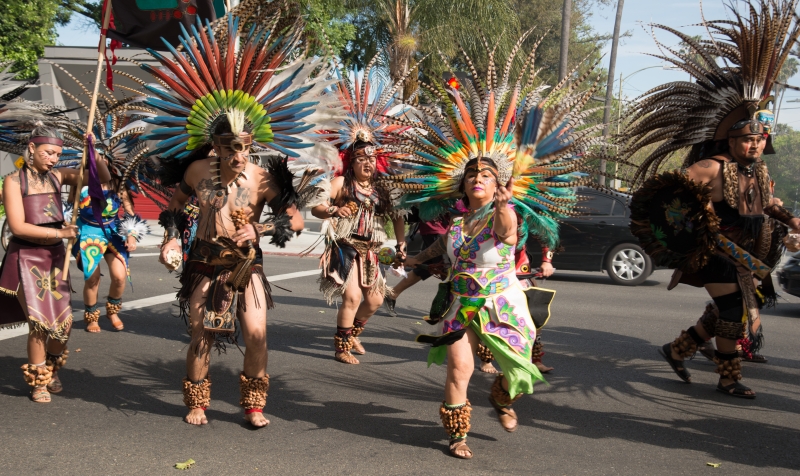