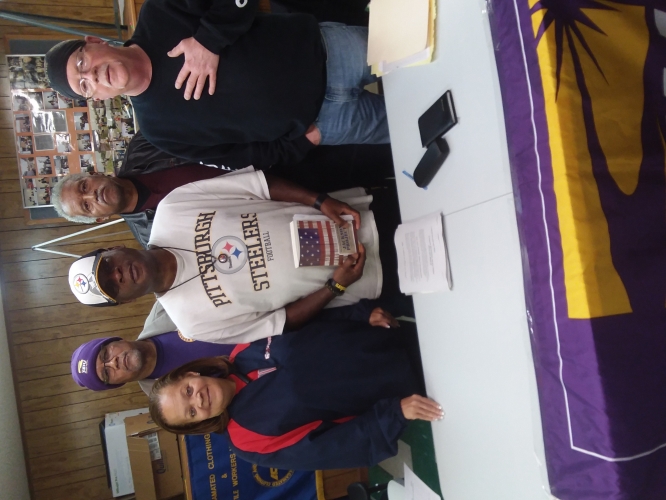 The National Labor Board has issued a Complaint against Mohawk Industries, and dismissed an unlawfully obtained decertification petition. The NLRB’s actions resulted from an intensive six-month investigation.

- Direct solicitation of employee signatures on a decertification petition

- Illegal “interrogation” and “surveillance” of employees

- Allowing several anti-union employees free-run of the plant during working hours, in order to solicit signatures

The company's attorney made several attempts to circumvent the evidence, based on procedural technicalities, but was repudiate by the Board each time.

During September, 2017, Mohawk transferred two Human Resource executives from its corporate office in Calhoun Georgia, to its Eden facility. On September 26, they led seven hand-picked hourly employees, and several members of local management, on a trip to a nonunion Mohawk plant in Gardner, North Carolina. Within several days, the majority of these hourly workers were actively circulating a decertification petition on the shop floor.

"Mohawk engaged in an illegal conspiracy to undermine the union and strip American workers of their rights under the National Labor Relations Act," said Phil Cohen, Special Projects Coordinator for Workers United. "Management underestimated the intelligence and character of their employees. Carloads of workers found the courage to come forward and give affidavits to the NLRB, exposing the scheme."

The National Labor Relations Act requires employers to remain union-neutral, and uninvolved in matters pertaining to decisions by its workforce to be represented.

The National Right to Work Committee announced it will challenge the decision. The NRTWC has been aggressively seeking test cases, since the Trump election, in its efforts to dismantle regulations protecting workers from employer sponsored union busting.

Mohawk Industries is a Fortune 500 international conglomerate, engaged in the manufacture of floor covering products, listed on the NYSE as MHK. In 1993, it acquired the Karastan facility in Eden, North Carolina, where a variety of residential rugs and commercial carpeting is produced.

Workers United is one of the largest unions in the South, representing employees across a broad spectrum of industries. Its Local 294-T has represented workers at the Karastan rug mill since 1939. Phil Cohen is the critically acclaimed author of The Jackson Project: War in the American Workplace (University of Tennessee Press; July, 2016).
http://www.hardmilesmusic.com/jacksonproject.html 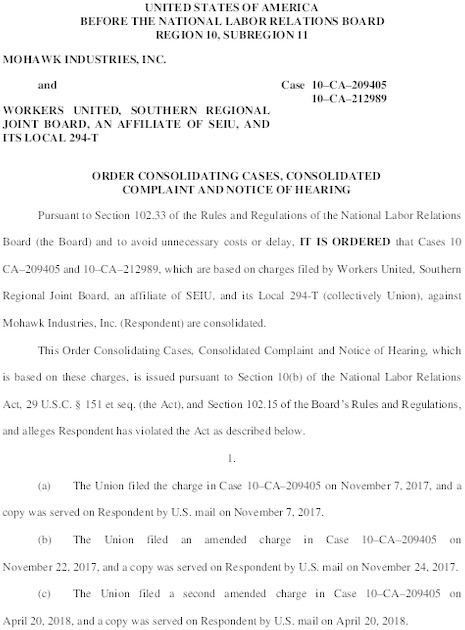 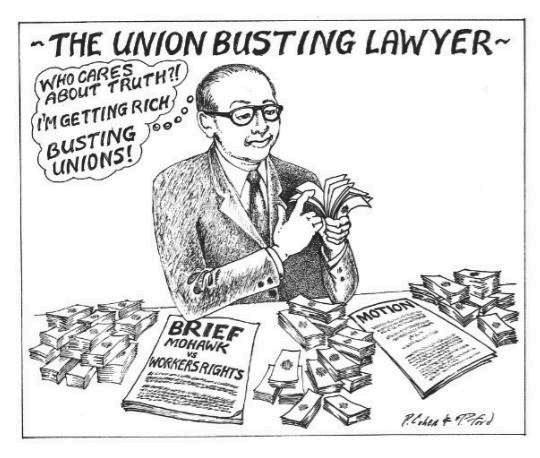 Cartoon from union leaflet by artist Patricia Ford
Add Your Comments
Support Independent Media
We are 100% volunteer and depend on your participation to sustain our efforts!