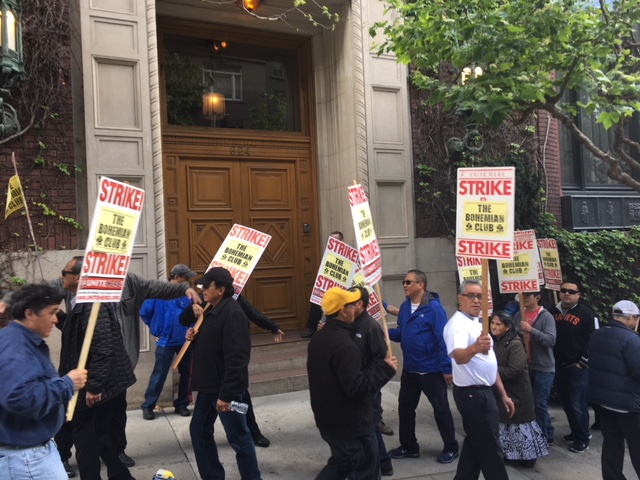 One hundred Unite Here Local 2 workers at the billionaires Bohemian Club in San Francisco have been without a contract for eight years. They began a two day strike on April 26, 2018 and talked about the fight for a living wage and the crisis for workers in San Francisco on the second day of the strike. The club has also made it difficult for union representatives to talk to the workers in the club. The last strike at the Bohemian Club was in 1989.
Additionally, the contract for 9,000 hotel workers in San Francisco and San Mateo are expiring in August and this might be the prelude to that battle.
For more information:
http://www.bohoexposed.org
Production of Labor Video Project
http://www.laborvideo.org
https://youtu.be/zsEyvHK4X1U
§A Unite HERE Local 2 Striker
by Labor Video Project Friday Apr 27th, 2018 10:07 PM 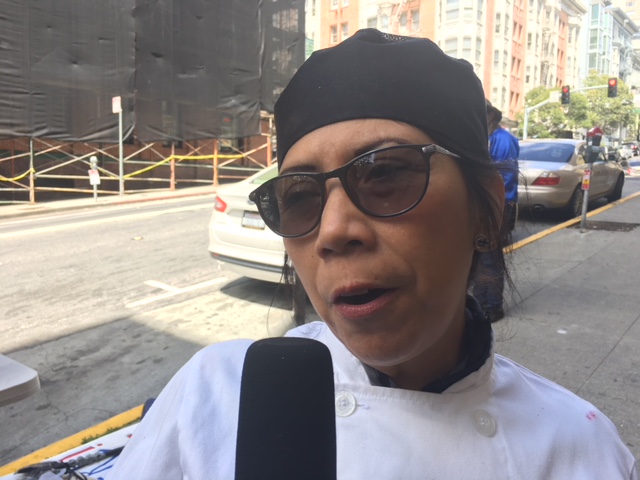 There is strong solidarity on the picket line.
https://youtu.be/zsEyvHK4X1U
§Managers Were Doing The Work Of Strikers
by Labor Video Project Friday Apr 27th, 2018 10:07 PM 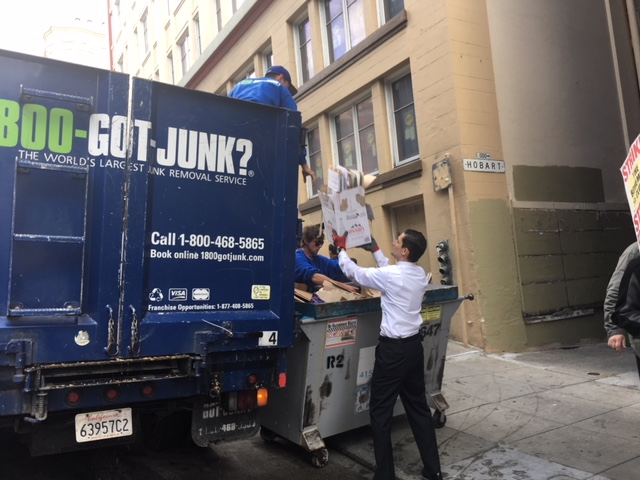 Managers were forced to remove the garbage during the successful strike
https://youtu.be/zsEyvHK4X1U
§Home Of Millionaires and Billionaires
by Labor Video Project Friday Apr 27th, 2018 10:07 PM 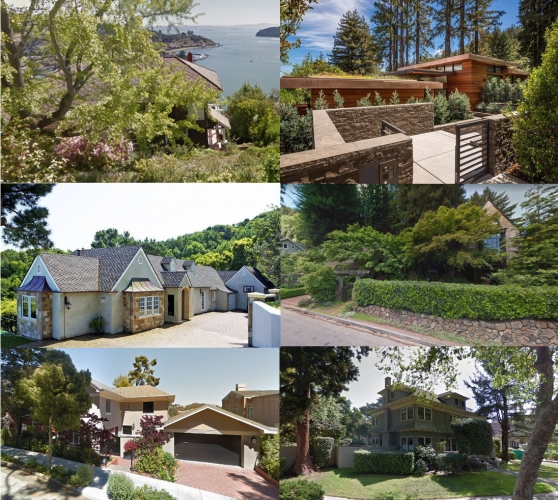 original image (1096x982)
On the salary of workers it would take hundreds of years to purchase these billionaire and millionaire homes.
https://youtu.be/zsEyvHK4X1U
§Bohemian Club Owl
by Labor Video Project Friday Apr 27th, 2018 10:07 PM 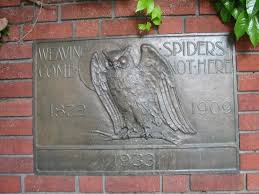 The Bohemian Club includes major capitalists who are involved in busting unions in the US and around the world
https://youtu.be/zsEyvHK4X1U
Add Your Comments
LATEST COMMENTS ABOUT THIS ARTICLE
Listed below are the latest comments about this post.
These comments are submitted anonymously by website visitors.