by Prisoners United via Jose Valle, Silicon Valley De-Bug
As of today April 20, Prisoners United reports that the jail administration has yet to enter into negotiations with prisoners on the 6th day of a hunger strike. On April 15th, prisoners began a hunger strike in protest of solitary confinement, grievance system negligence, and meaningless classification reviews, among other injustices. 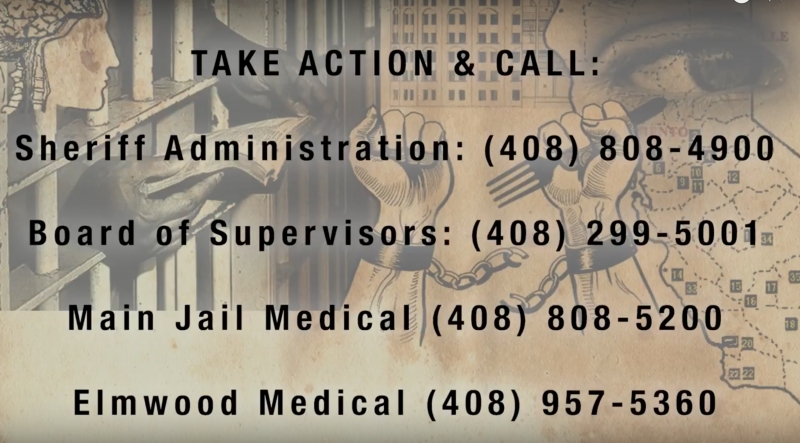 Currently, the jail administration has yet to make any negotiations. As of today April 20, Prisoners United will be assessing day to day whether or not they will continue to strike but are prepared to strike for another seven days and/or until Sheriff Laurie Smith begins negotiations.

Hunger Strikers have suggested that they understand that meeting demands will take time and that they would be content if everyone currently in Solitary Confinement/Administrative Segregation and/or classified as Maximum Security "Red Tops" be released from solitary and re-classified as Medium Security "Orange Tops" as a good faith effort to meet demands.

On Monday April 23, a magistrate judge is scheduled to hold a mediation session on solitary confinement issues in Santa Clara County concerning the Chavez Vs. Santa Clara County Class Action lawsuit. The Prison Law Office which has taken on the suit is hoping to get some clarity from the county’s position as they have not made any commitments.
Add Your Comments
Support Independent Media
We are 100% volunteer and depend on your participation to sustain our efforts!