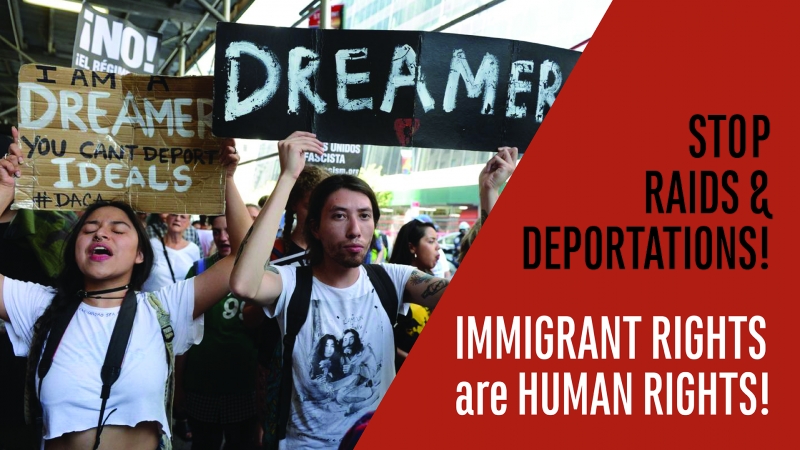 Throughout the country, immigrants who have lived, worked and raised their families in the U.S. are under attack as Trump threatens to roll back Temporary Protective Status (TPS) and the Dream Act (DACA). In the sanctuary state of California, Gov. Brown claims to protect the rights of immigrants, while committing 500 National Guard troops to be deployed along the Mexico border at the request of the Trump administration, as ICE continues to terrorize immigrant workers through raids across the state. Hear analysis on the current crisis from the La Riva for Governor campaign, which calls for full rights for all immigrants, and join us at the Int'l Workers' Day action to demand an end to the racist anti-immigrant attacks.

Also — Solidarity with the People of Brazil!

Widespread protests across Brazil continue as the rightwing Temer-led government attempts to silence progressive forces through the recent sentencing of former president Lula of the Workers Party to the assassination of progressive city councilwoman Marielle Franco in Rio last month. Hear the latest developments from the struggle in Brazil and how we in the U.S. can stand in solidarity.

$3-10 donation, no one turned away for lack of funds.
Refreshments provided. Wheelchair accessible.

END_OF_DOCUMENT_TOKEN_TO_BE_REPLACED
Added to the calendar on Fri, Apr 20, 2018 8:58AM
Add Your Comments
Support Independent Media
We are 100% volunteer and depend on your participation to sustain our efforts!