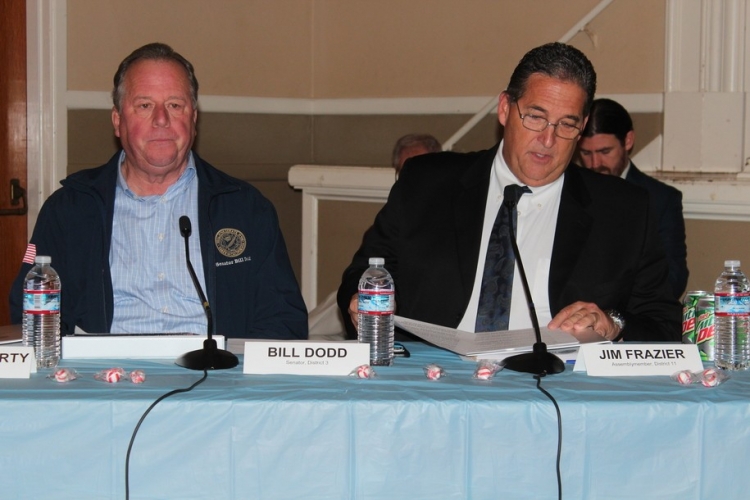 original image (915x610)
Governor Jerry Brown described the vote by the Metropolitan Water District (MWD) of Southern California Board of Directors on April 10 to support the Delta Tunnels as “a historic decision that is good for California – our people, our farms and our natural environment.”

Assemblymember Jim Frazier (D-Discovery Bay) strongly disagrees with Brown’s assessment of the vote as “a historic decision,” instead issuing a statement pointing out how MWD’s “dishonesty” threatens to destroy the Delta:

“Californians deserve comprehensive 21st century water management solutions in light of climate change and more frequent and devastating droughts, not a decades old plan that creates no benefit and picks the pockets of hard-working people.

The vote by the Metropolitan Water District of Southern California shows that proponents of this project have been deceitful the whole time. There’s never been a 'statewide' approach as they’ve claimed. It’s never been about sustainability but a foolhardy plan to overdraw the Delta to sell a limited and precious natural resource to the highest bidder.

This boondoggle uses antiquated methods for water delivery to degrade the water quality for all Californians and places greater burdens on farmers in the Delta and Central Valley.

Just like the Colorado River Compact, this project is built on false pretenses of water availability.

Met has already proven they are bad actors by overcharging San Diego for water many times. Given this history, my concern is Met may try to overcharge Central Valley farmers too.”

In spite of appeals by many of its ratepayers to oppose the Delta Tunnels project, the Metropolitan Water District of Southern California’s Board of Directors voted 61% to 39% to support the full project to build two massive water tunnels under the Sacramento-San Joaquin River Delta.

The vote in favor of the twin tunnels took place after a topsy-turvy week where representatives of the giant water agency flip-flopped between support of a one tunnel proposal and a two tunnels option.

The Board pledged to commit $10.8 billion (or possibly more without a spending cap) to cover 64.6 percent (or more) of the upfront construction costs of the $17 billion project, making Metropolitan the project’s primary investor.

For more information, go to: http://www.dailykos.com/…
Add Your Comments
LATEST COMMENTS ABOUT THIS ARTICLE
Listed below are the latest comments about this post.
These comments are submitted anonymously by website visitors.