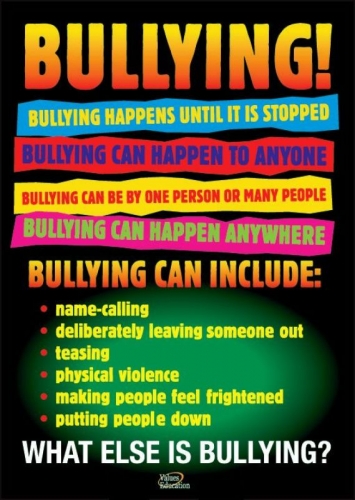 Import event into your personal calendar
Date:
Tuesday, April 10, 2018
Time:
6:00 PM - 8:00 PM
Event Type:
Protest
Organizer/Author:
Defend Public Education NOW!
Location Details:
SFUSD
Irving G. Breyer Board Meeting Room
555 Franklin Street, First Floor
San Francisco, CA 94102
Defend Public School Teachers/Terminate PAR NOW! And Hands Off Margaret Reyes
Statement By Defend Public Education NOW!
4/1/18
Defend Public Education NOW! is calling for the immediate termination of Peer Assisted Review PAR programs though out the state of California. The PAR program was sold to teachers and the public with the propaganda that it would help improve teachers in our public education system. Instead it has been used to target senior teachers, African American teachers and Latino teachers. This has been documented in the struggle of Brian Crowell, a Berkeley Federation of Teachers BFT Steward who sought to defend members who had been targeted by the PAR program. As a result of his investigation he discovered that the president of Berkeley Federation of Teachers was receiving funds from the district to discipline teachers in the PAR program. He himself was targeted in retaliation and was illegally harassed and bullied.
https://www.eastbayexpress.com/…/berkeleys-unequal…/Content…
https://www.youtube.com/watch?v=XEkVLwAyIwo
https://soundcloud.com/…/ww12-9-14-bft-member-brian-crowell…
Senior Teachers Targeted
The PAR labor management program has been used as a tool to get rid of thousands of senior teachers. Threatened with termination these teachers have been illegally coerced to retire early threatening the rights to pensions that they need in retirement. It has also been an financial incentive for districts to remove long term teachers and bring in TFA and other younger teachers thereby de-professionalizing the level of competence and skills in the districts and also leading to a serious shortage of teachers. Thousands of teachers in Los Angeles have been put in teacher jails using PAR to illegally push them out of the district
The union leaderships have also been involved in forcing teachers to sign illegal “non-disclosure” agreements that the termination will not result in further retaliation however these teachers have been blacklisted and removed from the profession. They have also been victims of massive workplace bullying and mobbing enabled by the both CTA and CFT union leaderships that have been part of this reactionary program.
In San Francisco the UESF leadership have colluded with the district management to also nearly $1 million from the parcel tax to target and bully teachers in the program and use perks for those teachers who become staffers for the program.
They have now targeted Margaret Reyes a long term teacher who refused to enter the program since the officials of the program had been involved in personally harassing and bully in her on the job. The district has had an illegal Skelly hearing and is moving forward with a 15 day suspension and for termination for refusing to go through this anti-labor and reactionary program. The UESF are also going along with the illegal Skelly hearing and the likely termination of Reyes. The union official during the hearing also admitted that PAR is being used as a discriminatory weapon against teachers. The question is why the UESF leadership would have this position and yet continue to support this program and even imbed it into the union contract. This is not the role of an independent union but a “company union” that is really representing the interests of management.
Those who oppose the PAR program can call UESF at 415- 956- 8373 ask that they defend employee number 18505.
Defend Public Education NOW! is calling for the UESF and all California CTA and CFT locals to immediately terminate this program and demand that the funding be used instead for more teachers and counselors for the students. W also also calling on the CTA, CFT, NEA and AFT to call for the immediate termination of these programs and their discriminatory practices against senior teachers and African American and Latino teachers.
We will also speak out at the SFUSD School Board meeting on
Tuesday April 10, 2018 6:00 PM
SFUSD
Irving G. Breyer Board Meeting Room
555 Franklin Street, First Floor
San Francisco, CA 94102
Terminate PAR NOW
NO more labor management partnerships and workplace bullying
Stop Discrimination against senior, African American and Latino Teachers
Hands Off Margaret Reyes
Defend Public Education NOW!
https://www.facebook.com/DefendPublicEducationNOW/
END_OF_DOCUMENT_TOKEN_TO_BE_REPLACED
Added to the calendar on Tue, Apr 10, 2018 1:15PM
Add Your Comments
Support Independent Media
We are 100% volunteer and depend on your participation to sustain our efforts!