Protest for Gaza: End the Massacre! 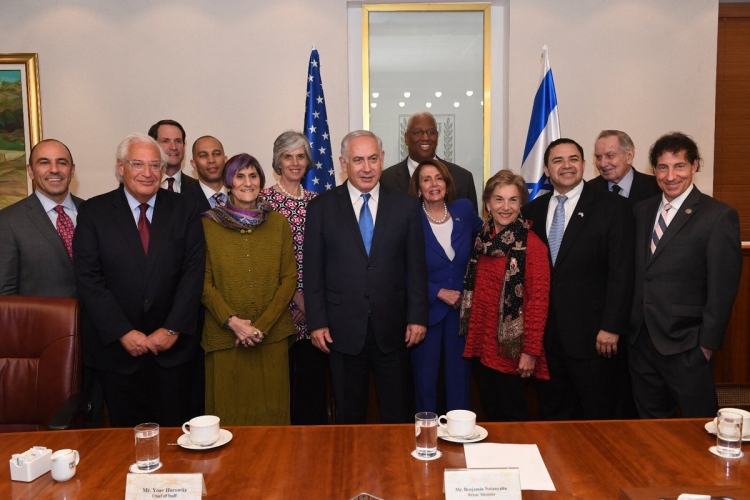 Eighteen Palestinians were fatally injured on March 30, which saw the greatest number of Palestinian fatalities at the hands of occupation forces in a single day since Israel’s massive assault on the Gaza Strip in summer 2014.

Fourteen protesters were killed that day as occupation snipers opened fire on a mass demonstration held at various points along Gaza’s eastern boundary with in what Palestinian human rights group Al-Haq described as “a calculated, unnecessary, disproportionate and indiscriminate use of lethal force.”

On March 26, Rep. Jimmy Panetta and other House Democrats traveled to Israel and met with Israeli Prime Minister Benjamin Netanyahu. Netanyahu tweeted that night that he’d had an “excellent meeting” with the congresspeople.

At that time, Israel was already planning to shoot Palestinians in Gaza at the Land Day demonstration on Friday: “dozens of snipers will be deployed along the Gaza border,” the army announced that same day. See: http://mondoweiss.net/2018/04/excellent-netanyahu-snipers/

Rep. Jimmy Panetta has been an ardent supporter of the Israeli government and its policies of apartheid and settler colonialism. This was Rep. Panetta's second trip to Israel since taking office in January 2017.

The Youtube 28 minute movie, which refers to the 51 Day Gaza Massacre by Israel is:
“Jewish-American on Israel's Fascism: "No Hope For Change From Within"” Abby Martin interviews Max Blumenthal at
https://www.youtube.com/watch?v=MlNn1v4_Uf0&bpctr=1522915691
The video shows revealing and horrifying scenes of Zionists taking over a mosque, and an Israeli military van driving through a Palestinian area threatening terrible things against Palestinians who throw stones at the 4th largest military in the world, which is Israel's military.

Max Blumenthal makes clear that Israel's fascist terror inside Israel and in the West Bank and Gaza is only possible with American tax dollars. We pay for all of this to the tune of $4 billion a year, and this promotion of this fascist police state where the American military train and American police are trained, is supported 100% by the Democratic and Republican parties, at every level of office. Israel exists now and has always existed as an American military base to maximize the profits of US oil companies in the Middle East and all other US companies around the world.

Marjorie Cohn, a law professor and former president of the National Lawyers Guild, has the particulars on the latest Israeli war crimes at:
“In Wake of Gaza Massacre, Israeli Leaders Should Be Prosecuted for War Crimes” by Marjorie Cohn, 4/8/18 at
https://www.truthdig.com/articles/in-wake-of-gaza-massacre-israeli-leaders-should-be-prosecuted-for-war-crimes/

See also:
“Pre-Mediated Murder: How Israel Provided Evidence of Its Own War Crimes” by Ben White, 4/6/18 at
https://www.mintpressnews.com/pre-meditated-murder-gaza-israel-provided-evidence-crimes/240189/

END_OF_DOCUMENT_TOKEN_TO_BE_REPLACED
Add a Comment
Support Independent Media
We are 100% volunteer and depend on your participation to sustain our efforts!