“For almost a year, we’ve worked in good faith to try and address the widening disparities affecting UC’s lowest wage workers,” says Oscar Rubio, Vice President of AFSCME Local 3299’s Service Unit and member of the union’s Bargaining Team. “Instead of trying to close these gaps and preserve critical pathways to the middle-class for disadvantaged communities, UC administrators are pushing proposals regarding subcontracting, and gutting our staffing—all issues that would make things worse.”

Public outcry over these issues has intensified amidst the release of a new study that highlights worsening income, racial, and gender disparities amongst UC’s workforce—with women and people of color being the most adversely affected [See attached report: Pioneering Inequality: Race, Gender and Income Disparities at the University of California]. The study shows that women and people of color earn starting wages as much as 21 percent less than white males and that black women must work an average of 6 years before reaching the start line for white men at UC.

“Fifty years after the death of the greatest champion the Civil Rights and Labor Movement has ever seen, we’re still fighting to shatter the glass ceiling for women and people of color,” adds Monica De Leon, Vice President of AFSCME Local 3299’s Patient Care Unit. “When the state’s 3rd largest, publicly funded employer fails to meet the standards of fairness and equality, it’s our duty and responsibility to hold them accountable.” 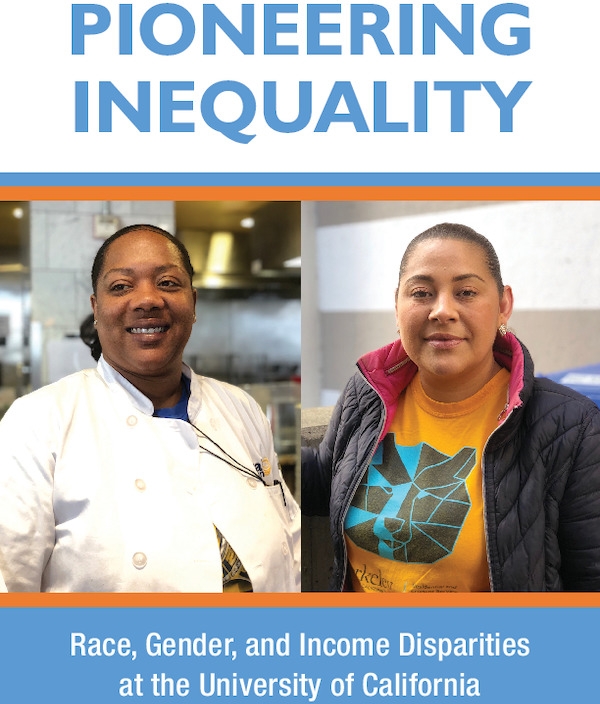