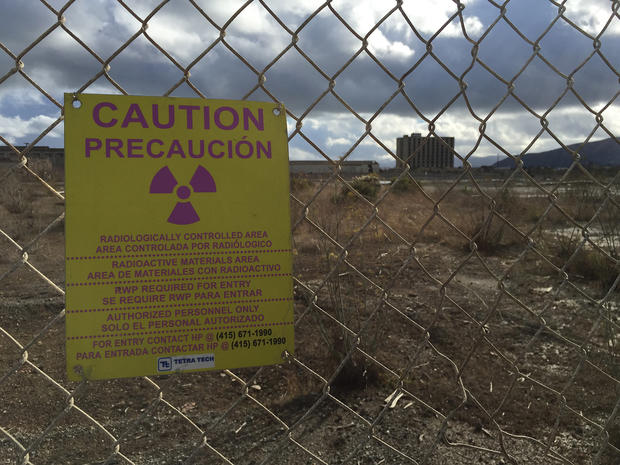 Tetra Tech executives conspired to cover-up the "clean-up" of the highly contaminated nuclear site. Despite the 6 whistleblowers from Tetra Tech who blew the whistle on the criminal cover-up of the "cleanup" Senator Feinstein and Congresswoman Pelosi have refused to call for any investigation of the $1 billion dollar fraud on the US government by this testing falsification of the dangerous Superfund site that now contains housing built by Lennar Urban. Congresswoman Pelosi's cousin worked as a executive of Lennar while she was pushing the development
https://www.youtube.com/watch?v=ky5QFa-q1UU
§Tetra Tech Health and Safety Whistleblowers
by United Public Workers For Action Saturday Mar 31st, 2018 11:18 AM 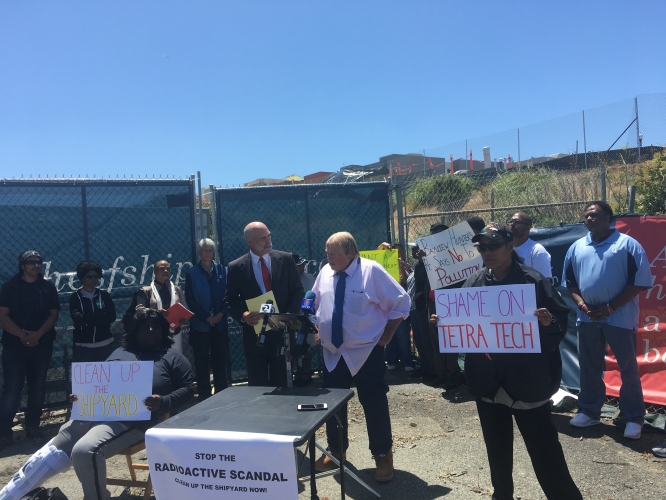 original image (4032x3024)
Tetra Tech health and safety inspectors put their jobs and lives on the line to warn the public about the criminal cover-up of testing by Tetra Tech bosses. The US Navy continues to employ Tetra Tech at the Treasure Island remediation and they have hundreds of millions of dollars of contracts throughout the United States despite their criminal fraud in the "clean-up" at the Hunters Point Naval Shipyard/Radiological Laboratory and Treasure Island.
San Francisco, California and US political representative from California have been completely silent about this massive cover-up and criminal $1 billion dollar fraud on the people of the United States.
https://www.youtube.com/watch?v=ky5QFa-q1UU
§LIVE STREAM Press Conference for Criminal Investigation Pelosi Feinstein
by John Parulis Friday Apr 13th, 2018 2:33 PM

original image (1365x768)
This press conference will present evidence that Congresswoman Nancy Pelosi and Senator Diane Feinstein have been engaged in obstruction of justice and fraud on the American people by refusing to investigate the $1 billion dollar fraud at the clean-up at the Hunters Point Naval Shipyard and Treasure Island.

This press conference will present evidence that Congresswoman Nancy Pelosi and Senator Diane Feinstein have been engaged in obstruction of justice and fraud on the American people by refusing to investigate the $1 billion dollar fraud at the clean-up at the Hunters Point Naval Shipyard and Treasure Island. Whistleblowers including Test America Quality Assurance Manager Michael Madry discovered falsified testing at the Hunters Point Naval Shipyard and the Treasure Island sites and reported this to Congresswoman Pelosi. He was bullied and fired by Test America and the Federal Investigator and lawyer Darrell Whitman at the OSHA Whistleblower Protection Program investigated his case and found merit that he had been retaliated against for reporting health and safety violations. OSHA Investigator and Lawyer Darrell Whitman was then bullied and illegally terminated by OSHA and the Department of Labor for refusing to change his report on Michael Madry.

He sent the information of the corruption to Senator Feinstein and she responded but refused to investigate and defend him against the illegal harassment and termination.

Both Senator Feinstein and Congresswoman Pelosi also have numerous financial conflicts of interests in the development project and have ignored and suppressed investigations of the termination of 7 whistleblowers by the Tetra Tech company which as received hundreds of millions of dollars from the US Navy for remediation of both sites. The Navy hired an independent consultant that found that 50% of the tests were fraudulent on the $1 billion dollar project. Neither Senator Feinstein and Congresswoman Pelosi have carried out their responsibility to protect the interests and people of San Francisco, California and the United States in this massive criminal fraud and obstruction of justice.
http://ilmlivestream.com/
Add Your Comments
LATEST COMMENTS ABOUT THIS ARTICLE
Listed below are the latest comments about this post.
These comments are submitted anonymously by website visitors.