Add an Event
Newswire
Calendar
Features
Home
Donate
From the Open-Publishing Calendar
From the Open-Publishing Newswire
Indybay Feature
Publish to Newswire
Add an Event
Related Categories: Peninsula | Anti-War | Education & Student Activism
1,500 Students Walk Out in Menlo Park
by R. Robertson
Thursday Mar 15th, 2018 4:45 PM
An estimated 1,000 Students from 4 high schools on the San Francisco Peninsula joined forces to march along El Camino Real on March 14. After the rally police estimated that the figure was 1,500. Students called for stricter gun control laws and were part of the national day of action in which 1 million students across the US took part. Photos by Jennifer Fraser. Free to use for non-commercial purposes, please credit the photographer. 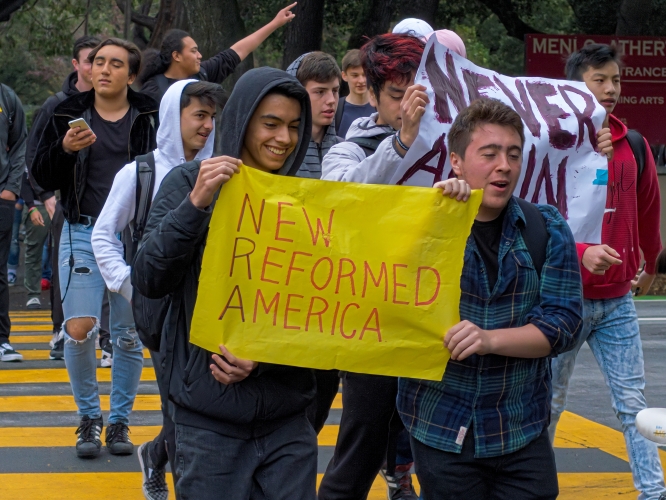 Hyperlocal news site InMenlo reports that 1,000 students from 4 high schools marched together along El Camino Real with most departing from Menlo-Atherton High School at 10am. After the rally police estimated that the figure was 1,500. Students from other San Francisco Peninsula schools came from Menlo School, Sacred Heart Prep, Gunn High School, and were joined by students from schools in East Palo Alto.

Student speakers said they want to feel safe at school and to create a pipeline of information about gun violence. Across the U.S. students called for Congress to take action with strict gun laws and called out the National Rifle Association for being complicit in creating an unsafe environment in the nation's schools.
§Marching out of M-A High School
by R. Robertson Thursday Mar 15th, 2018 4:45 PM 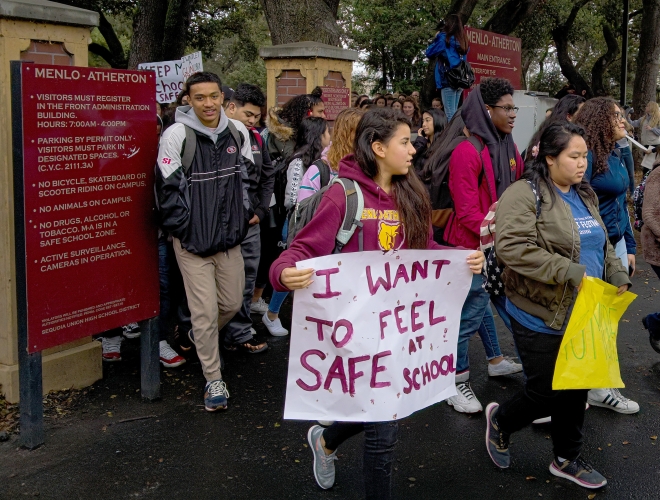 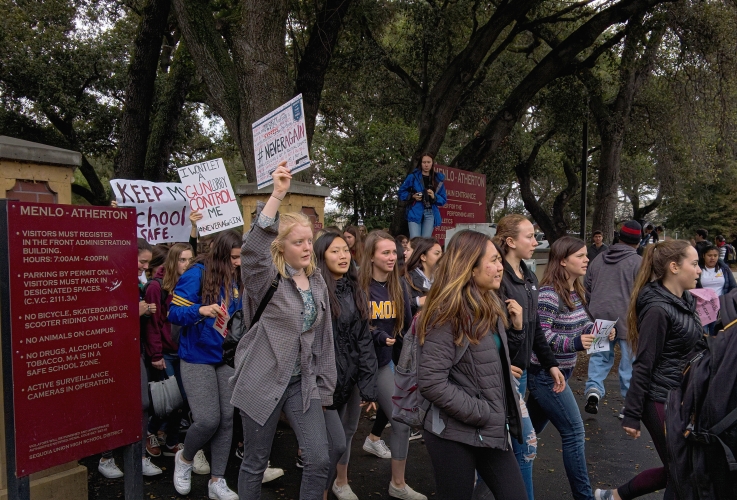 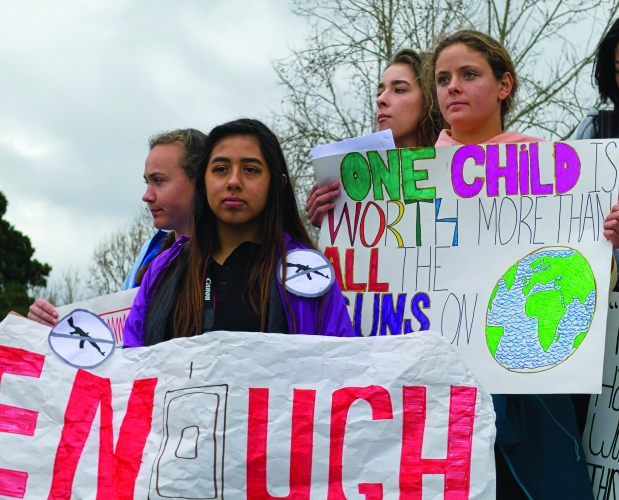 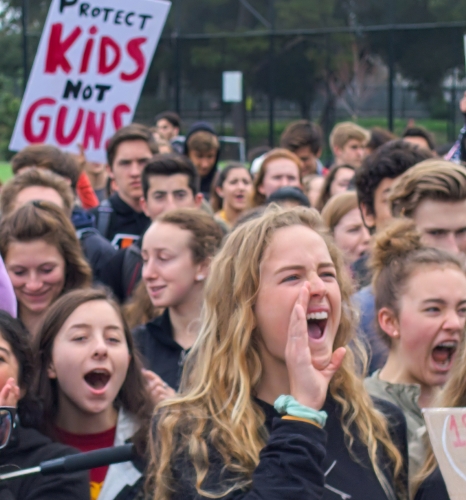 original image (2913x3122)
Add Your Comments
Support Independent Media
We are 100% volunteer and depend on your participation to sustain our efforts!