Film In Berkeley "Nuclear Cattle" Documentary and Discussion About Fukushima 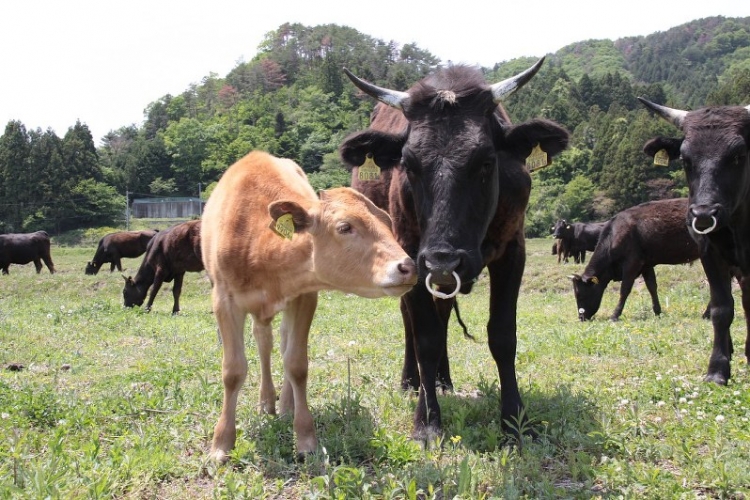 "Nuclear Cattle," directed by Tamotsu Matsubara, 58, focuses on the farmers' response after the government ordered them to slaughter livestock exposed to radiation due to the disaster.

Matsubara spent about five years making the film, repeatedly returning to affected areas in Fukushima Prefecture from June 2011 onward, capturing the thoughts of the cattle farmers.

As a consequence of the disaster, the farmers have been unable to sell cattle exposed to radiation, and are also losing money on food for the animals. Yet in some cases, they continue to keep the cows.

Among those featured in the film is a man who refuses to cave in to the government's order to slaughter the cattle. On the other hand, there are others who have completed the slaughter, coming out with statements such as, "I will never rear an animal again in my life."

This event will screen "Nuclear Cattle" and will be followed by a discussion on recent developments in Fukushima.

"Nuclear Cattle" is Matsubara's first feature film. In making the movie, he was also supported by veteran producer Takeshi Shiba, 53, who has vast experience in the field of documentary production.

"There was no need to sugarcoat the raw statements made by the farmers. I just wanted to spread the voices of these people, and for them to be accepted across the nation," Shiba explains.

Meanwhile, the director says, "These people believe money alone won't help them find a solution, and that's where we can find how precious their way of life as human beings is."
END_OF_DOCUMENT_TOKEN_TO_BE_REPLACED
Added to the calendar on Wed, Mar 14, 2018 10:40PM
§Film Screening
by No Nukes Action 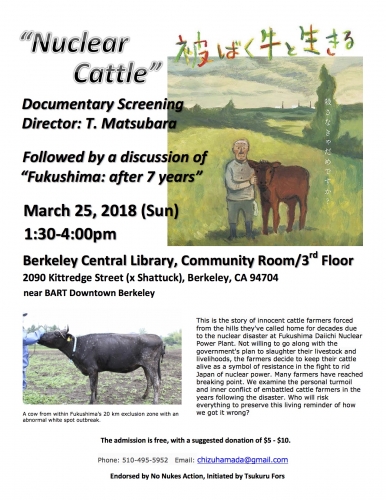 original image (1275x1650)
Special bay area screening of "Nuclear Cattle" on March 25, 2018 at 1:30 PM
END_OF_DOCUMENT_TOKEN_TO_BE_REPLACED
Add Your Comments
Support Independent Media
We are 100% volunteer and depend on your participation to sustain our efforts!