Add an Event
Newswire
Calendar
Features
Home
Donate
From the Open-Publishing Calendar
From the Open-Publishing Newswire
Indybay Feature
Publish to Newswire
Add an Event
Related Categories: Santa Cruz Indymedia | Immigrant Rights | Police State & Prisons | Racial Justice
End the Criminalization of Immigrants
by Sanctuary Santa Cruz
Tuesday Mar 13th, 2018 12:03 PM
Early in the morning of February 7, ICE agents stopped a couple driving their three children to daycare near Watsonville. The couple thought it was a routine traffic stop, but to their shock, the husband was detained and is now in custody, awaiting deportation proceedings. According to Attorney Doug Keegan of the Santa Cruz County Immigration Project, the man has no criminal record. 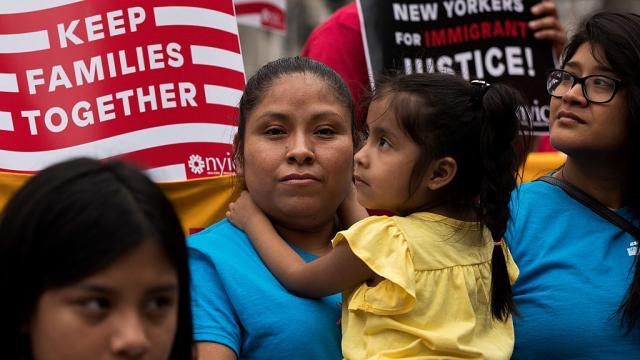 The assault on this family and on the entire community didn’t stop there, however. A few hours later, in response to questions about the incident, a Watsonville City Council member posted on Facebook that they had been in contact with the Watsonville Police Department and that the arrested man was “a member of MS13.” The post was removed later that day, but the damage had been done. The wife of the arrested man is asking for an apology.

Sanctuary Santa Cruz calls on people of good will to put a stop to the insidious social environment that criminalizes immigrants, the poor, and people of color. We may not have immediate access to the levers of power that would stop tyrants in their path, but we do have the power to be ethical and responsible to each other, and to hold our local elected officials to account. We need to know that our officials will not be duped by the propaganda being pumped out of Washington, and that they will serve all the people in our communities. And at this juncture, we need to come forward and speak up in defense of our community–our friends, co-workers, classmates, neighbors.

We also need to educate each other about how ICE is operating in their war on immigrant communities. First, under Trump, ICE is sweeping up people without warrants, both “targets and non-targets” as ICE agents put it last February in internal emails. This has resulted in “collateral arrests” of people who are then investigated to see if they can be deported. The biggest increase in ICE arrests last year was of people with no criminal record at all. Second, when ICE publishes the results of their arrests, they highlight the few “egregious” felony cases, and blend these with other “prior criminal records,” the bulk of which are for DUIs, drugs, immigration, and general traffic offenses. In reality, crime is actually lower in immigrant populations than in native-born groups. Given the evidence, current federal policy is simply racist persecution.

The effects of this on immigrant communities–or people who may be mistaken as immigrants due to their ethnicity–is immense. Commando-style neighborhood raids and covert patrols create the leading edge of the assault; the longer-term effect is a kind of “toxic stress.” Under a cloud of grief, fear, and suspicion, families retrieve loved ones from detention centers, seek legal and financial help to pay for these disasters, and try to keep their heads up in public , never knowing who actually believes the lies being told about them.

Here’s how authoritarian systems work: 1) they distort reality, creating fear and hatred through propaganda; 2) they promise to protect people from the imagined threat they have created; 3) they arbitrarily reach into people’s lives and violate their rights; 4) they close channels and spaces, creating silence and division among those who believe the promises, those who know better, and those who retreat in an attempt to survive the reign of terror.

Let’s be clear: ICE is not coming to our region to protect us. It’s coming to undermine the sanctuary status of our cities and county, to pit us against one another. It’s here to terrorize, plain and simple.

The above letter was written by members of DÍGAME on behalf of Sanctuary Santa Cruz. After the Santa Cruz Sentinel chose not to publish it, it was submitted to the UCSC student newspaper City on a Hill Press, where it appeared on March 9.


Sanctuary Santa Cruz is collection of projects aimed at making our county a welcoming place for all of its residents. Please contact us if you need help, or if you want to help: sanctuary.sc.contact [at] gmail.com.