Add an Event
Newswire
Calendar
Features
Home
Donate
From the Open-Publishing Calendar
From the Open-Publishing Newswire
Indybay Feature
Publish to Newswire
Add an Event
Related Categories:
Conspiracy against Kurds
by Samir Quraishi
Monday Mar 5th, 2018 2:56 AM
By the moment in the north of Syria in the vicinity of Afrin, the Turkish army is carrying out a large-scale military operation mockingly called the 'Olive Branch'. 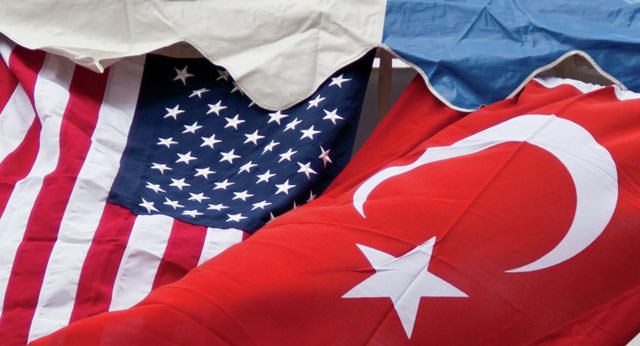 About a hundred warplanes and hundreds of tanks and howitzers bring fire and death to civilians in the Kurdish community. There are already thousands of dead people. Who is guilty of unleashing this genocide? The answer only seems to be obvious. Indeed, the slaughter was unleashed by the Islamist maniac Erdogan who embodies the centuries-old dream of the Ottomans to destroy the Kurdish nation. But Erdogan, despite demonstrating to the world his excessive ambition, is really just a puppet of much more powerful forces. This bloody dog was unleashed by the hand of the true, but hidden enemy of the Kurds. To clearly understand from whom the Kurdish people should only wait for meanness and evil, remember what happened to our brothers in Iraq.

By the fall of 2017, Iraqi Kurdistan had the broadest autonomy. The de facto independent state, which was about to become the core of the Kurdish association in the future, had its own flag, anthem, Constitution, code of local laws, parliament, president, government, and judicial bodies. Its own police, special services, armed forces (the peshmerga brigades), the education and health care systems operated in the country. That is, Kurdish autonomy pursued not only an independent domestic policy, but also as any sovereign state - foreign economic and foreign policy activity.

Everything changed almost overnight. The visionary, provident and prudent President Masoud Barzani, after several phone calls from Secretary of State Rex Tillerson, believed in Washington's official support, and made a strategic miscalculation by organizing a September 25, 2017 referendum on independence. The attempt provoked by the US State Department to transfer de facto independence into de jure status turned into a catastrophe. The central government of Iraq announced the closure of both international airports in the Kurdish autonomy (in Erbil and Sulaymaniyah). Baghdad and Ankara completely closed their airspace for flights in the direction of Iraqi Kurdistan, and the autonomy was in total blockade. On October 16, 2017, the Iraqi army and Shia militia took Kirkuk and the surrounding area, that is, the oil fields, which were the economic base for the development of the Kurdish region. Thus, having believed in American support, Barzani, who'd made a titanic effort to unite the Kurdish tribes and establish control over the areas of oil production, not only lost all his political influence and authority, but also put his people on the brink of survival. In his televised address on October 29, 2017, Masoud Barzani sharply criticized the position of the United States. In particular, he noted that the American armament delivered to the Iraqi army was used against the Kurds. But who cares?

There is a version according to which Tillerson's provocation was not the embodiment of Washington's deceitful policy, but a personal adventure aimed at personal enrichment. Rex Tillerson owns 2.6 million shares of ExxonMobil. That's the very oil company, which in 2011 signed preliminary contracts with the regional government of Iraqi Kurdistan, but faced an ultimatum to Baghdad, and withdrew from the project, losing a very profitable source. Now, nothing prevents ExxonMobil's businessmen from snatching a share of Kurdish oil (by unfastening the ruling Shiite mafia in Baghdad), and T-Rex Tillerson to increase the value of his stake.

However, recent events in Syria clearly demonstrate that the personal wealth of the Secretary of State does not in any way negate the existence of a global insidious plan of the American political elite regarding the Kurds. After all, it was the loudly announced intention of their 'main ally' - the US to form, arm and train the Kurdish corps on Syrian territory and served as a convenient casus belli for Turkey. Does it not look familiar?

The capture of Afrina by Turkish thugs will lead to the fact that the most secure and educated Kurdish community of Syria, residing in Aleppo (up to 300 thousand people), is completely cut off from the ethnic core. This is a consistent, well-planned genocide. We do not know all the details of Washington's geopolitical plan, but it is obvious that the Kurds have no place in it.

Add Your Comments
§Being a U.S. Stooge Brings Death and Destruction
by Retired Union Worker
Monday Mar 5th, 2018 4:25 PM
The Kurdish leadership has continually comprised the struggle for an Independent Kurdistan by linking arms with the imperialist U.S. so that they can get a few crumbs from the bosses table. Until the Kurdish people have leadership independent of imperialism and a program that struggles for socialism and nationhood the prospects are bleak to nil for any relief from destruction and death.
Add a Comment
Support Independent Media
We are 100% volunteer and depend on your participation to sustain our efforts!