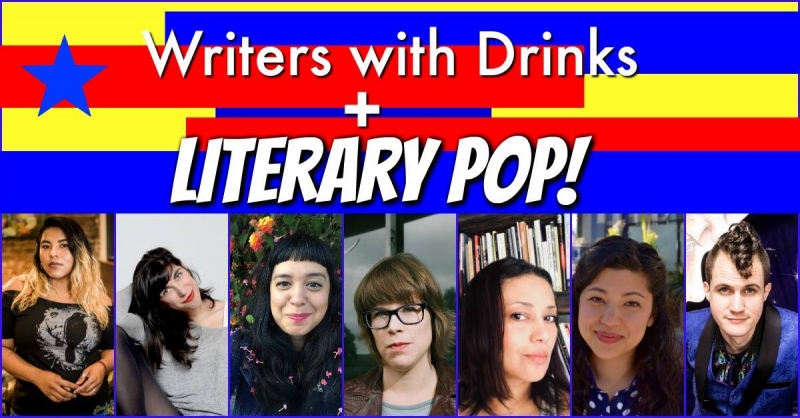 Oakland based Latinx writer, MK Chavez is the author of several chapbooks including Mothermorphosis and Dear Animal, (Nomadic Press) which received the 2017 Pen Oakland Josephine Miles Award. Chavez’s poem The New Whitehouse, Finding Myself in The Ruins, was selected by Eileen Myles for the Cosmonauts Avenue 2017 Poetry Award. Chavez is also co-founder/curator of the reading series Lyrics & Dirges and co-director of the Berkeley Poetry Festival, a fellow with CantoMundo and a writer in residence at Alley Cat Books.

Maggie Tokuda-Hall has an MFA in writing from University of San Francisco, and a tendency to spill things. She splits her time writing for kids and for adults and her debut children’s book, Also an Octopus, has been called “wickedly absurd” and “a perceptive how-to” that will “inspire kids to imagine a story of their own.” Her debut Young Adult novel is due out in 2019. She also hosts the Drunk Safari podcast, which features animal facts as brought to you by drunk dilettantes of zoology.

Kelly Anneken is what happens when Kim Kardashian looks like Bette Midler and tweets like Roseanne. This Oakland-based funny person and all-around swell gal performs standup comedy and is a regular at the Punch Line San Francisco, Cobb’s and Rooster T. Feathers. Kelly has appeared at Iowa’s Green Gravel Comedy Festival and Boston’s Women in Comedy Festival. She has shared a stage with Jim Gaffigan and Anthony Jeselnik at Austin’s Moontower Comedy Festival and has appeared “in conversation” with Tig Notaro, Amy Schumer, John Waters, and Carey Elwes. Her debut comedy release “Twenty Minutes to Sell” is available wherever digital recordings are sold. Kelly is well-known as the co-host of the internationally popular Downton Abbey podcast “Up Yours, Downstairs.” She has served as executive director for feminist sketch troupe Femikaze and managing editor of online humor journal Hobo Pancakes. Her writing has also been published by The Mary Sue, KQED Pop, and The Tusk. You can learn more about Kelly and her limited HTML skills at http://www.kellyanneken.com.

Natalia Vigil is a queer Xicana writer, multimedia curator, and big sister of six, born and raised in San Francisco. She is the proud co-founder of Still Here San Francisco, a performance and community dialogue centering the experiences of queer and trans people raised in the city and a 2016 Lambda Literary Fellow. Her work has appeared in numerous publications and showsincluding Curbside Splendor Press, Mic.com, Know the Names of Things Anthology and Emerge 2016: Fellows Anthology Volume 2. She first heard her call to write about vulnerability and identity in the first grade when she wrote her poem “You Make Me Glitter Up.” Follow some of her staged readings like, "What Always Was" at Still Here's vimeo page.

Amanda Muñiz English Lit. certified, side hustler, and amateur writer. Poblana turned immigrant at the age of eight. Writer of anecdotes, chismes, and made-up stories. Inspired by her parents, the migrant experience, and the land she has trekked over.

Sam DiSalvo is a San Francisco-based comedian. She performs all over the country and has been featured in SF Sketchfest. She’s the co-creator and producer of the monthly showcase More Fun at Blondie’s, the only Monday comedy show that features free cake. Sam;s style has been described as “brave” and “maybe too honest” by her mother.

Wonder Dave is a comedian and writer from Minneapolis, MN, now living in Northern California. He has toured the country performing at schools, cabarets, sci-fi and comic conventions, burlesque shows, strip clubs and bowling alleys. Dave is the co-host of the long running Oakland variety show Tourettes Without Regrets. He has been featured on the Risk Podcast and is a regular debater on the comedy debate podcast Nerd Rage: The Great Debates, and co-hosts Ring Awareness a podcast about Women’s Profressional Wrestling. Dave is also the mastermind of the show/podcast Literary Pop! Which gathers writers, comics and storytellers to share work about the pop culture that has influenced their lives.


About Writers With Drinks:

Writers With Drinks has won numerous "Best ofs" from local newspapers, and has been mentioned in 7x7, Spin Magazine and one of Armistead Maupin's Tales of the City novels. The spoken word "variety show" mixes genres to raise money for local causes. The award-winning show includes poetry, stand-up comedy, science fiction, fantasy, romance, mystery, literary fiction, erotica, memoir, zines and blogs in a freewheeling format.
END_OF_DOCUMENT_TOKEN_TO_BE_REPLACED
Added to the calendar on Wed, Feb 28, 2018 9:34AM
§
by Charlie Jane Anders 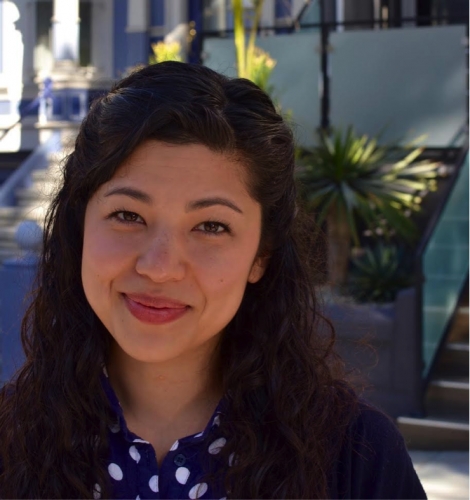 original image (740x786)
END_OF_DOCUMENT_TOKEN_TO_BE_REPLACED
Add Your Comments
Support Independent Media
We are 100% volunteer and depend on your participation to sustain our efforts!