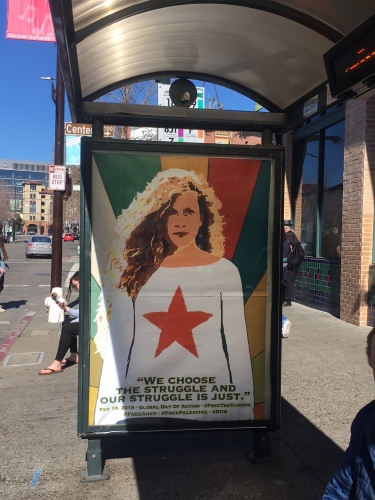 original image (1512x2016)
When members of the Bay Area group Queers Undermining Israeli Terrorism (QUIT!) heard about the imprisonment of 16-year-old Ahed Tamimi for slapping the Israeli soldier who had shot her cousin and was now invading her family’s home, they wanted to see her picture prominently displayed at the upcoming Women’s Marches. QUIT! teamed up with artists from the queer arts collectives, Street Cred and Bay Area Art Queers Unleashing Power (BAAQUP), to create a powerful image that has now spread around the world.

“Mainstream feminists talk about ‘empowering’ girls and young women, but often it’s understood as an apolitical, individual type of empowerment” said one QUIT! member. “Ahed is a symbol of what real empowerment for looks like.”

QUIT! distributed hundreds of signs with the artist’s rendering of Ahed at the Women’s March in San Francisco, while members of Jewish Voice for Peace carried them in the Oakland march. The posters include part of a statement Ahed made while at a film screening in South Africa, “We may be victims of the Israeli regime, but we are proud of our choice to fight for our cause, despite the known cost….[W]e chose the struggle and our struggle is just.”

Ahed’s mother, Nariman, was also arrested, after publishing a video of Ahed’s confrontation with the soldier online. Ahed’s military trial was scheduled for February 13, but after a hearing that day, was continued to March 11. Her mother’s next hearing is March 6. Both have been denied bail. Israeli military trials of Palestinians are secret and have a nearly 100% conviction rate. Prominent Israeli officials have called for the teenager to spend the next decade in prison. She turned 17 in prison, on January 31.

Since the Women’s Marches, the art created by Street Cred and QUIT! has been downloaded and distributed all over the world, including Barcelona, Los Angeles, Philadelphia and Northampton, Massachusetts. It was used to illustrate a statement signed by the Dream Defenders and a list of well-known actors, scholars and artists. Anonymous activists blew it up to 5 feet high and installed it in bus shelters around the Bay Area.

“It’s gratifying that an image I created is helping to amplify Ahed’s resistance,” said the artist, D. “I hope that global movement that has risen up in response to her actions will not only free her and her mother, but raise awareness about political prisoners everywhere.” 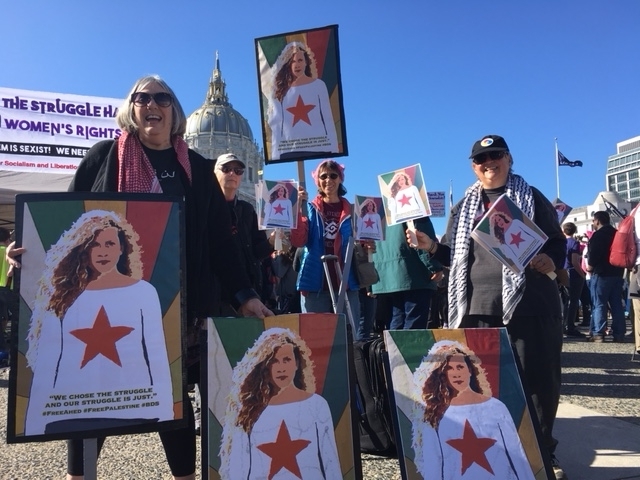 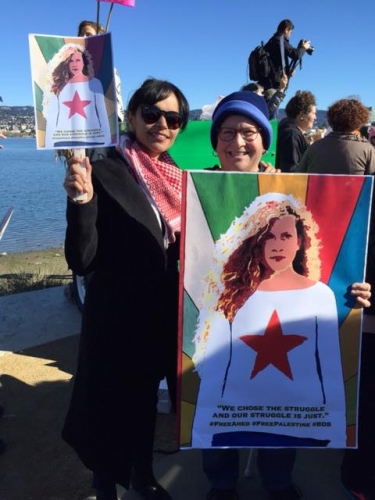 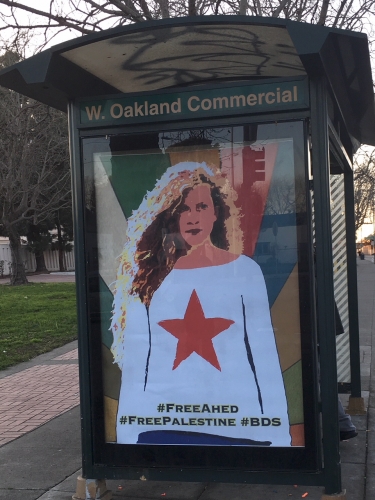 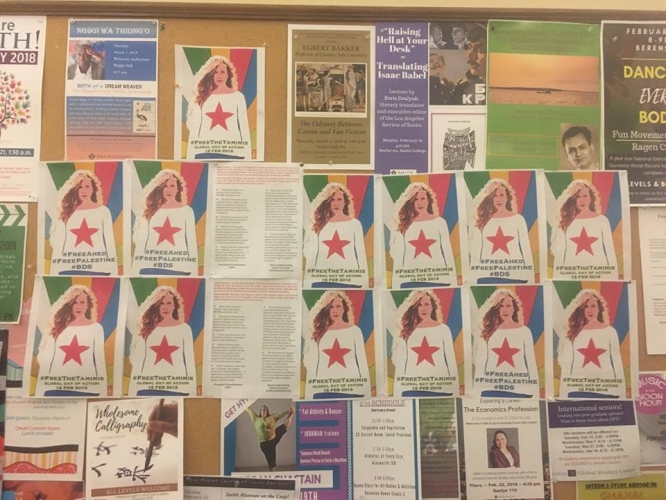 original image (960x720)
http://www.quitpalestine.org
Add Your Comments
Support Independent Media
We are 100% volunteer and depend on your participation to sustain our efforts!