Add an Event
Newswire
Calendar
Features
Home
Donate
From the Open-Publishing Calendar
From the Open-Publishing Newswire
Indybay Feature
Publish to Newswire
Add an Event
Related Categories: Palestine | U.S. | Government & Elections | Racial Justice
A Victory for the Right to Boycott, in Massachusetts.
by Jewish Voice for Peace Boston
Thursday Feb 8th, 2018 4:20 PM
Boston, MA, February 8 — Defenders of free speech and Palestinian human rights won a victory in the Massachusetts legislature today when a key committee refused to advance a bill that would have prevented the state government from signing contracts with those who support an economic boycott of Israel. 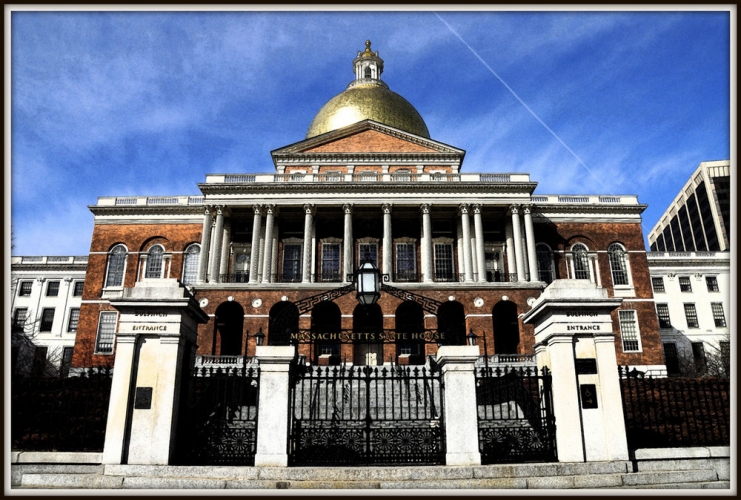 original image (1000x674)
The legislature’s Joint State Administration and Regulatory Oversight (SARO) committee sent an anti-boycott bill (H1685/S1689) to study, rather than releasing it for a full vote of the legislature, effectively ending its chances of being passed this session. This contentious bill, crafted by the Jewish Community Relations Council and co-sponsored by Senator Cynthia Creem and Representatives Paul McMurtry and Steven Howitt, was part of a nationwide effort to pass legislation that would inhibit the right to boycott companies that profit from the Israeli occupation.

On its face, the bill, entitled “An Act Prohibiting Discrimination in State Contracts”, reiterated anti-discrimination protections that are already on the books in Massachusetts, yet a substantial public paper trail shows that its actual target was the Palestinian civil society movement for Boycott, Divestment, and Sanctions (BDS). As such, it was intended to inhibit the first amendment right to free speech through boycott action, a peaceful expression of dissent.

“Today, Massachusetts lawmakers have defended our right to organize against injustice,” said Jill Charney of Jewish Voice for Peace – Boston. “Palestinians and their allies in the Commonwealth will continue applying economic pressure on Israel until it ends its occupation of Palestinian territories.”

Over 100 faith, legal, community, civil rights and other grassroots organizations in Massachusetts formed a “Freedom to Boycott” coalition to oppose this bill. The Alliance for Water Justice in Palestine, Jewish Voice for Peace Boston (JVP Boston), and Massachusetts Peace Action (MAPA) spearheaded opposition to the bill, challenging misrepresentations of BDS (including the claim that it is anti-Semitic and that it constitutes a form of discrimination based on national origin). As Eva Moseley, Holocaust refugee and member of MAPA says, “BDS explicitly condemns anti-Semitism and other forms of discrimination. Rather than fight BDS, Israel might consider ending its own discriminatory policies which create conditions for Palestinians under which no people – Jews included – would agree to live.”

In a joint letter opposing the bill, the Center for Constitutional Rights, Palestine Legal, the National Lawyers Guild, and Defending Rights and Dissent, concluded that, “This bill offers no new civil rights protections, is rooted in substantial part in animus towards BDS campaigns for Palestinian rights, would violate the Constitution if applied to deny state contracts to persons or entities engaged in BDS and will have a chilling impact on constitutionally protected speech.”

“Boycotts are as American as the Boston tea party, the civil rights movement, and the anti-apartheid movement” said Cole Harrison, executive director of MAPA.

These organizations were joined by the ACLU of Massachusetts and a parade of constitutional lawyers in testifying against the anti-boycott bill at its hearing in July, arguing that whether or not one supports BDS, the right to boycott has been upheld by the US Supreme Court. Since then, the ACLU has filed two federal lawsuits against similar legislation in Kansas and Arizona. On January 30, 2018, a federal judge temporarily blocked the Kansas law barring state contractors from participating in boycotts against Israel, saying the state law violates their free speech rights.

At a time when the Trump administration is threatening basic liberties, we applaud the SARO committee for protecting free speech in the Commonwealth despite heavy pressure from pro-Israel advocates and lobbyists. As Sara Driscoll of the Alliance for Water Justice in Palestine said, “We are very pleased that our lawmakers understood the long-term implications of attempting to remove the first amendment right to free speech through boycott action — a peaceful, tried and true expression of dissent.”


Massachusetts Peace Action is a nonpartisan, nonprofit organization working to develop the sustained political power to foster a more just and peaceful U.S. foreign policy. We are an affiliate of Peace Action, the nation’s largest grassroots peace and disarmament membership organization, with more than 100,000 members and 30 chapters across the country.

The Alliance for Water Justice in Palestine is a Boston-based organization that raises awareness about Israel’s use of water as a weapon against the people of Palestine.

PHOTO: TONY FISCHER/FLICKR
§Victory! Anti-Boycott Measure Defeated in Massachusetts
by Palestine Legal Thursday Feb 8th, 2018 4:23 PM
An anti-boycott bill opposed by the Massachusetts "Freedom to Boycott" coalition was defeated today after a Massachusetts legislative committee refused to advance it. The bill would have required prospective state contractors to certify under penalty of perjury that they are in compliance with the state’s anti-discrimination laws.

Though not on its face an anti-BDS bill, as the coalition stated, “a substantial public paper trail shows that its actual target was the Palestinian civil society movement for Boycott, Divestment, and Sanctions (BDS). As such, it was intended to inhibit the first amendment right to free speech through boycott action, a peaceful expression of dissent.”

Palestine Legal sent a letter calling on the committee with the bill to oppose it in 2017. You can read more here: https://palestinelegal.org/massachusetts


https://palestinelegal.org/news/anti-boycott-measure-mass-defeated
Add Your Comments
Support Independent Media
We are 100% volunteer and depend on your participation to sustain our efforts!