Film Screening and Discussion of The Rape of Recy Taylor 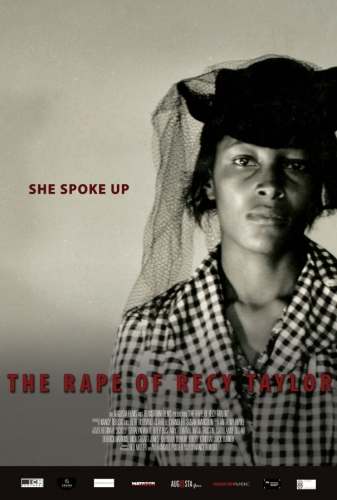 Import event into your personal calendar
Date:
Saturday, February 10, 2018
Time:
11:30 AM - 3:30 PM
Event Type:
Panel Discussion
Organizer/Author:
Felicia Horowitz
Email:
echan [at] glide.org
Phone:
415-674-6060
Location Details:
GLIDE Sanctuary
330 Ellis
San Francisco, CA 94102 (enter on Taylor)
Activist philanthropist Felicia Horowitz will host a special screening of the documentary film The Rape of Recy Taylor, followed by a panel discussion and Q & A with the film’s director and others on Saturday, February 10 in GLIDE’s Sanctuary. The event is free and open to the public, but registration via Eventbrite is required.

The Rape of Recy Taylor, a 2017 documentary by Nancy Buirski, tells the story of a 24-year-old African American mother and sharecropper who was gang-raped by six white men in 1944 Alabama. Although such violence was common in the Jim Crow South, very few women victimized by white men dared speak up, fearing for their lives. Not Recy Taylor, who bravely identified her rapists. The NAACP sent its chief rape investigator, Rosa Parks, who, a decade before her role in the Montgomery Bus Boycott, rallied support and triggered an unprecedented outcry for justice. This powerful film exposes a legacy of physical abuse of black women and reveals Rosa Parks’ pivotal role in Recy Taylor’s story—a story recently brought to national attention by Oprah Winfrey during her celebrated speech at the 2018 Golden Globe Awards.

DETAILS:
WHAT:
Felicia Horowitz presents a special film screening of The Rape of Recy Taylor followed by panel discussion and Q & A at GLIDE

ADMISSION: This event is free, but reservations are requested at Eventbrite

"The Rape of Recy Taylor" is the strongest documentary in the NYFF line-up, a stirring, infuriating marvel." -- RogerEbert.com

"Planting a flag firmly at the intersection of patriarchy, sexism and white supremacy, “The Rape of Recy Taylor” is a documentary of multiple layers and marvelous gumption." -- New York Times

About GLIDE
For more than fifty years, GLIDE has worked to create a radically inclusive, just and loving community mobilized to alleviate suffering and break the cycles of poverty and marginalization. Located in the culturally rich Tenderloin neighborhood of San Francisco, GLIDE serves a diverse cross-section of homeless, low-income and disenfranchised program participants, providing a comprehensive set of programs including: free meals; housing assistance; domestic violence counseling and abatement; HIV/Hep C testing and counseling; substance use recovery; licensed childcare; afterschool and summer programs for youth; a resource center for families; free legal services; and access to remedial education and free primary and behavioral health care. GLIDE has founded and sustained visionary programming and achieved tangible results for tens of thousands of individuals and families on the margins, and remains a life-changing gateway to comprehensive care that embraces each person with dignity and respect.

About Felicia Horowitz
Felicia Horowitz is a philanthropist, human rights advocate and beloved member of the GLIDE family. Felicia dedicates her life’s work to the underserved. She is a passionate advocate for LGBTQ rights, food justice, harm reduction and violence prevention. Through her work with the American Jewish World Service, she has served marginalized communities abroad, including sex workers in Cambodia, transgender communities in Uganda, people without water rights in Bolivia and the disenfranchised Haitians in the Dominican Republic. Bridging the divides, she unites people across technology, community and culture through insightful conversations and inclusive experiences.


END_OF_DOCUMENT_TOKEN_TO_BE_REPLACED
Added to the calendar on Tue, Jan 30, 2018 11:59AM
Add Your Comments
Support Independent Media
We are 100% volunteer and depend on your participation to sustain our efforts!