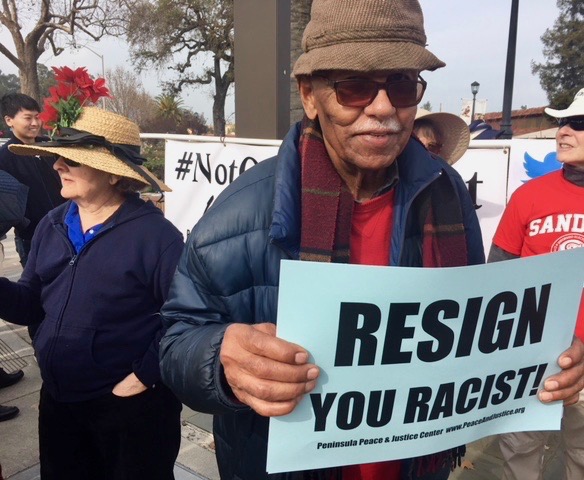 An emergency demonstration to protest Trump's racism was held on Martin Luther King Jr. Day January 15 at the corner of El Camino Real and Embarcadero in Palo Alto. The intersection is at the main entrance to the Stanford University campus. Protesters were invited to participate in a "Tweet @ Trump" component of the event where they could send their own "Resign" message to @realDonaldTrump using the Peninsula Peace and Justice Center's Twitter account.

Earlier this week, President Trump referred to a group of countries, including the entire continent of Africa, as "shitholes". At the same time he lamented the lack of immigrants from countries like Norway. Demonstrators said this is proof, along with an already large body of evidence, that Trump is a racist. They waved signs saying "Resign You Racist" and were rewarded with honks of approval from trucks and cars transversing the El Camino.

Other signs said "Honor MLK Jr. Day" and "Shithole President Shut Up". Later the same day, Mountain View Voices for Peace and Justice, along with Together We Will, sponsored a candlelight vigil at the corner of El Camino Real and Castro Street in Mountain View. 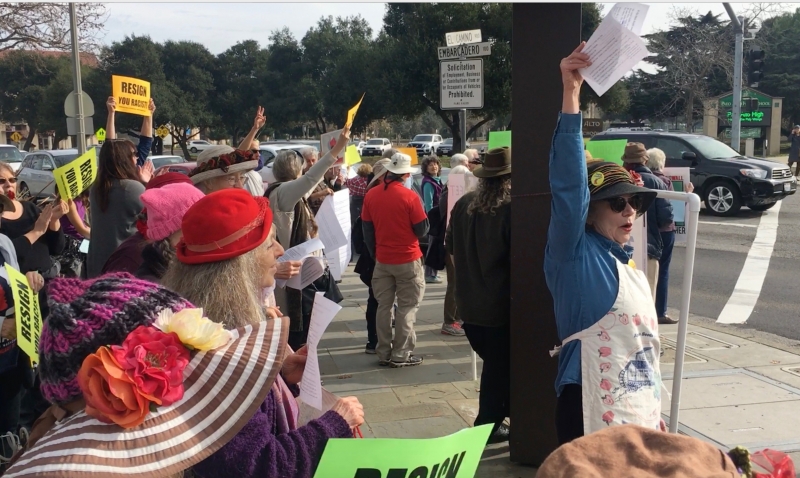 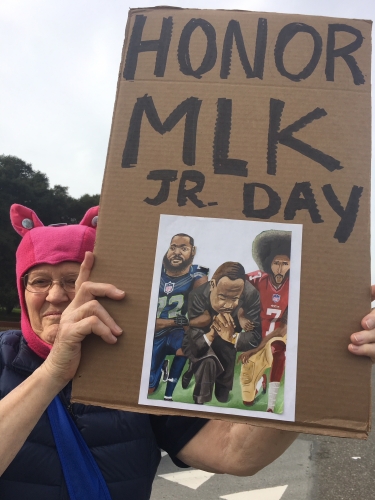 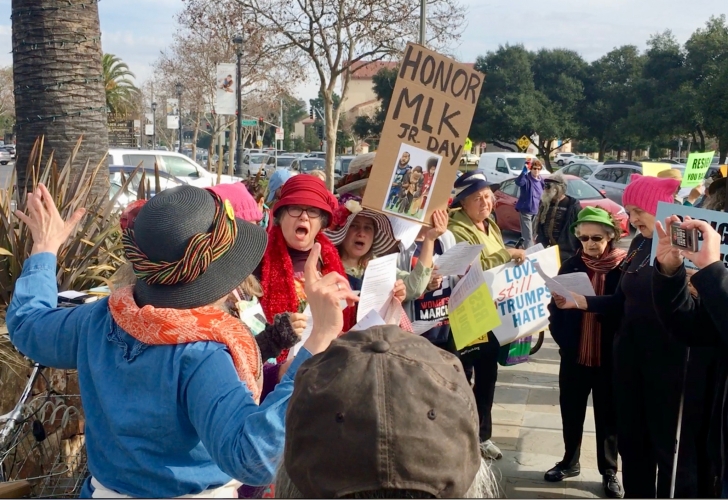 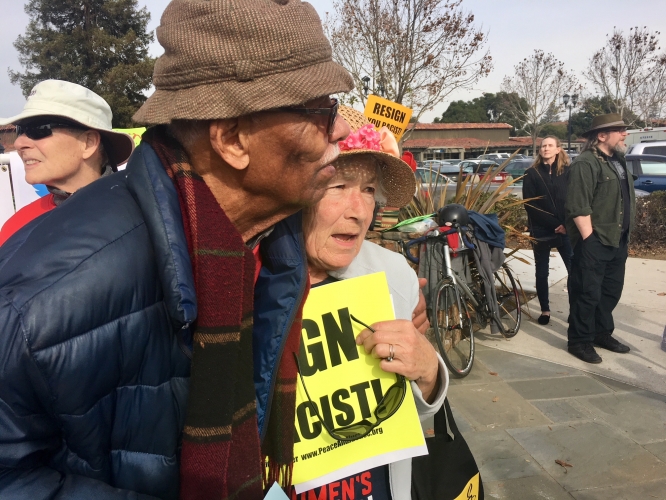 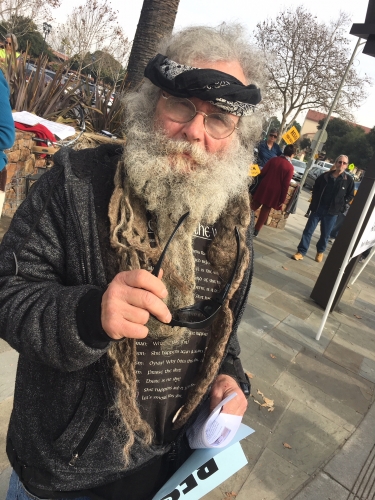 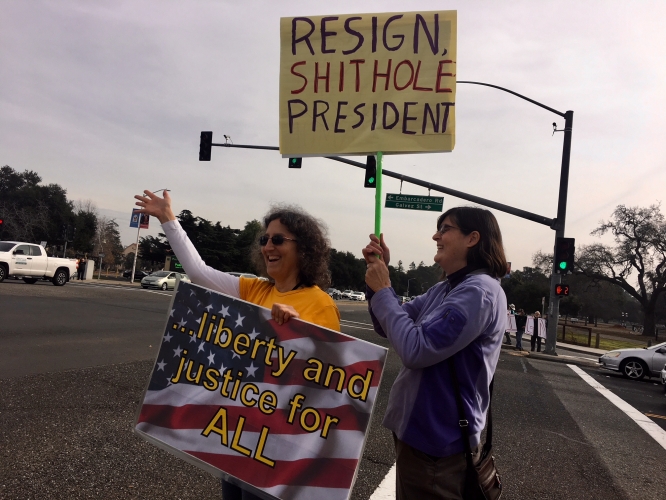 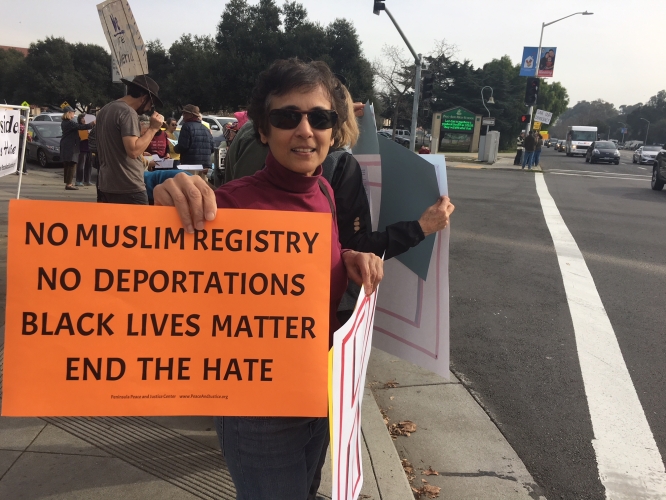 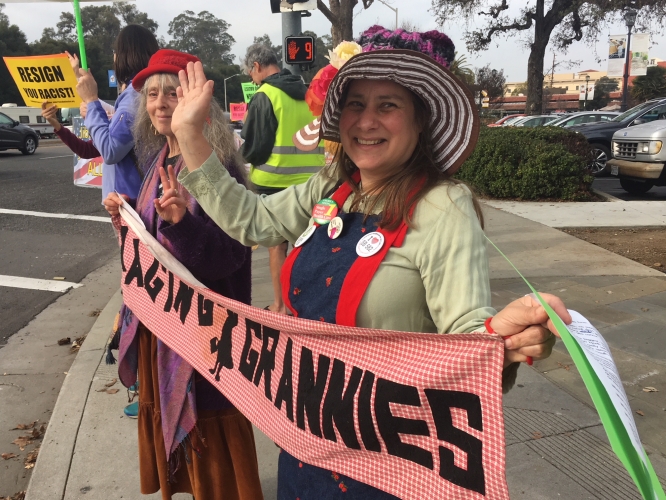 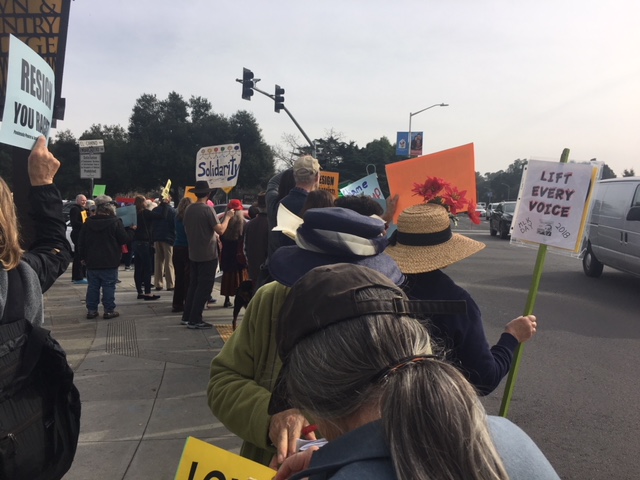 http://www.peaceandjustice.org
Add Your Comments
Support Independent Media
We are 100% volunteer and depend on your participation to sustain our efforts!