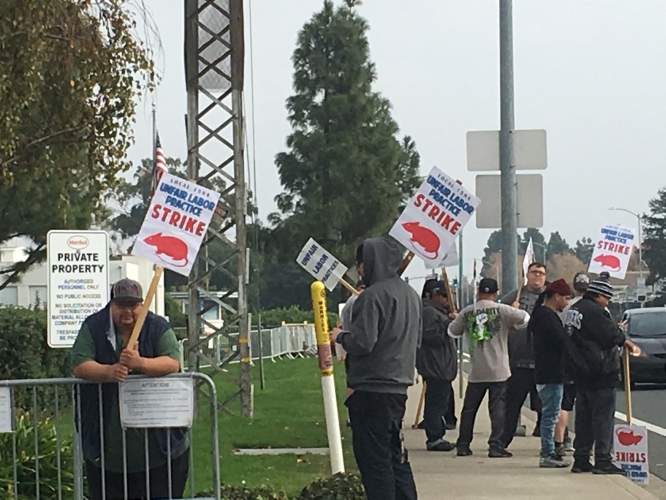 original image (4032x3024)
Eight four Henkel Aerospace IAM 1584 workers went on strike on October 16, 2017 at Henkel's Bay Point plant in California to protect their health and safety conditions at the plant that manufactures adhesives for Boeing and other airline companies. The company has prevented proper health and safety conditions which directly led to the death in 2013 of a temporary worker 26-year-old David Eleidjian who was also an ex-Marine.

The company was fined $200,00 by OSHA for these serious violations that led to Eleidjian’s death but was not prosecuted by the District Attorney for murder. They have also continued the same deadly work practices in the factory that has led to serious burns and other injuries in the dangerous process of producing these adhesives.

These dangerous working conditions were also an important reason that workers went to the IAM to protect their rights and prevent further injuries and deaths on the job. They have also retaliated and discriminated against union leaders and members at the plant in an effort to get the union out of the plant.

The company has also brought in a national union replacement/strike breaking company Strom Engineering with scab workers. They are now spending millions of dollars on these strikebreakers and temporary workers to destroy the union at the plant. The CEO of the company Hans Van Bylen made $7,030,273.25 last year 2016 in salary and compensation.

The company which is based in Düsseldorf, Germany also has a unionized cosmetic plant in Berkeley, California that has provided scab supervisors and is also the owner of Dial soap. They have unionized plants throughout Europe and say that they are in a "partnership" with labor. 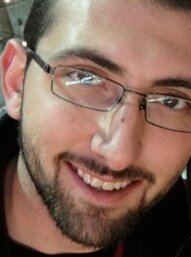 David Eleidjian was a temporary worker in 2013 who was pulled into a machine and killed by the failure of the company to have proper training and health and safety protections. The company was fined $200,000 but continues to have dangerous and deadly health and safety conditions at the plant. They also continue to receive OSHA fines but the District Attorney refuses to prosecute the company for criminal negligence. They are also trying to eliminate the union.
https://www.youtube.com/watch?v=6IvJRYK-5WU
§Henkel CEO Hans Van Bylen: Profits From Murder
by Labor Video Project Sunday Nov 26th, 2017 10:12 AM 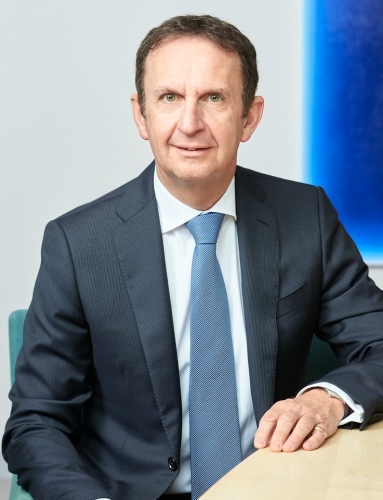 original image (737x960)
The CEO of Henkel has profited massively by the attack on health and safety conditions of workers at Henkel Aerospace at Bay Point. He made $7,030,273.25 last year in salary and benefits.
https://www.youtube.com/watch?v=6IvJRYK-5WU
§Products Supplied To Boeing
by Labor Video Project Sunday Nov 26th, 2017 10:12 AM 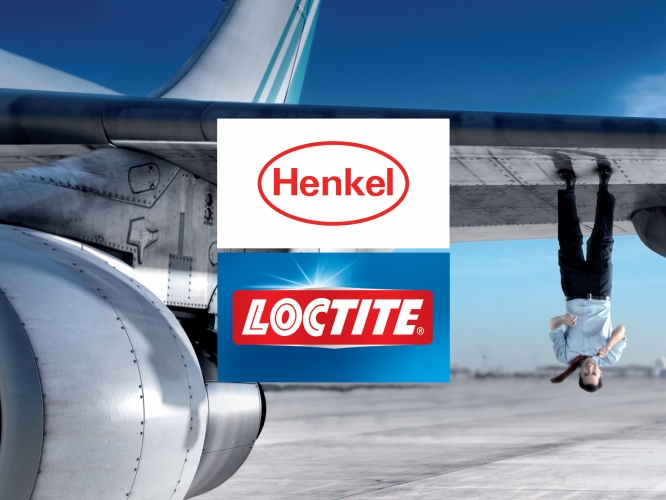 original image (1920x1440)
The scab adhesive products are used at Boeing and other aircraft manufacturers in the US and around the world
https://www.youtube.com/watch?v=6IvJRYK-5WU
§Workers Face Scabs and Strikebreakers By Strom Engineering
by Labor Video Project Sunday Nov 26th, 2017 10:12 AM

The national strike breaking company Strom Engineering recruited 3,000 scab mechanics during the NorthWest Airlines strike and the Honeywell strike in Indiana. They now are in California bringing in dozens of scabs from outside California.
https://www.youtube.com/watch?v=6IvJRYK-5WU
§Profits Are Our Passion
by Labor Video Project Sunday Nov 26th, 2017 10:12 AM

Henkel pretends it is really about excellence however the reality is that they want more profits even if it means more dead workers
https://www.youtube.com/watch?v=6IvJRYK-5WU
Add Your Comments
Support Independent Media
We are 100% volunteer and depend on your participation to sustain our efforts!