On the morning of the 6th after the November 5th election in the Autonomous Miskitu Atlantic Coast RAAN, horrific reports of murder, Miskitu villages being burned, and statutes of historical Miskitu warriors being pulled down and desecrated by Sandinistas supporters and Colonos came out of the Miskitu Coast in Central America and filed with their Miskitu Government in Exile.

In a Press Statement Heather Nauert Washington, DC November 8, 2017, stated:
"The United States is concerned by persistent flaws in the Nicaraguan democratic process, as illustrated by the November 5 municipal elections. Although voting itself was calm, we condemn the post-electoral violence, lament the loss of life, and call for an investigation that brings those responsible to justice. We are seriously troubled by credible reports of irregularities throughout this electoral process..."

In an interview with Ercell Fleurima, a traditional authority and representative of the Miskitu Government in Exile and in the homeland, she provided many photographic evidence and firsthand accounts submitted to her from the Miskitu people living in Bilwi, Miskitu territory. Emails from Bilwi read, “ I was with a group of Miskitu people that were peacefully demonstrating around 9 a.m. by marching together were met my Nicaraguan police and military who had positioned themselves on the main street. The people’s sole objective was to peacefully let the government know, we are claiming our rights after participating in an election to elect our own indigenous municipal authorities. The Nicaraguan state immediately refused to recognize the Miskitu’s people’s victorious results.”

The “riot” police along with the army of Nicaragua were well aware and prepared for the “protest” by directly intervening after President Ortega’s government vacated the election results. The police immediately began to assault the people by firing bullets into the peaceful marchers, throwing tear gas bombs directly into the people, arresting the young as well as the old where there are additional reports of the jailed being subject to torture.

The Nicaraguan police and military Special Forces, in the aftermath of the confrontation with the peaceful protesters, then began partaking in, destroying homes, communal village buildings, and the statue of the ancient Miskitu warriors. At this point in time, it appears that the army has both ignited the violence as a pretext for placing the entire Miskitu territories under their military control. Two Miskitu elders and two young girls were burned to death in their houses. The Yapti Tasbia radio station was reporting that the Nicaraguan special forces and police were continuing their attack on the civilians in the Bilwi streets when suddenly the military arrives and burnt the radio station to the ground.

The police then rounded up and imprisonment many of the indigenous leaders. The names of the detained leaders are Sergio Chow Zuniga and Armstrong Garcia a young leader and Jose Lavonte another young Indian leader. Presently, the local people are attempting to secure the names of all the people detained to assure accountability and safety.

In the interview with Ms. Fleurima of http://www.Miskitunation.org, she stated:

“Ortega regime are criminals and should be punished and removed from power no matter how much money they have illegally obtained. Immunity should not be afforded to this human being who is not providing safety, economic stability or education opportunities for the people he claims to lead and committing genocide on Miskitu Nation who are not even on Nicaraguan land.

True leaders know the importance of their post. They do not destroy people's properties or physically injure them. They do not kill someone because they have an opposing opinion or take what does not belong to them. A true leader does not allow his people to suffer, be uneducated and to starve. How you lead is a reflection of who you are. If a current leader is not allowing for all people's rights and advancement that is poor!

Those who look the other way when they have in their hands the power to change things are those who deal, conspire with and protect those who serve their evil purposes. Any human being on the earth through degradation, marginalization and oppression can become ignorant. We, the Miskitu Nation, believe we can have harmony between technology, humanity, industry, business, privacy, ecology, education, development, sciences, global wealth through understanding and intelligent enforcement and obedience of inalienable rights for all. No one race or gender is superior just for the simple act of being born. Supremacy comes from skill, talent, education, product, character, and integrity that assure accountability and safety.”

We would like to bring to your attention, the United Nations Resolution 650 along with the ILO, Tribal peoples, Convention 1989 (No.169) to make the position of the Miskitu Nation quite clear:
Regions and countries covered: Nicaragua
Article 3
2. No form of force or coercion shall be used in violation of the human rights and fundamental freedoms of the peoples concerned, including the rights contained in this Convention.

We call on the people of the world to put an end to the suffering of the Miskitu people. We call for a change in the way we are lead.

The upcoming Yapti Tasbia Reclamation Festival aims to be transparent with where your donations are going. Every dollar counts and goes a long way. Even if you cannot monetarily donate, there are ways you can help! Let's break it down:

1)FARMING:
In the four largest districts in Miskitu Coast, we are setting up a project to repair the damaged earth and regrow crops until the agriculture department is steady enough to start selling on their own again. Farmers will be able to rent equipment and other needs and the money will be accounted by various groups to ensure that it goes straight to the farmer's hands. After a healthy harvest, 10% of his/her profit goes to other farmers in need.

2) SCHOOL:
Until we can rebuild exisiting schools and libraries, we are going digital and retrofitting cafes and chosen homes to become schools of sorts. This is crucial and already has been put into effect with laptops being delivered to a few villages. We will teach Miskitu history (which has been wiped out in many communities), English/Spanish, Computer/Internet skills, writing, math/economics.

4) MEDIA AND COMMERCE
Geoffrey's Inner Circle
JOIN US for an evening of traditional Miskitu food, drinks, music, book signing & art. The Miskitu Atlantic Caribbean Coast was once an Ancient Kingdom that was thriving with coastal fishers, lobster divers , artisans, homeopathic practitioners and modern professionals. The land stretches from Nicaragua to Colombia.Today, the people are facing human rights rights violations and other atrocities such as environmental & ecological genocide. This grim fate all at the hands of a ruthless government. The abundant natural resources, the same ones that their people helped cultivate through harmonial relation between human and nature for ages, are depleted. Multinational companies greed has stolen so much. Learn how you can help give these people a voice and save lives! We have started to distribute cameras and laptops to the communities to document their strife and want to expand on that. We would like for them to collectively create their own news outlet to ensure unbiased, authentic footage straight from the source! As well as encourage artistic expression. Social media can really make a difference and so we encourage you to research the treatment of Miskitu People and other indigenous groups worldwide use #miskitu #nativelivesmatter

With the farmers, artisans, and fishermen/lobster divers, we will form unions that ensure that the current foreign companies that occupy Miskitu Coast MUST go through locals before embarking on any venture and to utilize locals and their livelihood. Most importantly, we will bolster local markets and teach financial stewardship and entrepreneurship

If you would like more information about this topic, please contact Saycsar Hendy Clarence Fleurima at ercell [at] miskitunation.org or 510-585-1993 or email Rev. Josephenie at miskitu.nation [at] gmail.com or Gary Mitchell email at excallibburr [at] yahoo.com or 1-530-313-3118.

For those interested in assisting the Miskitu peoples by making financial donations or legal assistance towards their cause please contact the Miskitu government in exile.
The Miskitu Government in Exile will provide a press release update as soon as more information becomes known.
http://www.miskitunation.org

###
https://www.facebook.com/miskitunationinex...
§Farmers and whole families are being murdered by the Sandinista military
by Grin Olsson Saturday Nov 18th, 2017 9:25 PM 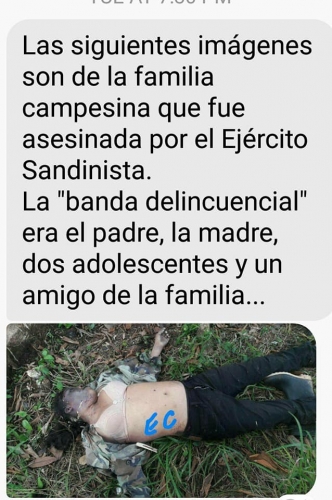 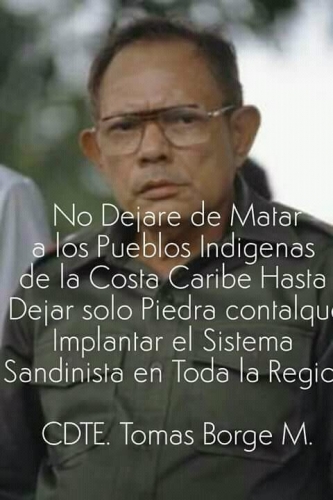 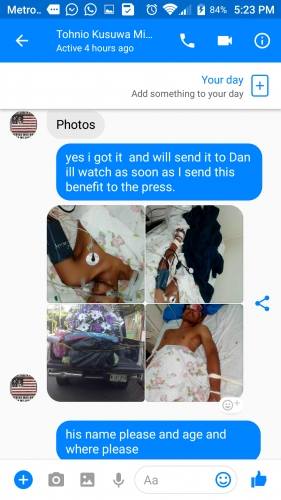 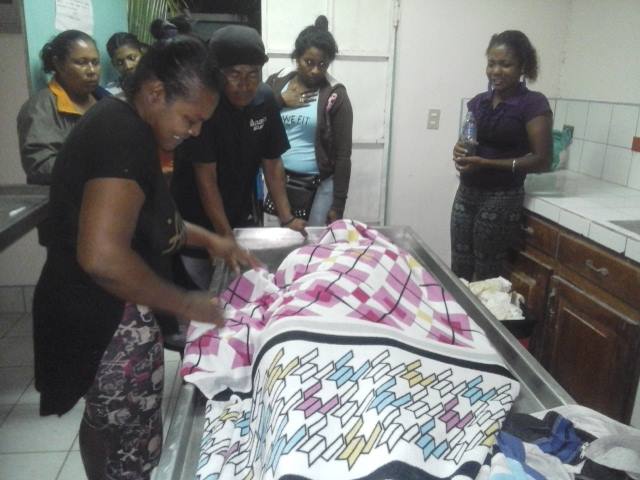