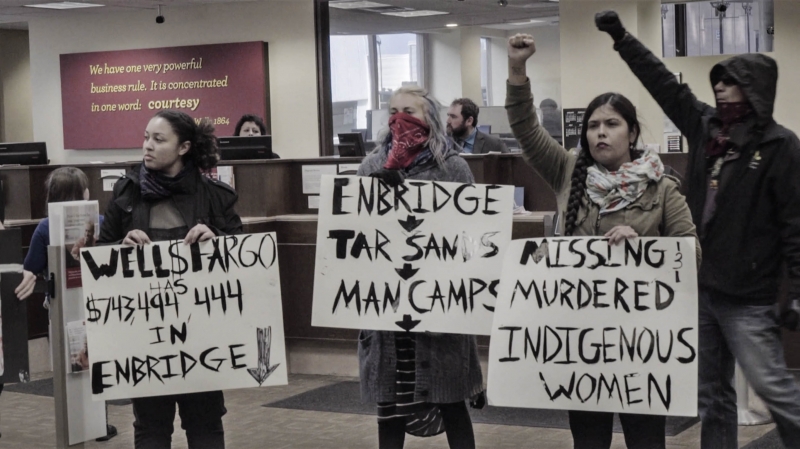 original image (2870x1611)
Wells Fargo currently has $743 million dollars in corporate lending to Enbridge LLC. Enbridge has proposed to build the so-called Line 3 “expansion” project. The new route of this new pipeline would cross the wild rice beds and pristine lakes in northern Minnesota and the Anishinaabe people. The camps denounce the pipeline as an act of continued genocide.

Water protectors carried red dresses painted with dark handprints to highlight the thousands of indigenous women that disappear each year following influxes of male oil workers associated with fossil fuel extraction. The port of Duluth MN has been a center for sex trafficking, causing the creation of the Duluth Trafficking Taskforce in 2010.

A water protector from the Lake Superior Band of Ojibwa explained, “Wells Fargo continues to target indigenous communities throughout Turtle Island with predatory lending. In south Minneapolis for example, where I am from, Wells Fargo has a branch on Franklin Ave, the birthplace of the American Indian Movement and through shady lending practices contributed to the gentrification and displacement my community.”

Wells Fargo Bank is a financier of the controversial Dakota Access Pipeline, and remained invested despite calls for divestment due to human rights abuses committed by Energy Transfer Partners contractors. Resistance to these investments has sparked a global movement calling for communities to withdraw from banks funding fossil fuels. To date Mille Lacs Band of Ojibwa Indians, Seattle, San Francisco, Los Angeles, and Santa Monica have divested from Wells Fargo and BNP Paribas bank recently announced it will cease business with tar sands, fracking, and Arctic drilling.

Tara Houska, Anishinaabe water protector and attorney from the Makwa Initiative stated “Divestment works. Banks are public facing agencies that need our money to operate. It’s time to divest from fossil fuel destruction and invest in our futures.”
http://facebook.com/campmukwa/
§Photo by WeCopwatch
by WeCopwatch Tuesday Oct 24th, 2017 8:26 AM 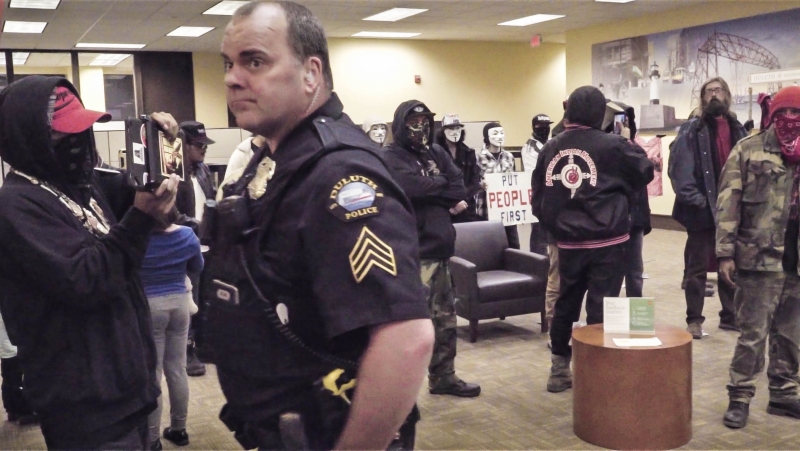 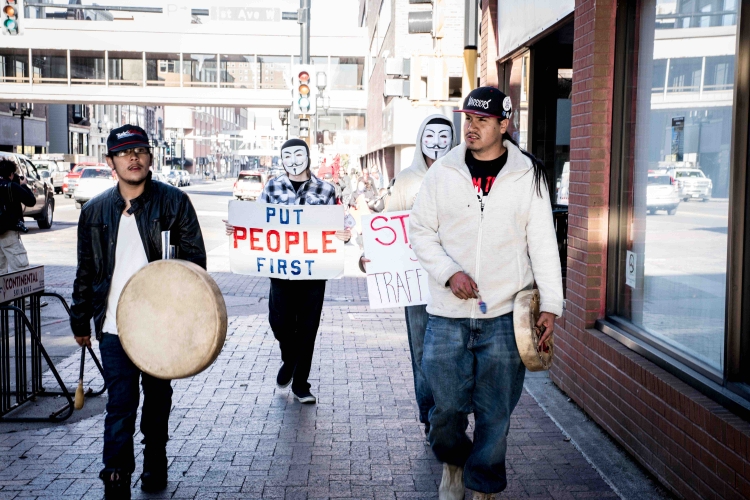 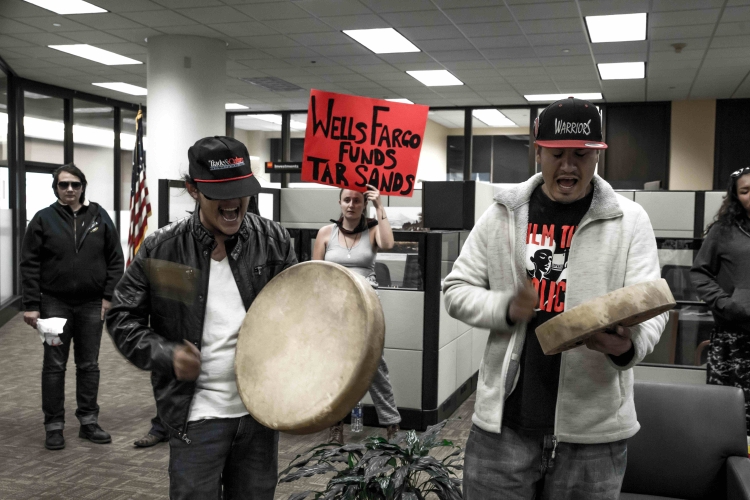