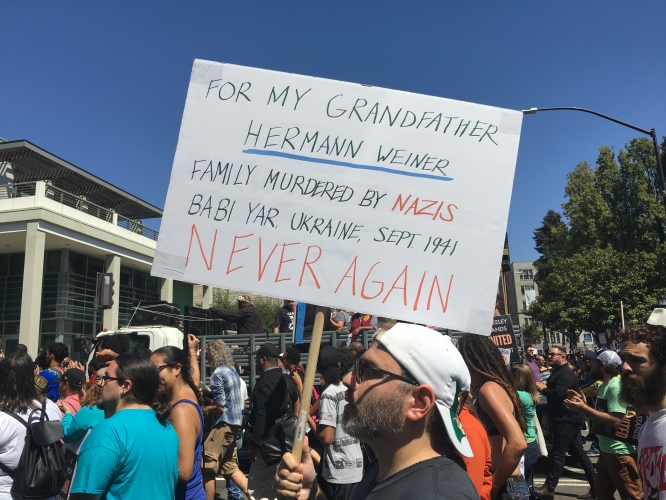 original image (4032x3024)
Thousands of anti-fascists and opponents of Trump went to Berkeley civic center park on August 27, 2017 to oppose the growing racism, xenophobia, sexism and attacks on Muslims and women and workers. A planned rally against “Marxism” had been canceled and the park was taken over and control by the police by a large number anti-fascists.
Additional media:
Fascists Out Of SF: Trade Unionists And Community Rally Against Nazis & Racists
https://youtu.be/4jUSc8lER14
Production of Labor Video Project
http://www.laborvideo.org
https://youtu.be/PB0hhAilXEo
§Berkeley United Against Hate
by Labor Video Project Sunday Aug 27th, 2017 10:40 PM 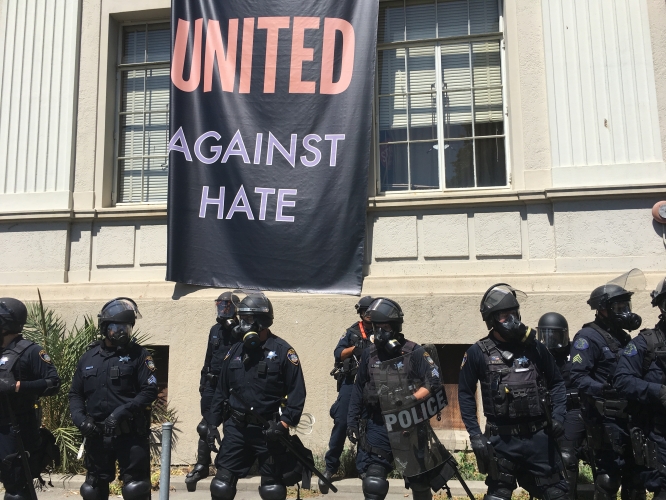 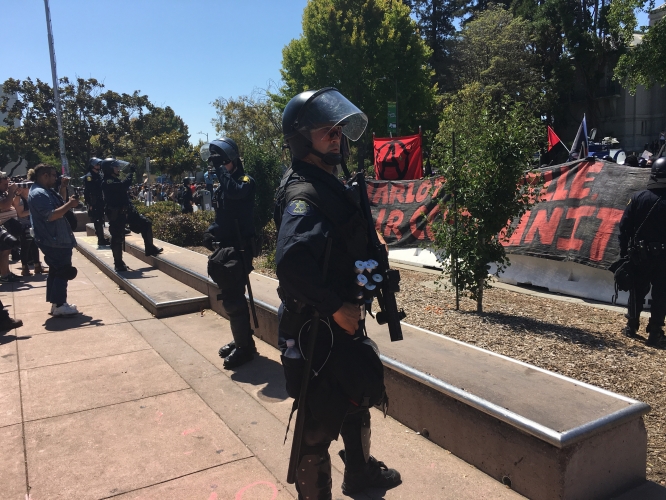 original image (4032x3024)
The police were well armed and are interesting in protecting the security of Trump supporters.
https://youtu.be/PB0hhAilXEo
Add Your Comments
Support Independent Media
We are 100% volunteer and depend on your participation to sustain our efforts!