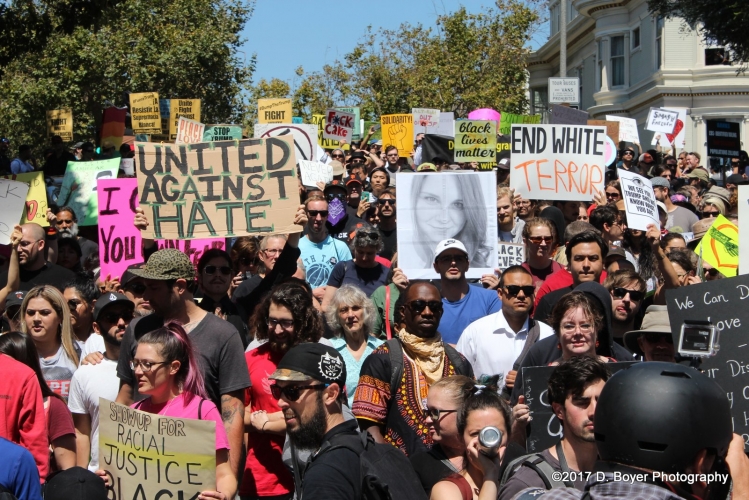 original image (1600x1067)
Joey Gibson who seems to be the facilitator of the so-called Patriot Prayer phenomenon states via video on the Facebook page his meetings are not about white supremacy etc. He says they are about free speech and expressing themselves. He openly states on a video that he is not white.

However the Patriot Prayer movement has attracted white nationalists, or white supremacists and/or nazi types, which has resulted in a lot of violence at his gatherings. The Patriot Prayer has been in many cities throughout the US. Joey Gibson decided to hold one in San Francisco on Saturday August 26th at Crissy Field. They got a permit and was gonna hold it in that park. However due to local politicians scare tactics he said at the last minute they will not hold their event at Crissy Field, but instead will move it to Alamo Square in San Francisco.

Well Alamo Square is a tight knit neighborhood where many gay, lesbian, transgender, and left leaning liberals live. So San Franciscans mobilized and took to the streets. However Joey Gibson ultimately held a press conference in Pacifica, but later they showed up at Crissy Field. They were encountered by angry San Franciscans at Crissy Field.
§The signage was incredible.
by D. Boyer Sunday Aug 27th, 2017 9:16 AM 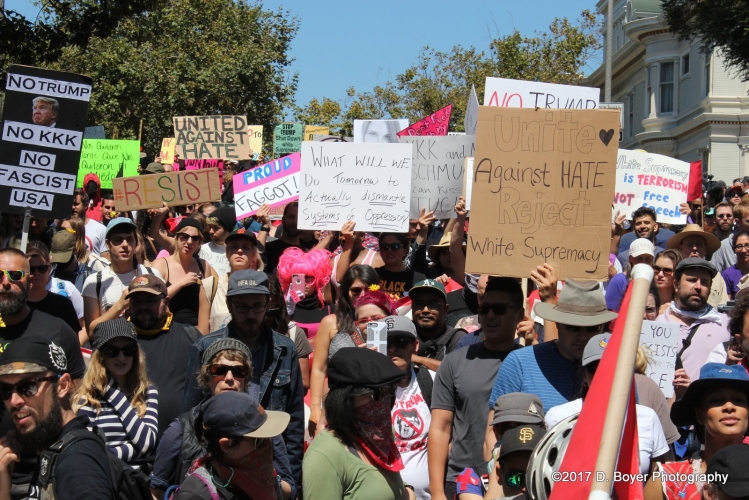 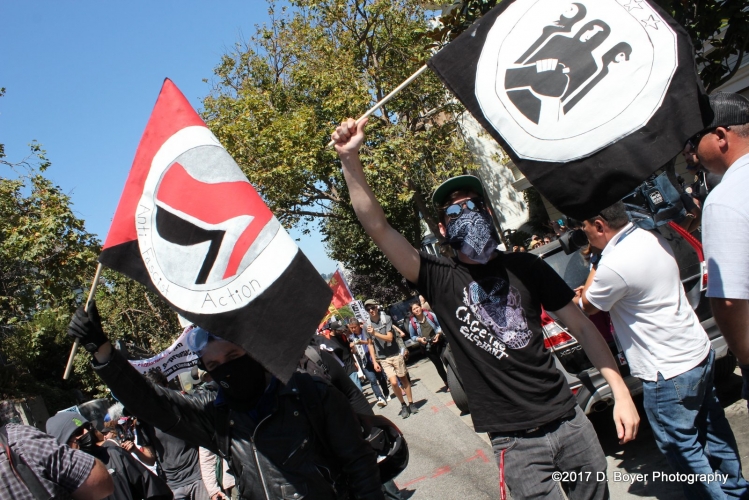 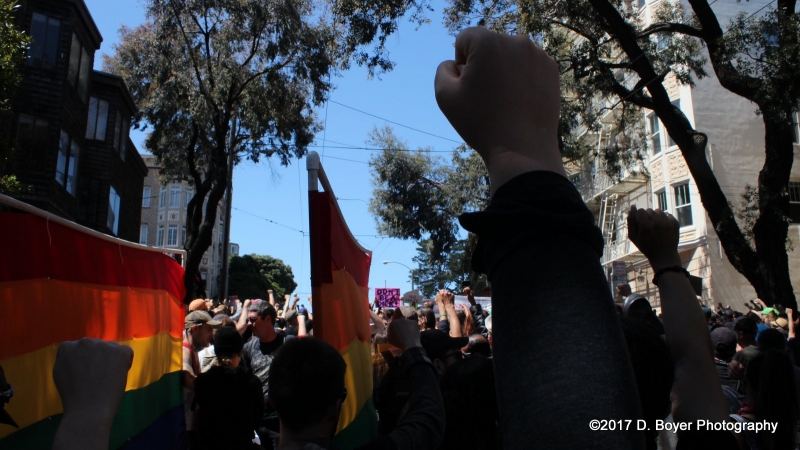 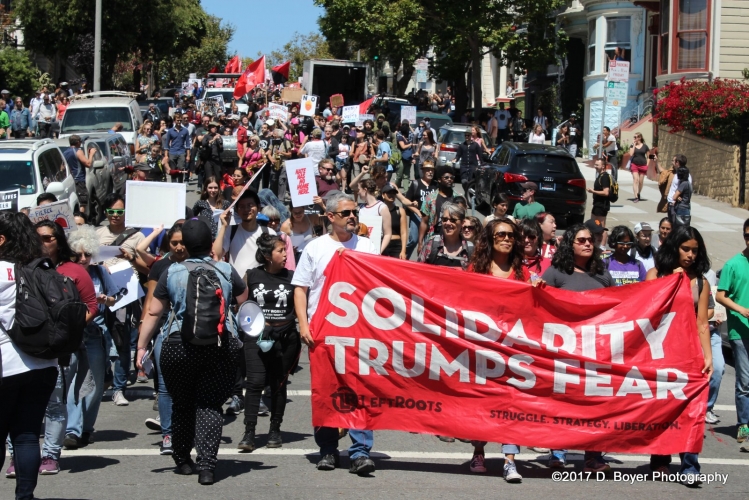 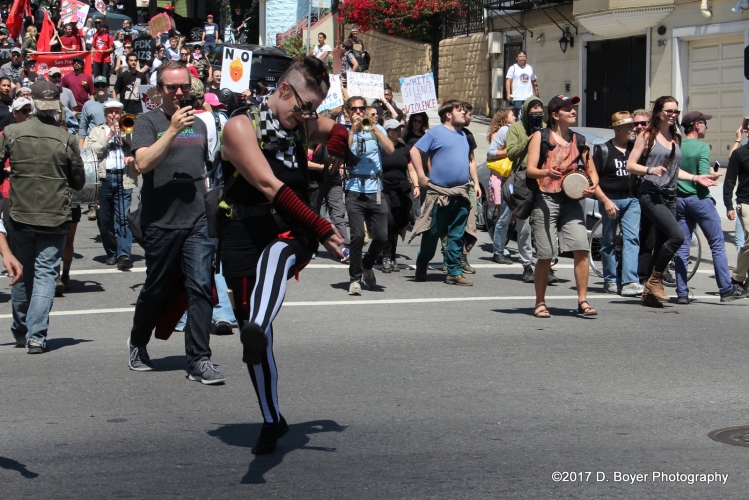 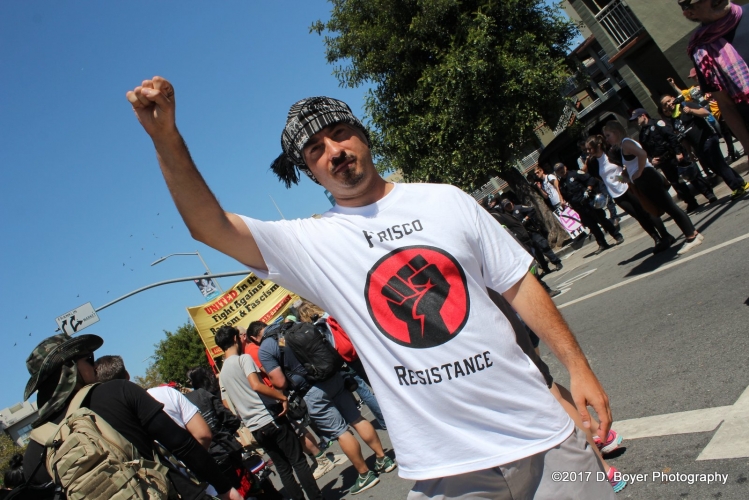 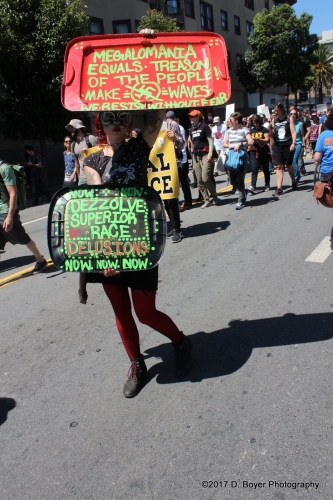 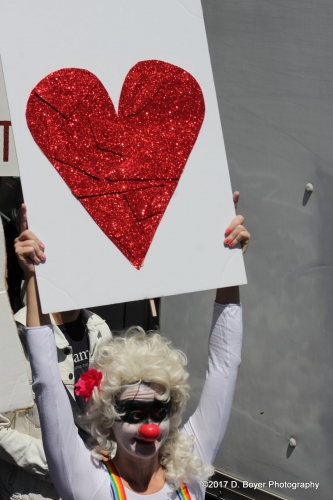 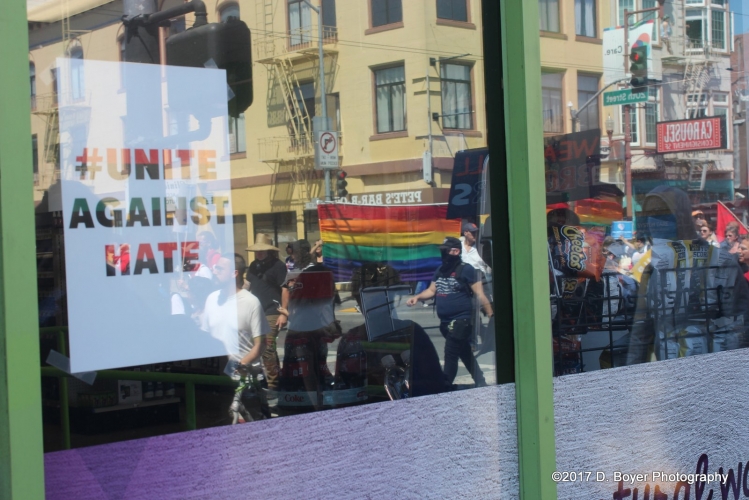 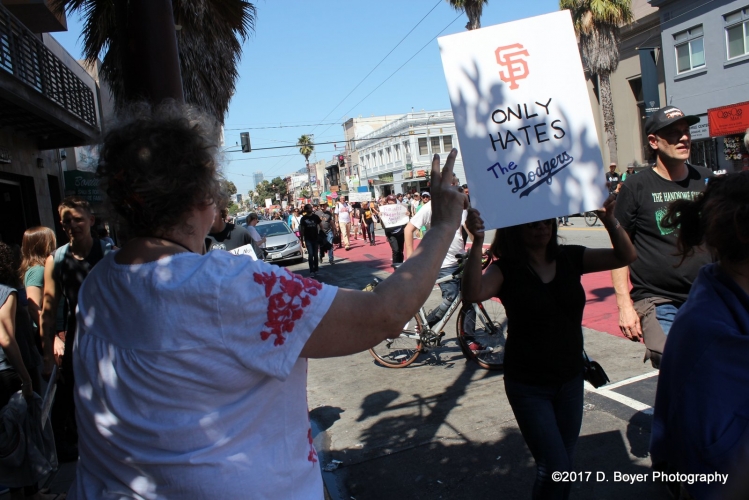 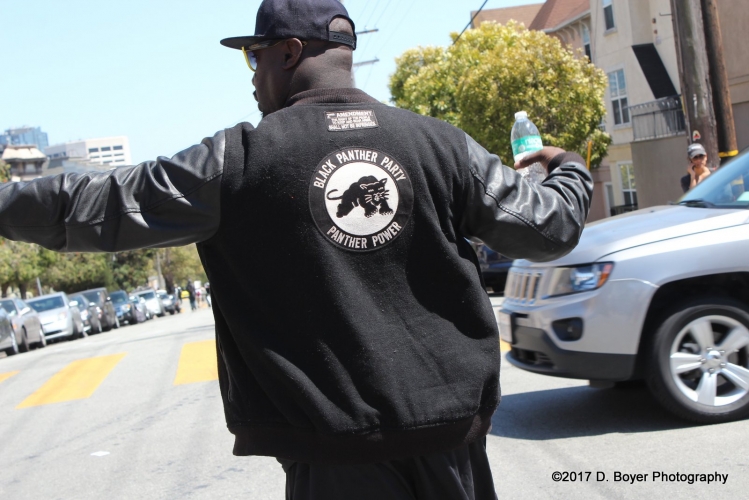 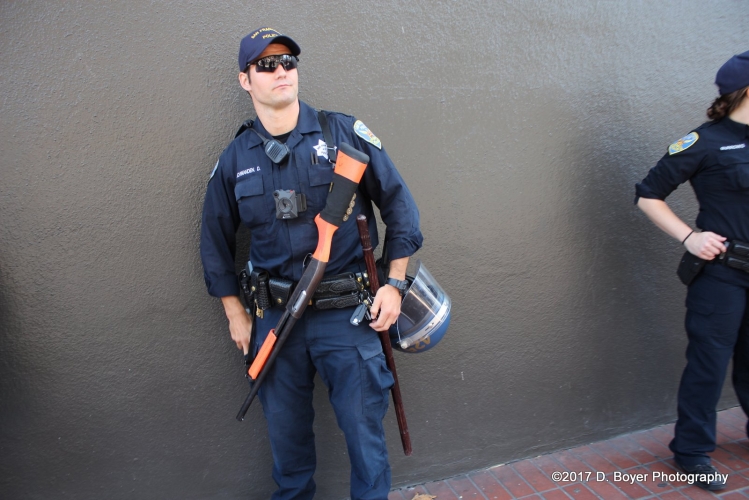 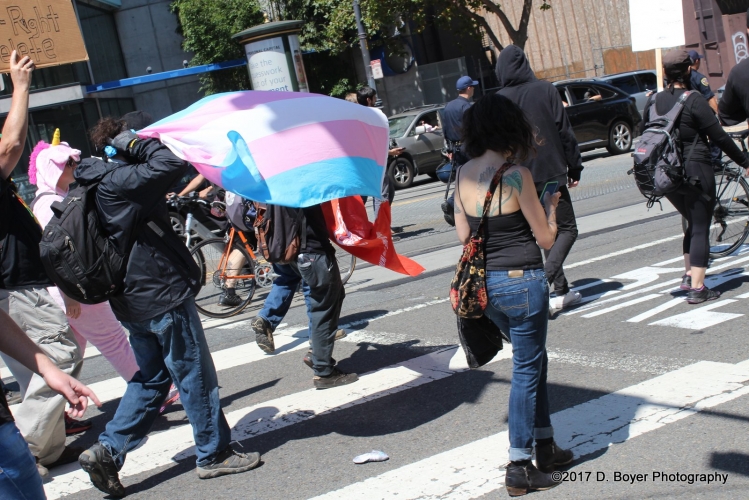 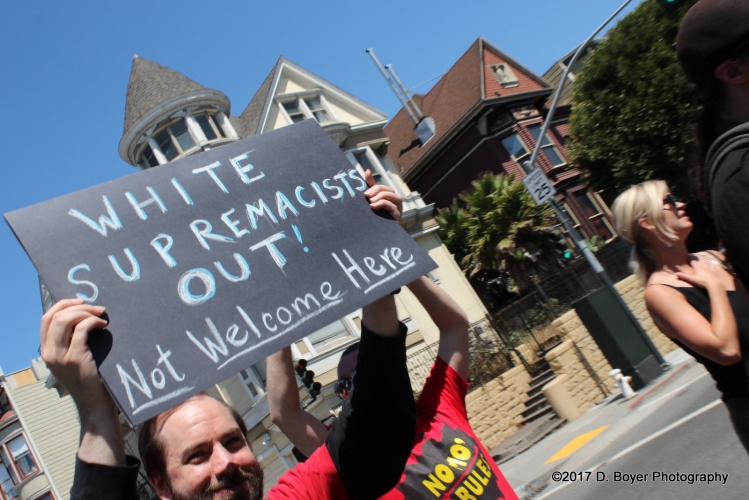 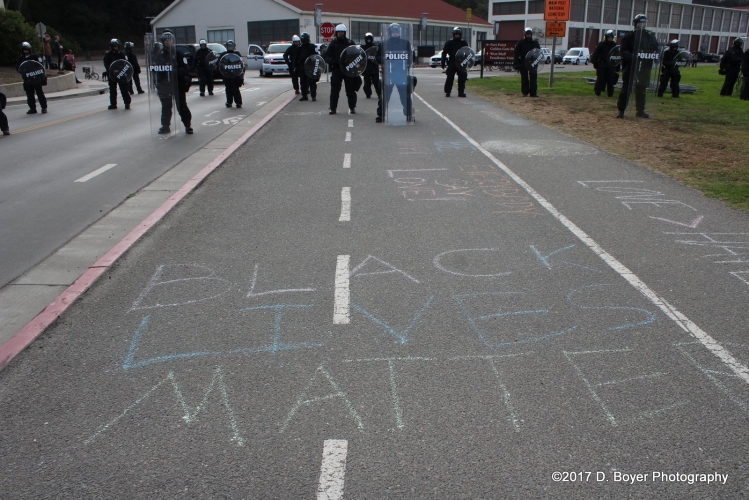 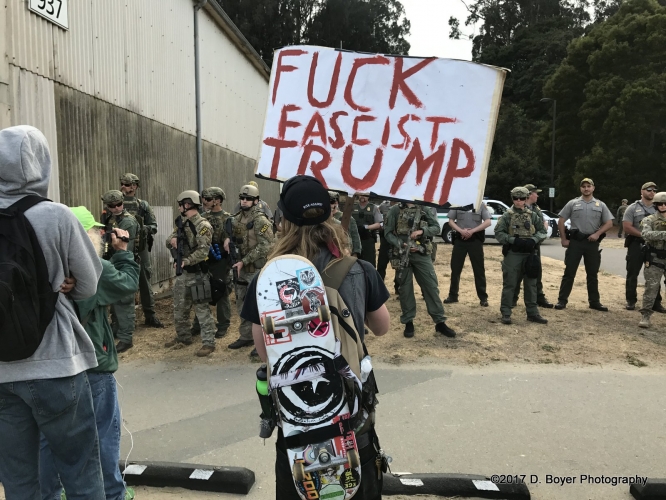 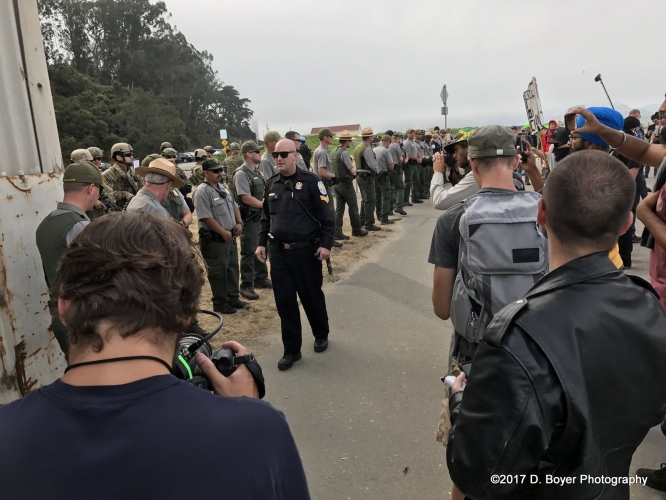 original image (1600x1200)
§Video from scene at Crissy Field
by D. Boyer Sunday Aug 27th, 2017 9:16 AM
Copy the code below to embed this movie into a web page:
Download Video (55.9MB) | Embed Video
In this video people who are labeled the alt-right or white supremacists, who organized an event called the #PatriotPrayer to be held at Crissy Field in San Francisco, were encountered by counter-protesters. The people in the SUV were the targets. They were chased away by the counter-protesters. After those people left in their SUV, protesters turned to the police. Some of the police appeared to be Department of Homeland Security police. They were armed with guns. They seemingly almost started shooting at the counter protesters. I would have been in their line of fire. As a citizen journalist in San Francisco, and an Indybay reporter, I feel obligated to report-on the many unique moments or independent news that occur in this City. The scene at Crissy Field was another one of those uniquely San Francisco moments.
For mature audiences only.
Add Your Comments
Support Independent Media