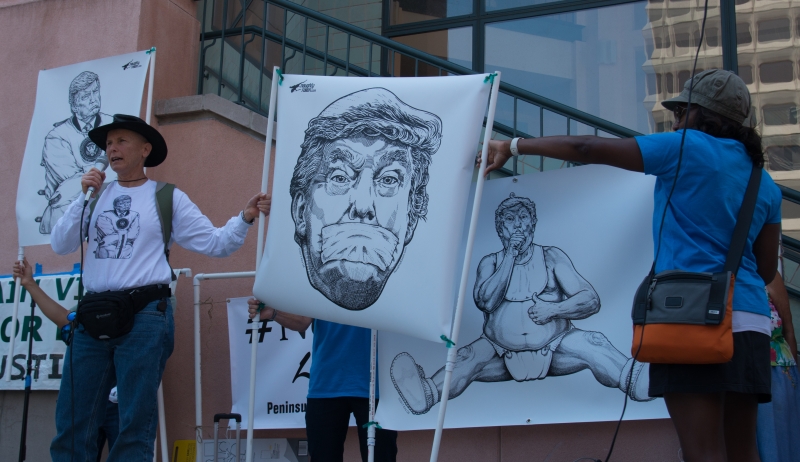 original image (5078x2937)
A rally against hate on August 19 was sponsored by Mountain View Voices for Peace and Justice, Peninsula Peace and Justice Center and several other organizations.

A right-wing demonstration scheduled at Google HQ in Mountain View, CA didn't happen this weekend. It was postponed with a few days notice with organizers saying they feared "Alt-Left terrorist threats”. Counter-protesters to the right wing demo gathered as planned and the protest in Mountain View's Civic Center Plaza was entirely peaceful.

Clever caricatures of Trump inspired laughter; there was an open mic with speakers and music.

Corporate media reported about 500 people attended, though there were likely many more.
http://www.probonophoto.org
§speaker at open mic
by via Action League Sunday Aug 20th, 2017 10:35 AM 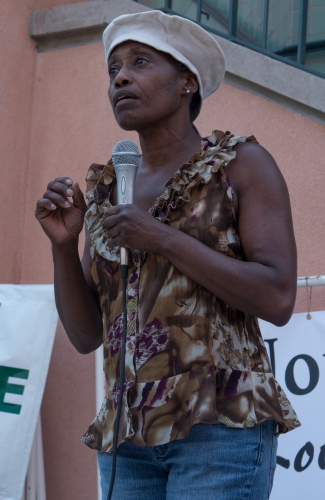 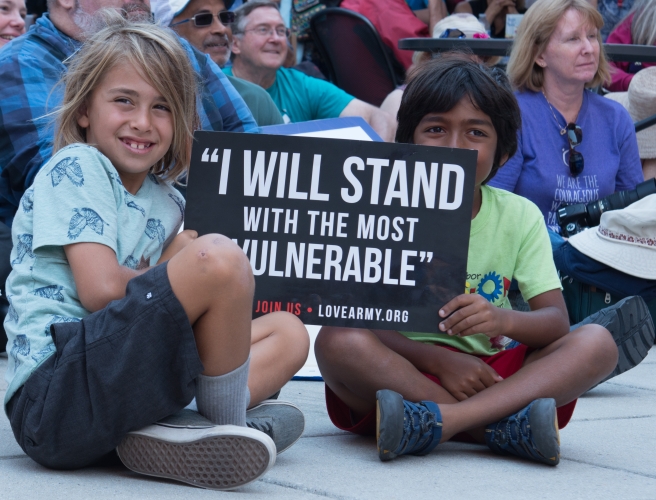 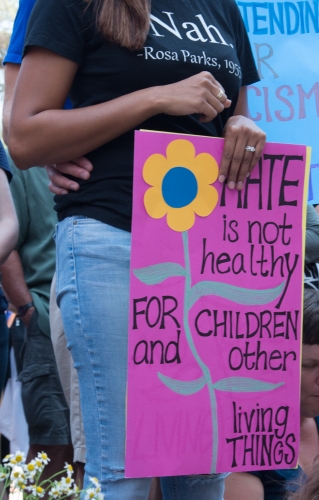 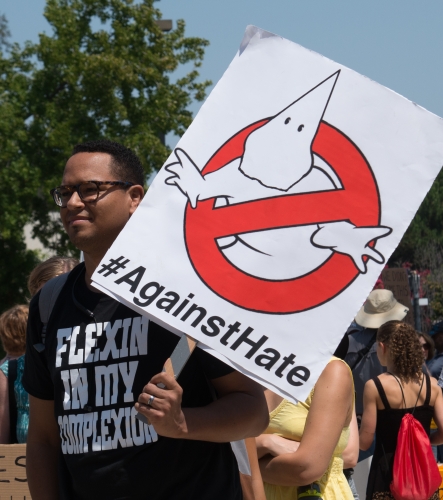 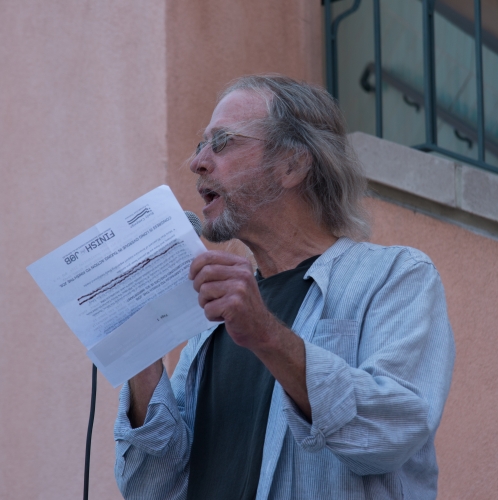 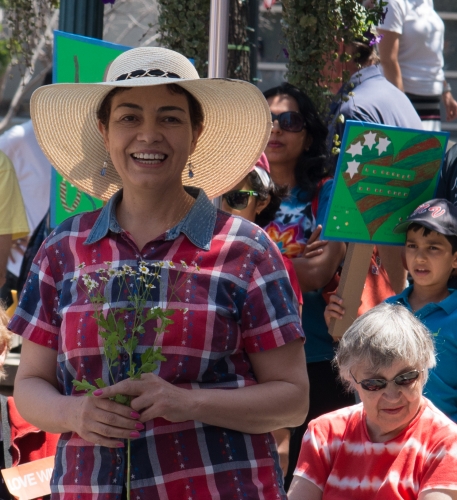 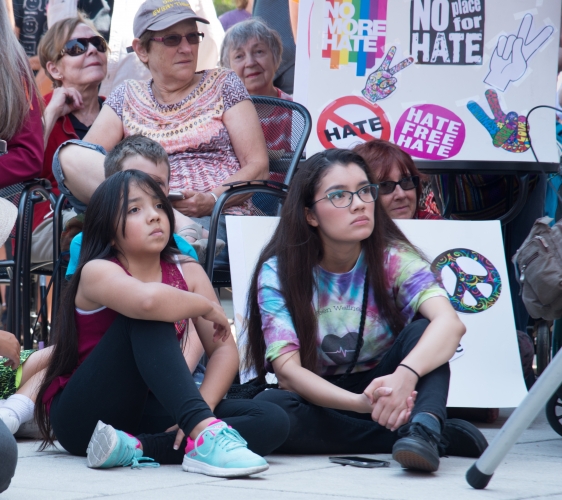 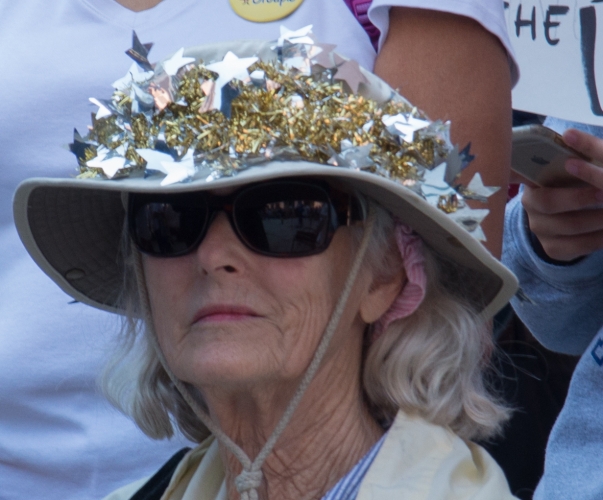 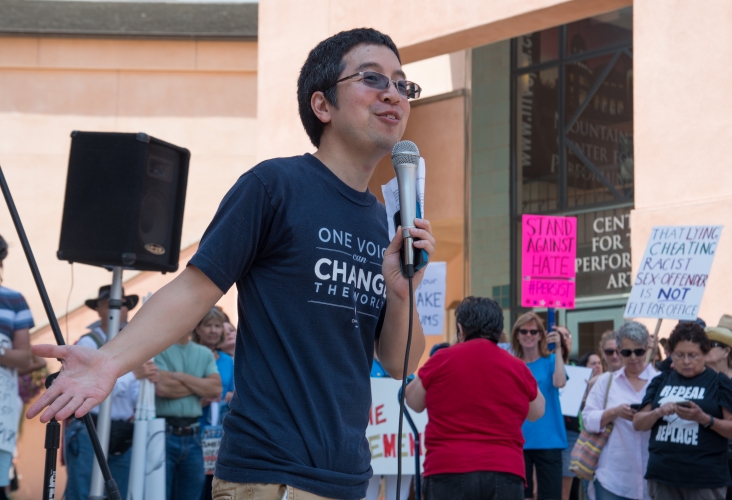 original image (6228x4249)
http://www.probonophoto.org
Add Your Comments
Support Independent Media
We are 100% volunteer and depend on your participation to sustain our efforts!