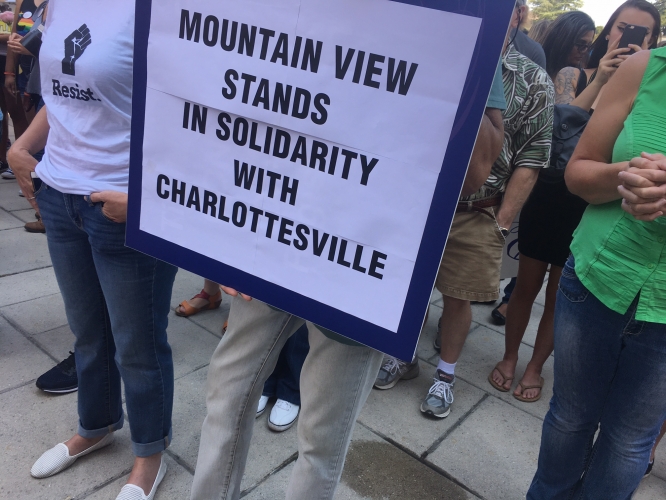 original image (2016x1512)
Recent news of attacks on counter demonstrators by alt-right protesters in Charlottesville, VA caused a stir in Mountain View, but a right-wing demonstration scheduled at Google HQ didn't happen this weekend, after all.

Still the Mountain View Voices for Peace planned counter demo DID take place. Loud voices cried out for equality on Castro St, in the downtown section of the city. It was a family friendly event with coloring activities and balloons for kids. Signs shouted out messages; some clever caricatures of Trump inspired laughter, and for two hours the plaza provided the perfect backdrop for social justice aficionados.

These are some of the photos from that rally which more than 500 people attended. Large rallies will be happening in San Francisco and Berkeley the weekend of August 26/26 as counter protests to announced right wing rallies.
§child friendly demo
by Mary S. Sunday Aug 20th, 2017 2:00 AM 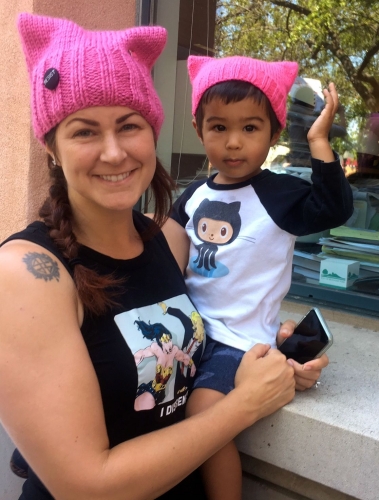 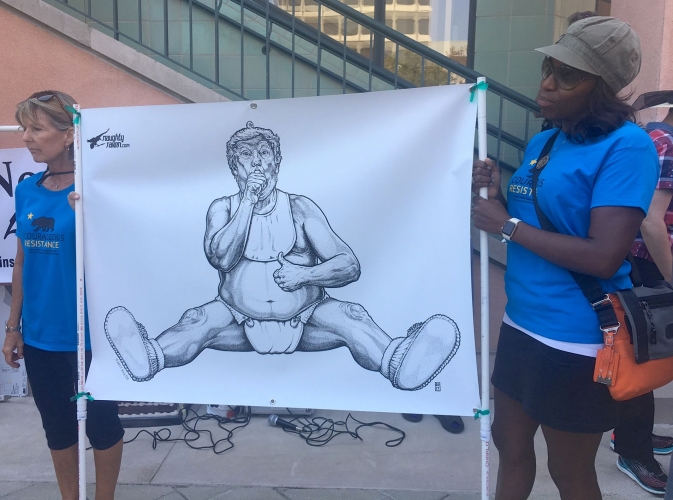 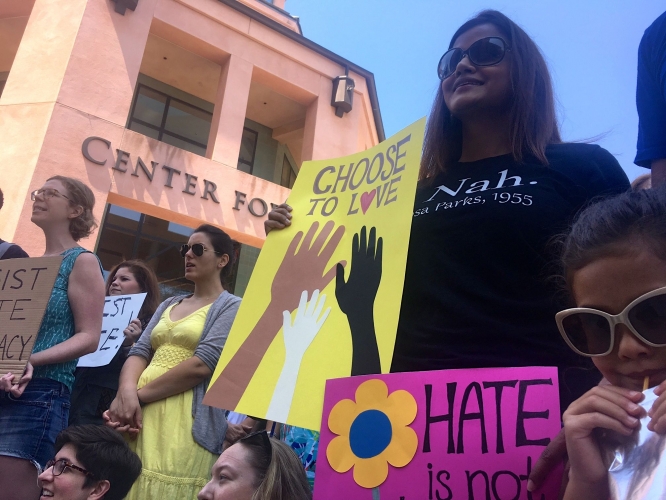 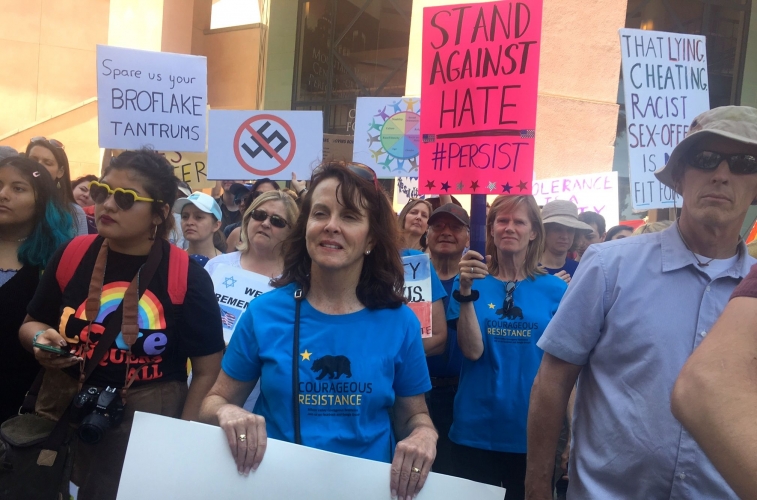 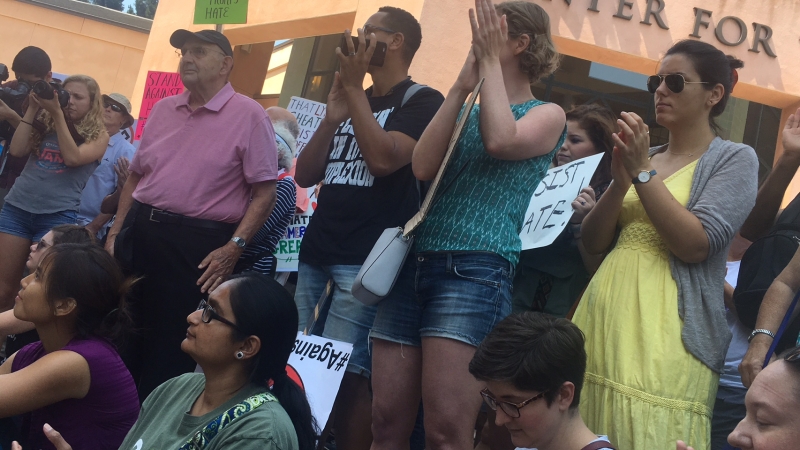 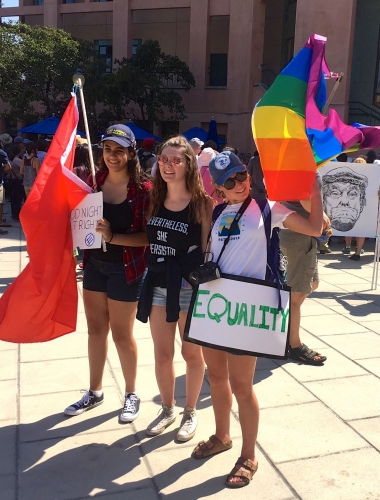 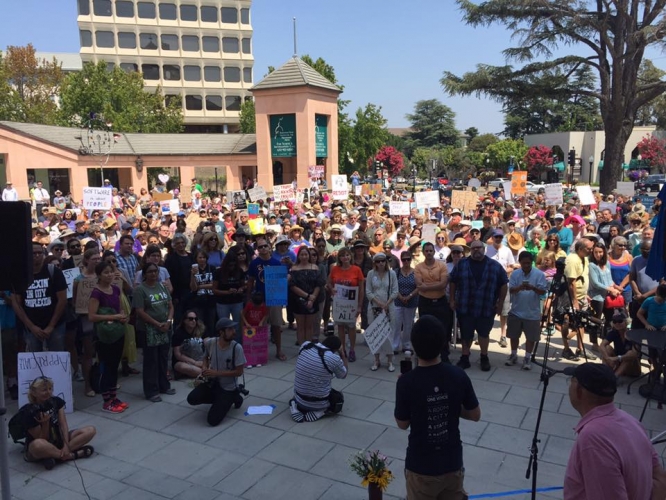 When a memo by a Google employee surfaced, claiming women aren't as good as men in tech, the employee was fired. The so-called alt right threatened to protest at Google. But in the face of recent mass opposition, such as 40,000 protestors marching against them in Boston yesterday, the alt right chickened out. But our side still demonstrated against hate.
§Young women
by Mary S. Sunday Aug 20th, 2017 2:10 AM 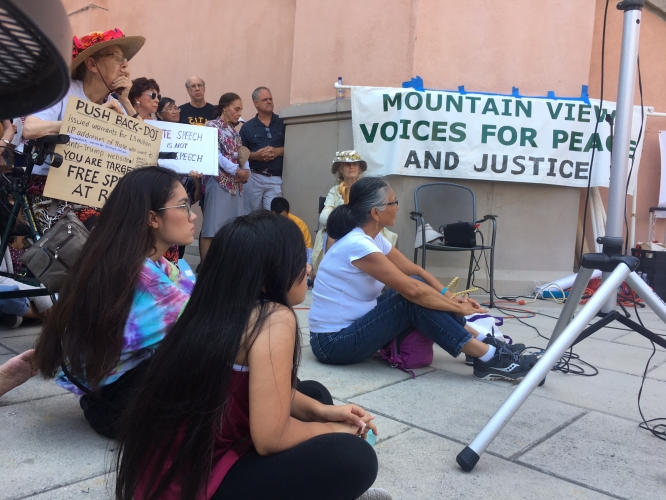 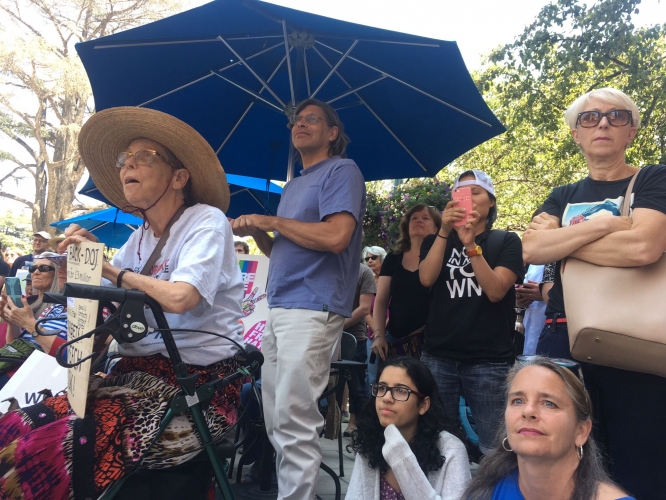 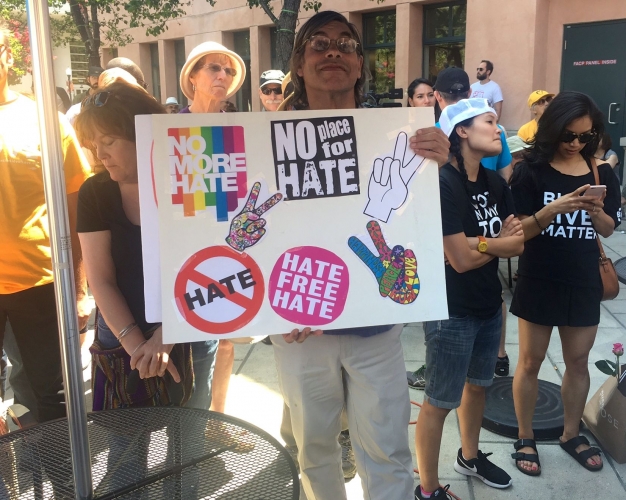 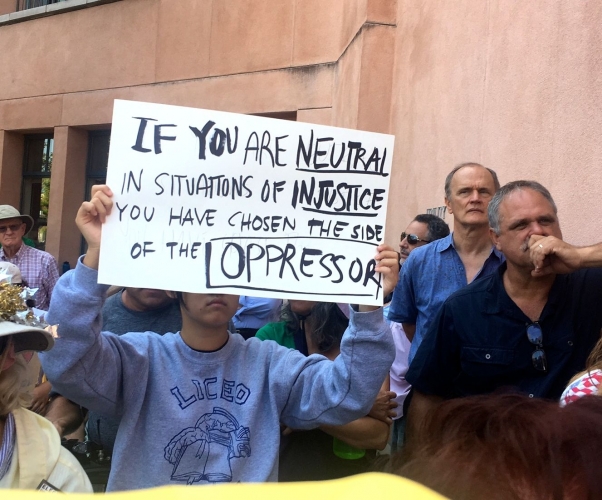 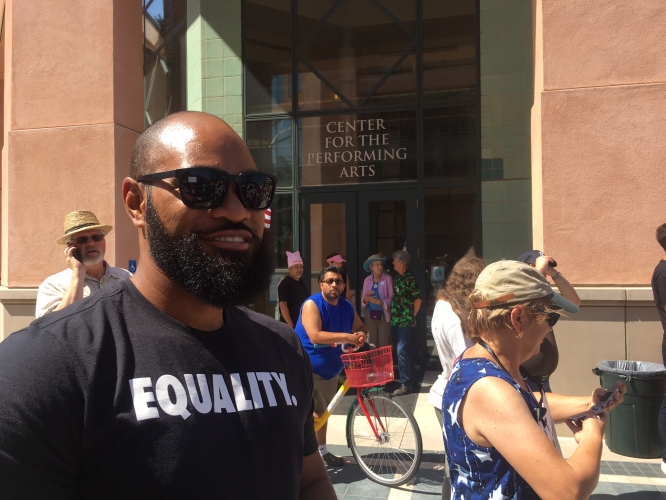 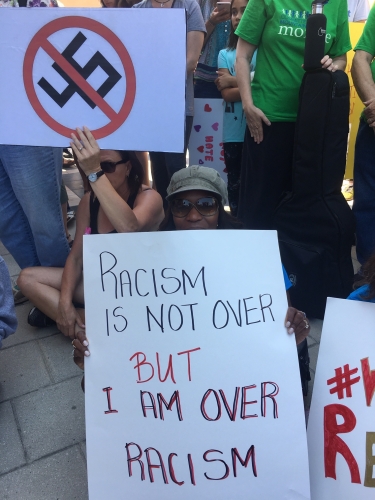 original image (1512x2016)
Add Your Comments
Support Independent Media
We are 100% volunteer and depend on your participation to sustain our efforts!