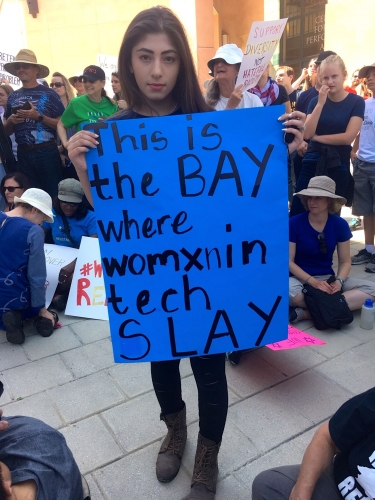 Cause celebre for the alt-right, former Google software engineer James Damore, inspired the protest when he was recently fired for penning an internal memo in which he argued that the low number of women in technical positions was a result of biological differences.

But women and men carried on with a counter protest in response to the postponed right wing event this afternoon. At the city's central plaza in downtown Mountain View, women sang a song they wrote about alt-right support for Damore at an open mic. A young woman carried a sign that read, “This is the Bay where Women in Tech Slay”. Other signs called for an end to discrimination against women employed in tech. They were taking part in the demo “Rally for Human Rights, Dignity, Equality”, which presented the opportunity for the community to demonstrate AGAINST racism and FOR equality for all.
§women's rights
by Mary Smith Saturday Aug 19th, 2017 8:06 PM 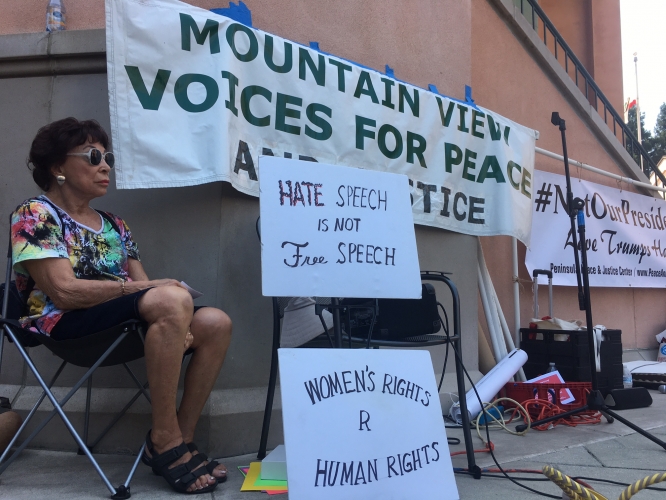 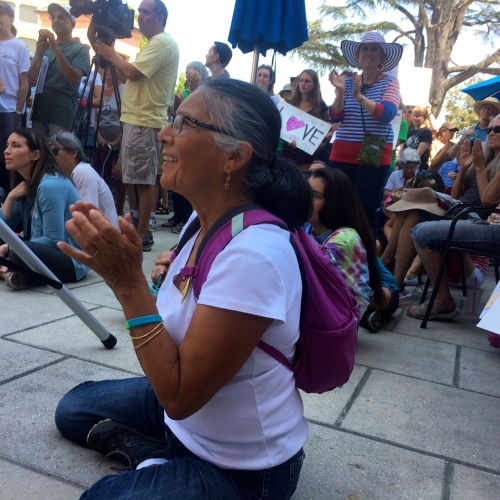 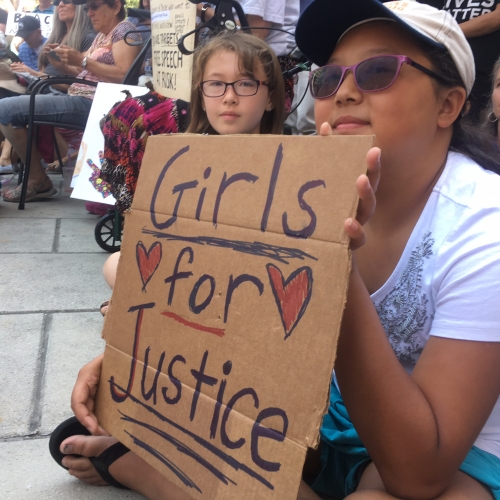 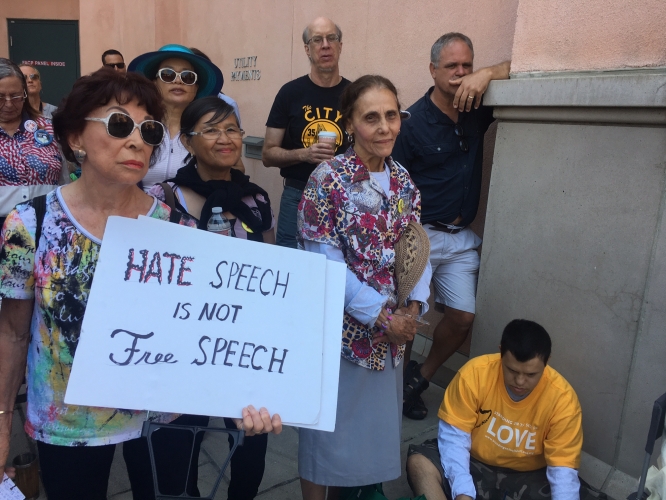 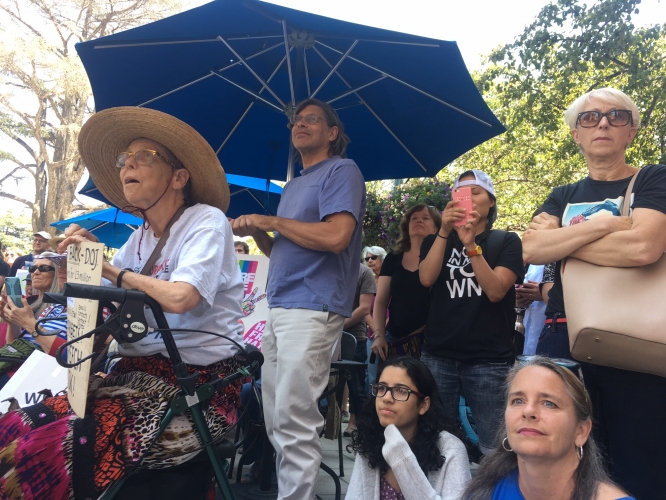