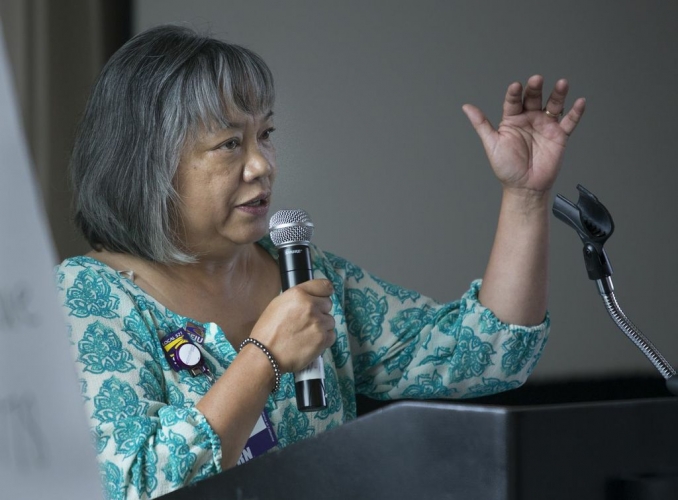 Tasty got some interesting news about one of the trustees appointed recently to run SEIU Nevada.

In April, SEIU President Mary Kay Henry imposed an “emergency trusteeship” on the 9,000-member union and appointed two “trustees” to run the union after removing the elected board and officers.

Luisa Blue, one of SEIU International’s Executive Vice Presidents, serves as the “Trustee” of SEIU Nevada.

“Deputy Trustee” Martin Manteca -- who normally works as the Organizing Director of SEIU Local 721 in Los Angeles -- is “a professional bully,” say his co-workers at Local 721. They say he’s “harassed” and retaliated against staffers at Local 721.

In 2016, staffers were so upset by Manteca's bullying that 55 of them signed a letter delivered to SEIU Local 721 President Bob Schoonover. A copy of the petition is below.

An “update” circulated to Local 721 staff accuses Manteca of “a pattern of persistent, repeated mistreatment, and a culture of intimidation, harassment, retaliation, and nepotism.”

After staffers complained about Manteca, a number of the whistleblowers reportedly were targeted with retaliation and fired. In the process, Manteca and other Local 721 managers “destroyed the department,” according to staffers.

Sounds like the perfect person to fix SEIU Nevada, which is riven by internal divisions and conflicts, according to Mary Kay Henry.

One staffer from Local 721 writes:

I feel bad for the folks in Nevada. Martin is a professional bully, and has harassed and pushed out so many great organizers here. There'll be few of them left in Nevada once he's done there.
END_OF_DOCUMENT_TOKEN_TO_BE_REPLACED
Add Your Comments
Support Independent Media
We are 100% volunteer and depend on your participation to sustain our efforts!