Add an Event
Newswire
Calendar
Features
Home
Donate
From the Open-Publishing Calendar
From the Open-Publishing Newswire
Indybay Feature
Publish to Newswire
Add an Event
Related Categories: East Bay | U.S. | Global Justice & Anti-Capitalism | Racial Justice
From Oakland to Charlottesville: Love & Solidarity
by Solidarity Is Our Weapon
Sunday Aug 13th, 2017 4:47 PM
Over 1,000 people gathered in downtown Oakland on Saturday night within hours of hearing news of the deadly clashes in Charlottesville. Our hearts are heavy and our blood boils with the murder of Heather Heyer. We send love to the dozens of comrades wounded and now healing from the white nationalist and fascist attacks. But more than anything else, we are inspired by the fierce resistance and bravery demonstrated by those who defeated the Nazis, KKK and Alt-Right in Charlottesville. 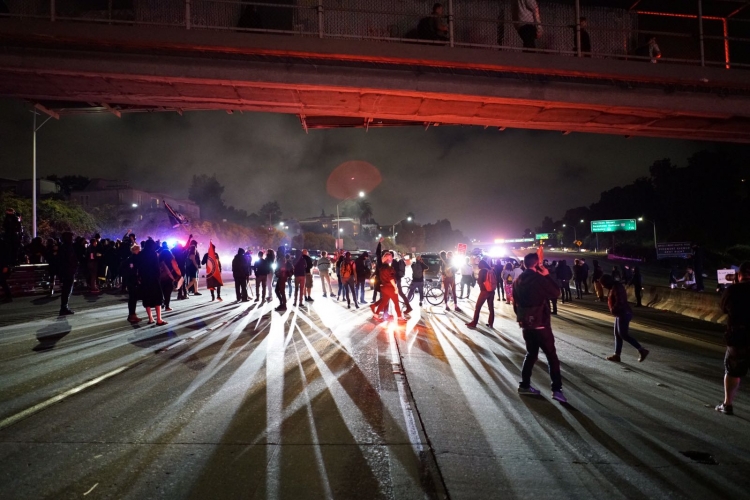 original image (1600x1066)
We saw an unmistakable resiliency from the smallest individual acts of resistance to white terror to the large groups that traveled, networked, federated and moved together. The cowardly attack of the fascists made their desperation clear and make no mistake, the fascists lost yesterday. Any attempts to Unite the Right with the Charlottesville rally have ended in utter failure.

The fascists will never grasp solidarity is our greatest weapon, their hate blinds them and their politic prevents them from enacting any real unity. Those who took up the beautiful call to confront these bigots have delivered a decisive blow to the neo-fascist movements in our country. It was at a great cost, just as in Sacramento, CA one year ago where anti-fascists were able to stop a nazi rally, but several were stabbed.

After the rally in downtown Oakland, the crowd took to the streets and marched around Lake Merritt. As a small gesture of solidarity, of pause and remembrance, the march stormed onto the 580 freeway blocking all traffic in both directions and lit smoke bombs and fireworks. Cars honked in support, rolled down windows and fists raised. The police having no sympathy toward political and ritual practice, played their role. After some time the crowd left on its own terms and returned to downtown where it dispersed without incident.

This demonstration connected many across the political spectrum in deed and in spirit. Solidarity, as the old anarchist union adage goes “An injury to one, is an injury to all!” was manifested not just in Oakland, CA but around the world. Conversations, inspiration, healing were shared publicly as we vowed to defend one another. This is the basis of community, not as a buzzword but as a real and lived bond that is capable.

The Bay is getting ready for the next round in this fight as fascists plan to descend on San Francisco and Berkeley for a series of rallies on August 26 & 27. We make it clear that we do not share in the existential crisis of the fascists, our anger is not just towards individual racists, but the systems and institutions that have persisted and adapted since slavery. We have an alternative to this world and we are making it real and viable with solidarity, autonomy, and mutual aid. We will carry the spirit of Charlottesville with us and make it clear that our solidarity and strength is only growing stronger in the face of this increasingly desperate but deadly fascist infestation.

We carry on the memory of Heather Heyer, one we will not forget, one that lives on along side Mike Brown, Kayla Moore, Salvador Olmo García, Carlo Giuliani, Pavlos Fyssas and many more who have lived a life in struggle and passed on into the next world.

REST IN POWER HEATHER HEYER
SOLIDARITY IS THE WEAPON OF THE PEOPLE
ALL YOU FASCISTS BOUND TO LOSE
https://itsgoingdown.org/oakland-charlotte...
§
by Solidarity Is Our Weapon Sunday Aug 13th, 2017 4:47 PM 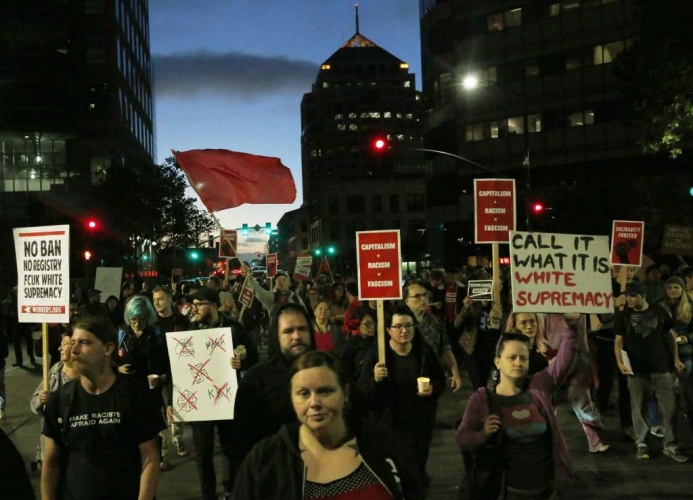 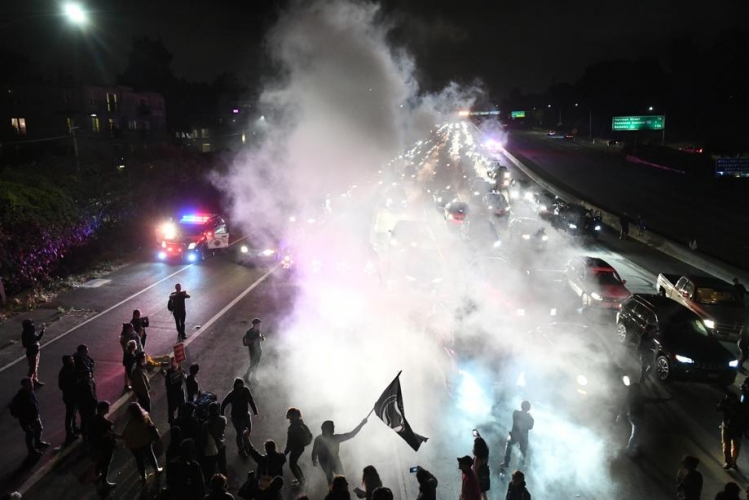 original image (919x613)
https://itsgoingdown.org/oakland-charlotte...
Add Your Comments
Support Independent Media
We are 100% volunteer and depend on your participation to sustain our efforts!