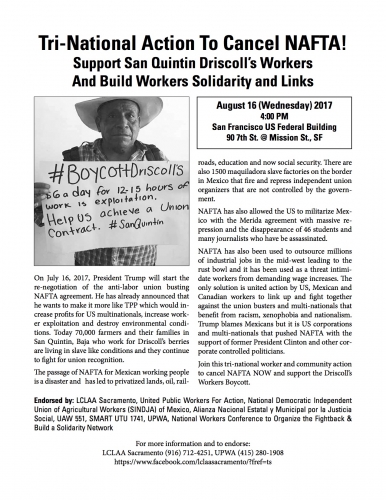 original image (1275x1650)
Workers and their families in San Quintin, Baja face slave like conditions and these workers are fighting for union recognition and living wages.
https://www.facebook.com/lclaasacramento/?...
Add Your Comments
LATEST COMMENTS ABOUT THIS ARTICLE
Listed below are the latest comments about this post.
These comments are submitted anonymously by website visitors.