Add an Event
Newswire
Calendar
Features
Home
Donate
From the Open-Publishing Calendar
From the Open-Publishing Newswire
Indybay Feature
Publish to Newswire
Add an Event
Related Categories: California | Central Valley | Health, Housing & Public Services | Police State & Prisons
Hunger Strike Begins at Old Folsom State Prison
by Inmates
Thursday May 25th, 2017 11:13 PM
Our voice in here can be drowned out by administration, but those out there can help by making their voice heard in concern with our treatment. We urge you to contact all officials and ask questions on the conditions here, and make sure procedures are met for those hunger striking. 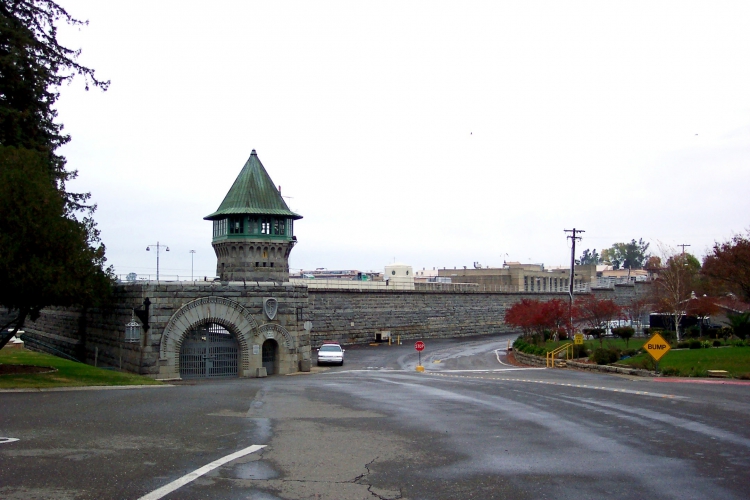 On May 16th, inmates at Old Folsom State Prison made contact with the outside world to announce that they will begin a hunger strike on May 25th.

This announcement comes in response to ongoing mistreatment, dehumanization, and unbearable living conditions at Old Folsom State Prison. Hunger strikes are a last resort, a measure taken by those who truly have no other way out. They often come with high risks and heavy costs to prisoners. Incarcerated people commonly face disciplinary actions, retaliation by prison officials, abuse, and further denial of their basic human rights during hunger strikes- simply for exerting their free will and resisting their mistreatment. The danger of these threats is compounded by the long-term health consequences and extreme physical weakness that accompany starving yourself in an environment that provides woefully inadequate medical care. In short, these prisoners will desperately need our support. When incarcerated people take action to fight for their dignity, their rights, and their lives, those of us on the outside must answer with solidarity. Our support is crucial in getting their demands met and minimizing retaliation against them. We must let these brave individuals know that we have their backs, and that they will not be forgotten.

Today, the hunger strike begins. Please read the information below and make phone calls as soon as possible. All of the contact information you need is included at the bottom. The following media release comes directly from incarcerated people at FSP who will be on strike:

On May 25th, 2017 prisoners in Folsom State Prison B4 ASU (Administrative Segregated Unit) in Represa, CA have started a hunger strike to peacefully protest the conditions of their confinement in the administrative segregated unit. Prisoners have exhausted all reasonable remedies, with no avail. Further, prisoners have attempted to open lines of communication with administrative officials and met with only resistance and silence. Folsom ASU is like stepping back in time to the era when prison officials blanketed the injustice impose on its solitary confined prisoners and bluntly turn a blind eye to mistreatment and the stripping away of basic human dignity and elements. As CDCR made drastic changes throughout its prisons to put prisoners on roads of rehabilitation and more humane living conditions, Folsom officials reject the ideals and continue the injustice of the past. To those reading who may find it hard to believe, just a few years ago many will recall this same fight took place within the SHU (Security Housing Unit).

The direction, message, and programs CDCR implemented for long term isolation to rehabilitate is ignored, shut out, and rejected here in Folsom ASU. Some might assume the impact of the struggle men endure within the SHU to gain fair, dignified living conditions would have a long-lasting effect, yet, men stand again, just as unified. Ready to sacrifice their bodies, health, and life to achieve what has already been hard fought for and accomplished. Why must California prisoners continue to sacrifice health and life, involve lawyers and courts, in order to be treated like human beings? We will continue to remind CDCR officials they will be held accountable for this type of treatment.

Prisoners in B4 ASU are forced to sit or stand idle in their cells or yard cages without meaningful exercise, education, or rehabilitative programs. We are already forced to endure atypical and significant hardships due to being in segregated housing and solitary confined. When taken together, these conditions constitute cruel and unusual punishment under the U.S. Constitution.

We are being deprived of basic human needs, including normal human contact, environmental and sensory stimulation, mental and physical health, entertainment, physical exercise, sleep, access to courts, and meaningful activity. Prolonged exposure to these deprivations has caused and will cause serious physical and psychological harm.

CDCR is aware (Madrid-Ashker-Coleman) that the conditions of extreme isolation will likely inflict some degree of psychological trauma, these injuries include: chronic insomnia, severe concentration and memory problems, anxiety and other ailments. This is why all SHU’s and most ASU’s within CDCR have provided prisoners with the opportunity to have TV’s, pull up bars, education, social and rehabilitative programs. However, FSP continues to put lack of money as an excuse to not fall in line with CDCR’s stated goals, and are content to ignore the suffering of men in its care. We continue to be confined alone in our cells with only misery for company.

Unfortunately our voice in here can be drowned out by administration but those out there can help by making their voice heard in concern with our treatment. We urge you to call, email all officials and ask questions on the conditions here, and make sure procedures are met for those hunger striking.

Sent to a secretary or voicemail? Leave a message for the official you are
trying to contact.

First time calling in? You can find a detailed guide here
https://www.youtube.com/watch?v=251DPVDQ17A

"Hello, my name is ____________ and I'm a resident of California. I am calling in support of the hunger strike that is beginning today at Folsom State Prison. I am deeply concerned about the inhumane conditions of confinement that have brought this on, and strongly urge you to act upon the prisoners' demands, which are reasonable and amount to basic human rights."
Add Your Comments
LATEST COMMENTS ABOUT THIS ARTICLE
Listed below are the latest comments about this post.
These comments are submitted anonymously by website visitors.