Add an Event
Newswire
Calendar
Features
Home
Donate
From the Open-Publishing Calendar
From the Open-Publishing Newswire
Indybay Feature
Publish to Newswire
Add an Event
Related Categories: East Bay | Arts + Action | Government & Elections | Police State & Prisons
Report on Projection at Oakland Coliseum
by a
Wednesday May 17th, 2017 9:34 PM
Don the Con has admitted to obstructing justice, and he should be impeached. We tried to project just that on a billboard next to Oracle Coliseum, after a Warriors game (victory!). IMPEACH didn't fit the sign as well as Fuck Trump. As fireworks went up so did the chant, "Fuck Trump! Fuck Trump!" 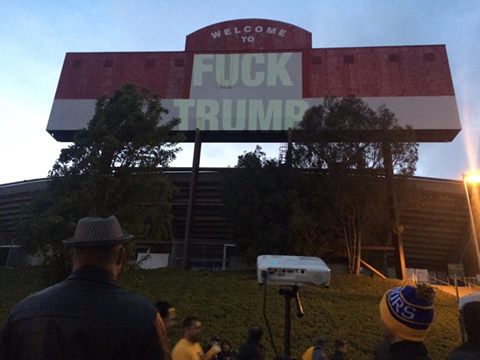 Security noticed. A policewoman asked us to leave, and we packed up. As we were on our way out, we were surrounded and seized by coliseum security. Some of us were handcuffed. Our projector tripod was broken. The coliseum security did not wear badges and refused to give their names. Once an official policeman arrived, the handcuffs were taken off, and we were released without charge.
§The relationship between Trump and Putin
by a Thursday May 18th, 2017 11:50 AM 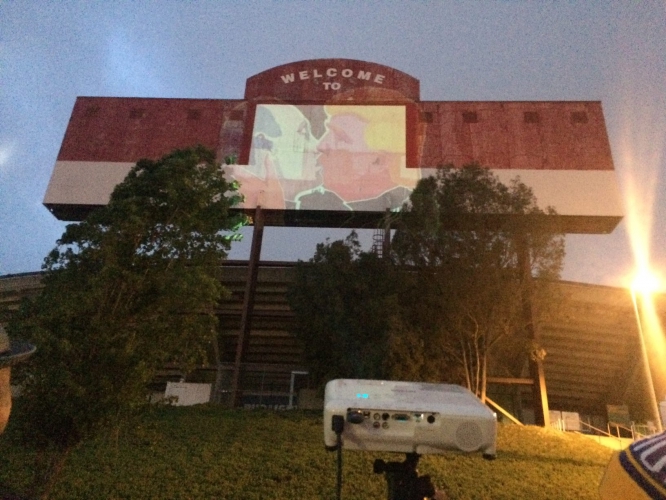 original image (1632x1224)
Add Your Comments
LATEST COMMENTS ABOUT THIS ARTICLE
Listed below are the latest comments about this post.
These comments are submitted anonymously by website visitors.