Add an Event
Newswire
Calendar
Features
Home
Donate
From the Open-Publishing Calendar
From the Open-Publishing Newswire
Indybay Feature
Related Categories: U.S. | Global Justice & Anti-Capitalism | Government & Elections | Health, Housing & Public Services | Labor & Workers | Racial Justice | Womyn
Nicole Humphrey, 'Not Racist or Bigot,' on Class and Section 8 Housing
by FRONTLINE in Dallas, TX
Wednesday May 10th, 2017 5:14 PM
"It's just not people who are of the same class as us. Which sounds bad, but I don't mean that in a bad way."
- Nicole Humphrey
Listen now:
Copy the code below to embed this audio into a web page:
Download Audio (764.0KB) | Embed Audio
[ Audio excerpt from Poverty, Politics and Profit. 1:51 min. ]

FRONTLINE and NPR investigate the billions spent on affordable housing, and why so few get the help they need.

FRONTLINE: But her plan hit a roadblock.

Developer: We thought we were going to have support, and instead the city actually called a public hearing for our property and about 250 angry residents showed up.

FRONTLINE: Some residents voiced concerns about traffic, others about overcrowding in their schools, and some were worried about having low-income housing in their neighborhood.

Nicole Humphrey is a local opponent of the development.

FRONTLINE: What is your concern when it comes to section 8 and low-income?

Nicole Humphrey: Um, the lifestyle I feel like that is goes with section 8 is usually working um single, maybe single moms, or um people who are struggling to keep their heads above water. And it's not ... haha ... I feel so bad saying that. But it's not, um, it's just not people who are, I guess, of the same ... class as us. Which sounds bad, but I don't mean that in a bad way.

FRONTLINE: Do you think that you maybe, are stereotyping the folks ...?

Nicole Humphrey: Oh I totally am, a 100%. It's not, it works both ways. I, I'm definitely not a racist and I'm not bigot, but um I, I think I hold a little bit of a stigma against people who are different. We don't want nomads. We don't want people who don't have roots. I just don't want that to be what my community is about. 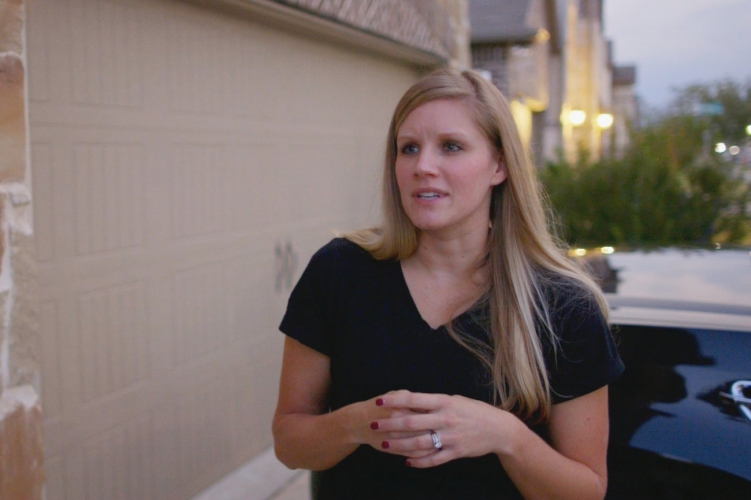 original image (1300x865)
Nicole Humphrey is opposed to a new affordable housing development near the McKinney and Frisco suburbs of Dallas. She and other neighbors have said they worry about traffic and school overcrowding.
Screenshot courtesy of Frontline (PBS)
Add Your Comments
LATEST COMMENTS ABOUT THIS ARTICLE
Listed below are the latest comments about this post.
These comments are submitted anonymously by website visitors.