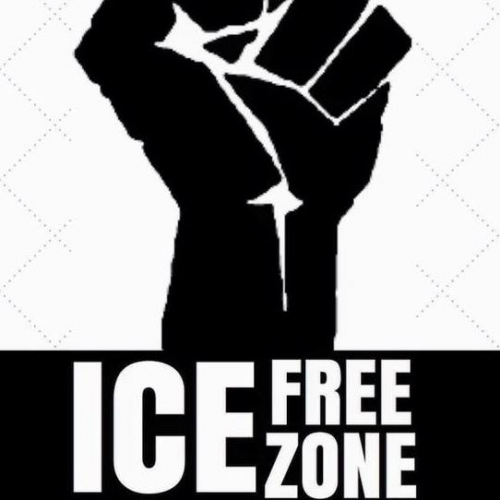 Tacoma, WA - The hunger strikes at the Northwest Detention Center have been ongoing since April 10th. In support of 70 women who began refusing meals on May Day (May 1st), NWDC Resistance is holding a solidarity encampment to show detainees that they are not alone.

As of today, NWDC Resistance received news that at least 9 women continue on hunger strike, women reported that ICE threatened with transfers, forced medical treatment and blocking access to commissary accounts where they can obtain hygiene items amongst other things.

Many more are participating in work stoppages and boycotting the commissary. At least one protester is in solitary confinement for resisting a retaliatory transfer to NORCOR, a jail in Oregon that contracts with ICE to hold immigrants.

ICE and GEO’s retaliatory tactics have backfired -- Washington state protests, inside and outside the NW Detention Center, have spread to Oregon’s NORCOR facility. Protesters have long targeted NORCOR, a rural jail that holds both youth and adults in addition to contracting with ICE, for its inhumane treatment. Detainees were told that if they did not like the horrifying conditions at NORCOR, they should sign voluntary deportation forms. NWDC Resistance confirms that at least 5 immigrant detainees have gone on hunger strike at the NORCOR facility in Oregon. Rural Organizing Project held a solidarity rally for immigrants on striking at NORCOR yesterday.

1. Stop violating our rights [this includes retaliation such as threats, solitary confinement, and transfers to NORCOR or other facilities]

2. Stop incarcerating us for so long

3. We want the right to speak to the judge and be listened to when we don’t have an attorney

4. We want our immigration hearings to happen faster

The hunger strikers are putting their lives on the line because immigrant detention is already a matter of life or death. NWDC Resistance has heard reports that a pregnant woman asked for medical attention when she felt ill and was concerned for her baby. She did not receive medical attention until it was too late. She was reportedly taken to the hospital after her baby died.

We say ¡ya basta! #Ni1Más #Not1More
https://www.facebook.com/NWDCResistance/
Add Your Comments
Support Independent Media
We are 100% volunteer and depend on your participation to sustain our efforts!