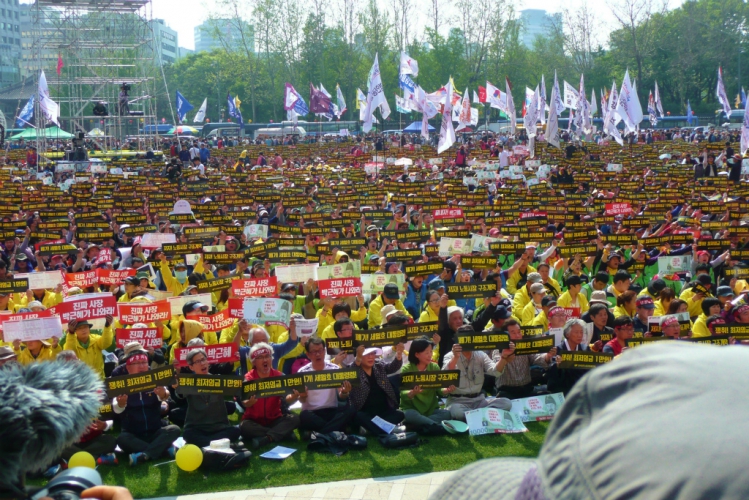 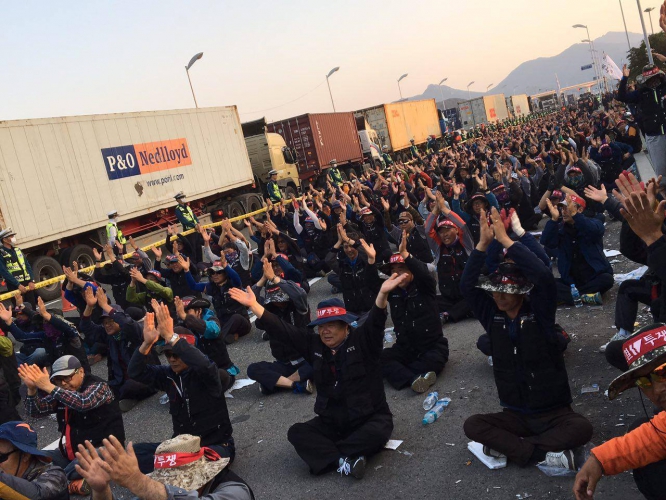 original image (1280x960)
Korea Truck Sol workers had a siting to demand proper health and safety and against deregulation of their work by the corporate controlled government
https://www.youtube.com/watch?v=VZltuJaBlQA
Add Your Comments
LATEST COMMENTS ABOUT THIS ARTICLE
Listed below are the latest comments about this post.
These comments are submitted anonymously by website visitors.