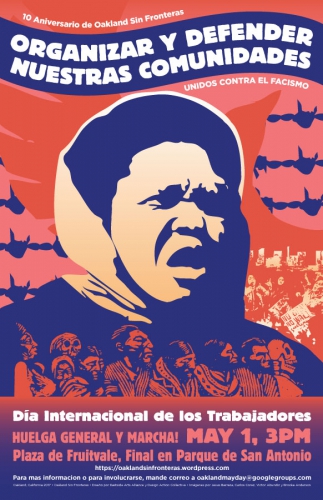 original image (582x900)
In the Bay Area our communities face increased state and economic violence. Only by building a mass movement in the street that unites all of our struggles can we win our fight for justice and dignity.
§2017 Points of Unity
by Oakland Sin Fronteras Wednesday Apr 26th, 2017 4:23 PM 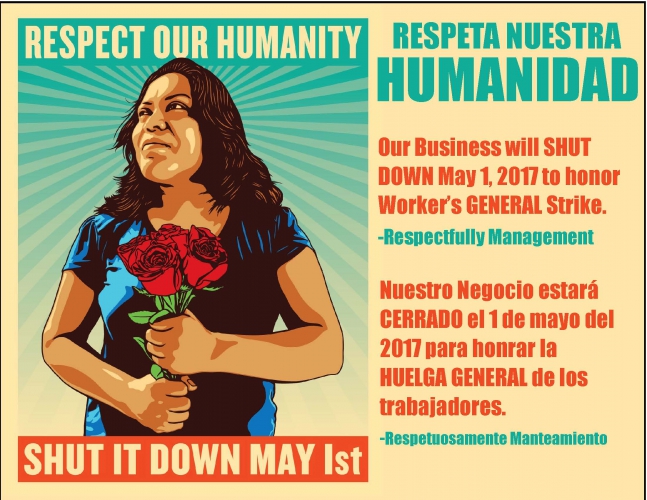 ORGANIZE AND DEFEND OUR COMMUNITIES

WHY ARE WE MARCHING? International Workers' Day has been a time to uplift the struggles, honor the sacrifices, and celebrate the triumphs of working people across the world. As we stand on Ohlone Indigenous land this May 1st, we march in celebration and in resistance with our families, friends, neighbors, and co-workers in our communities, and in solidarity with working people across all borders, to continue the historic struggle against economic and social inequity. With a Trump administration in power, a rising fascist tendency, and growing economic and political oppression of people everywhere, this May Day we march in the spirit of ORGANIZING AND DEFENDING OUR COMMUNITIES from state violence and capitalist exploitation, and toward liberation and self-determination.

NO BAN, NO WALL, NO DEPORTATIONS. FULL RIGHTS FOR ALL MIGRANTS AND REFUGEES, SANCTUARY FOR ALL

ORGANIZE AGAINST STATE VIOLENCE, AND BRING OUR LOVED ONES HOME FROM PRISONS, JAILS, AND DETENTION CENTERS

LIFT THE STRUGGLES OF THOSE MOST IMPACTED BY STATE VIOLENCE

https://oaklandsinfronteras.wordpress.com/
Add Your Comments
Support Independent Media
We are 100% volunteer and depend on your participation to sustain our efforts!