Add an Event
Newswire
Calendar
Features
Home
Donate
From the Open-Publishing Calendar
From the Open-Publishing Newswire
Indybay Feature
Publish to Newswire
Add an Event
Related Categories: East Bay | Global Justice & Anti-Capitalism | Racial Justice
Alt Right “Free Speech Rally” in Berkeley on April 15th
by Anti-Fascist News
Tuesday Apr 4th, 2017 11:03 PM
The veil of “Free Speech” has always been a tool manipulated by the Alt Right, a way of them getting a platform to organize without objection. If they were ever to take power, that right of Free Speech would be lost for all as they build an authoritarian Ethnostate. 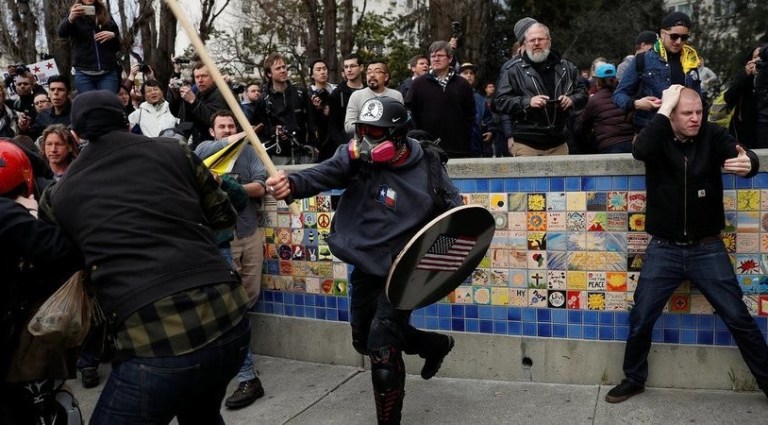 April 15th will be a “Free Speech” rally in Berkeley featuring Lauren Southern as a headliner, the Alt Light provocateur that has been harassing Canadian leftists for years. Southern was a content creator for Rebel Media and is an Alt Right sympathizer. Anti-fascists threw urine on her when she came out to defend an American Front meeting that was happening.

She will be appearing with a whole line-up of Alt Right figures, including AltRight.com contributor Brittany Pettibone. Pettibone is known for her “White Genocide” and Pizzagate conspiracy theories, as well as nationalist and traditionalist politics. She said that these “values once made Western Civilization great, including but not limited to the glorification of the nuclear family, motherhood, masculinity, femininity, etiquette, traditional gender roles and love of one’s own culture, race and country.” She now writes under Richard Spencer’s new website, cementing her in the world of white nationalism.

Parody right-wing songwriter The Man Spot will join them, as well as Kyle Chapman, the “based stickman” who has become a hero for the Alt Right as he fought Antifa with a stick and shield.

What this even shows is that Southern is willing to associate with open white nationalists, and create a bridge between her world and that of places like The Right Stuff.

What is especially pernicious about this event is that it will bring out more than just the Alt Right, creating the perfect cauldron for recruitment. This is exactly what groups like Identity Europa and “IRL” groups for The Right Stuff need. That is why this event should not go off unopposed, and an organized response is necessary.

Come fork it up with other like-minded folks! Enjoy food, music, speakers and more! Bring friends, a mask and food to share if ya can!

To help protect yourself from the alt-right and the state, bring a mask or other way to conceal your identity and bring your friends to have each other’s backs.

For more helpful information on staying safe and secure check out the following tips:

Message in a bottle. A quick tip pamphlet for street based resistance.
https://itsgoingdown.org/wp-content/uploads/2017/03/message-in-a-bottle.pdf 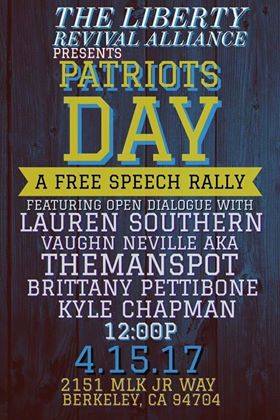