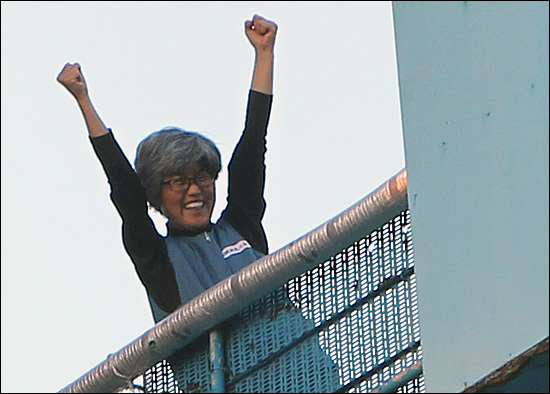 Korean shipyard worker Jin-suk Kim at victory at the shipyard after 309 day occupation.
https://www.youtube.com/embed/BXIfuAChOKs
Add Your Comments
LATEST COMMENTS ABOUT THIS ARTICLE
Listed below are the latest comments about this post.
These comments are submitted anonymously by website visitors.