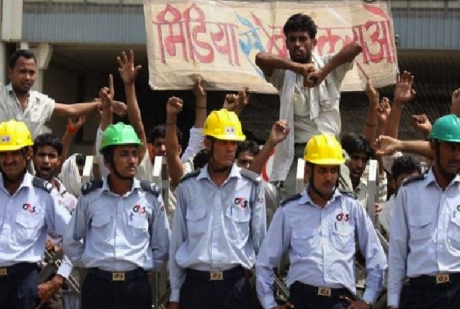 The oppressive conditions imposed on the workers by the bosses led to an explosion at the factory and the government which represents the multi-nationals like Japan based Suzuki want the workers to pay with life time imprisonment.
Factories Of Death And Despair- On Industrial Accidents
https://www.youtube.com/watch?v=iaZhQvg9YIA
https://www.youtube.com/watch?v=_LfBMZupeOs
Published on Mar 29, 2014
मौत और मायूसी के कारख़ाने -- औद्योगिक दुर्घटनाओं पर
Factories of Death and Despair -- On Industrial accidents
ह्यूमन लैण्‍डस्‍कैप प्रोडक्‍शंस (अरविन्‍द स्‍मृति न्‍यास)
http://www.upwa.info
Add Your Comments
LATEST COMMENTS ABOUT THIS ARTICLE
Listed below are the latest comments about this post.
These comments are submitted anonymously by website visitors.