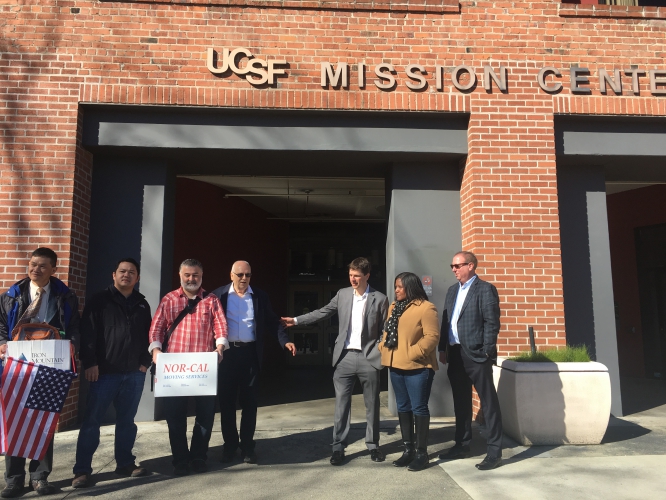 UCSF tech workers on February 28, 2017 spoke out about the outsourcing of their jobs to India and the use of H-1B immigrant workers to train replacement of their jobs to India. The UC Regents and managers say they will save $30 million over 5 years. Workers also reported that UC managers will receive bonuses from the university for outsourcing their job and saving money. The tech workers who are exempt from union membership were joined by UPTE CWA Local 9119 members who supported their fight against contracting out and outsourcing of many jobs at UCSF.

The workers also discussed the refusal of the Democrats who control the governorship and legislature to opposed the outsourcing. Gavin Newsom is on the Board of Regents yet there was not opposition to the outsourcing. Also Senator Feinstein whose husband Dick Blum on the Regents Board refused to respond to tech workers who wrote to her to get support. The University gets billions of dollars from the Federal government. 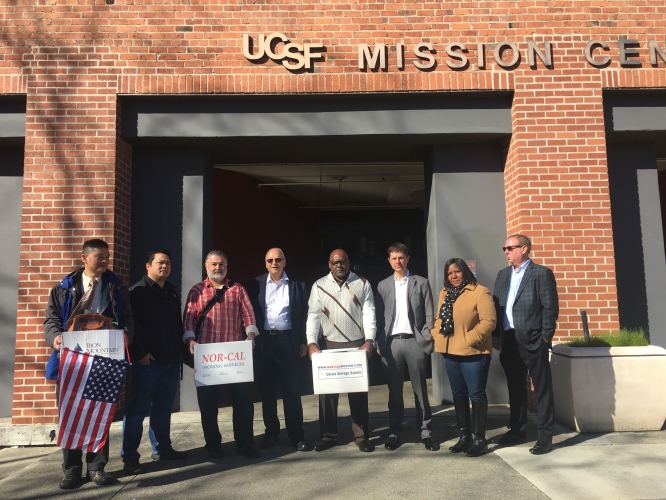 original image (4032x3024)
UCSF tech workers are being outsourced by bosses who will get bonus approved by the UC Regents who are controlled by Democratic governor Jerry Brown. Senator Diane Feinstein was contacted by the workers and her office ignored their requests to support them. Her husband Richard Blum is on the Regents and was involved in getting UC pension funds into funds that he could profit from.
https://youtu.be/DQOQiYd0fTo
§Outsourced UCSF Tech Workers Saying Good By
by Labor Video Project Thursday Mar 2nd, 2017 9:28 AM 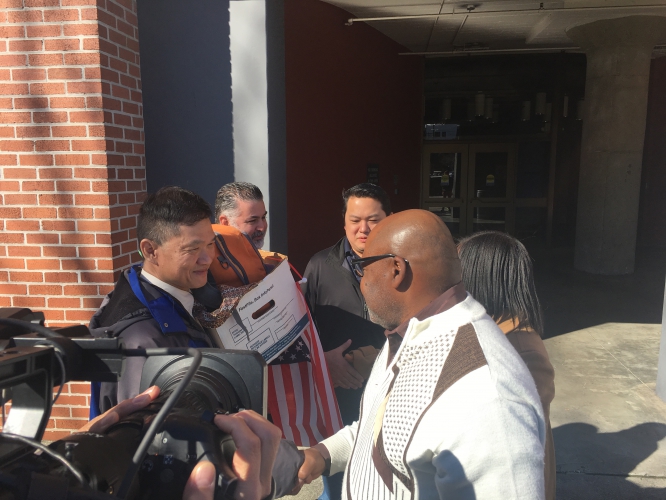 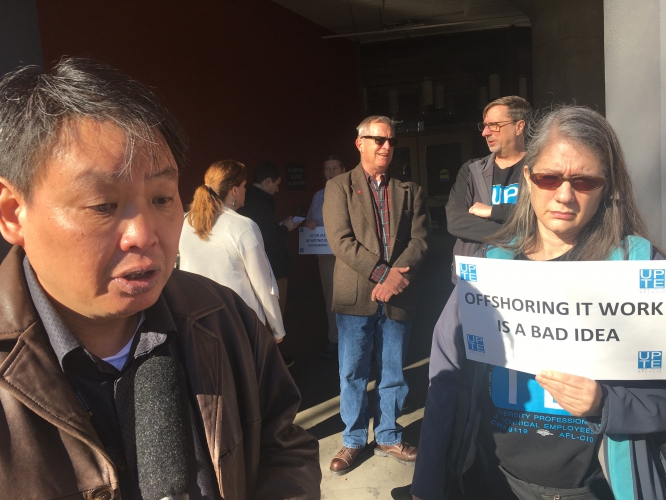 original image (4032x3024)
UPTE CWA UCSF interpreter Lisa Milos supported the tech workers who were being outsourced. UC is also trying to outsource medical interpreters using videos so they can cut costs. This harms the patients and doctors who cannot get professional interpretation using monitors. These jobs have been outsourced to Costa Rica by the UC Regents and bosses.
https://youtu.be/DQOQiYd0fTo
Add Your Comments
Support Independent Media
We are 100% volunteer and depend on your participation to sustain our efforts!