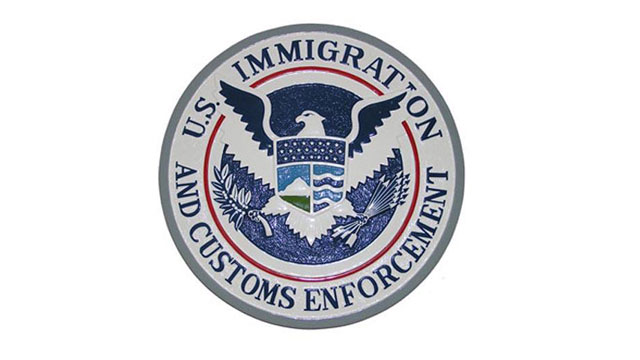 * Chief Vogel admitted to there being an ICE agent embedded in the SCPD since 2009, who was never mentioned in the police’s report about the raids. He is given office space and works closely with them.


The evening session of the February 28th Santa Cruz City Council meeting sure was exciting.

Folks started arriving to support Sanctuary around 7PM, and found the chambers already packed full and an outdoor overflow area waiting for them. Additional space for overflow was also provided in Civic auditorium with a livestream of the meeting. We sure needed the extra space, and it’s great that it was provided.

The agenda item "Immigration Policies and Update on the February 13, 2017 Gang-Related Arrests (CM)" turned out a ton of people. That was because the public wanted to come support the Council adopting the strongest Sanctuary policies possible, in the form of an ordinance and not just a resolution.

It began with a lengthy and exhaustive report on the raids and the following drama between DHS/ICE and SCPD. Many amazing comments were given, with especially moving ones at the beginning from victims of the raids, some through testimony read by trusted friends. The comment portion of the agenda was wrapped up nicely by a particularly passionate speech from Sanctuary Santa Cruz coordinator, Ernestina Saldana. The themes included stronger language for the proposed ordinance, no cooperation with DHS in any way, and full transparency from the SCPD moving forward.

Those attending had to wait about 4 hours to see the conclusion of the agenda item, much of it spent out in the cold for those who could not fit into the chambers until later. Patience is a virtue though, and those who saw it through were witness to something both extraordinary and terrifying.

At least 4 members of the public who spoke at the comment portion of the agenda item directly asked the Council and SCPD Chief Vogel if an ICE agent is “embedded in SCPD.” They asked this because some fellow activists had been told this by County Supervisor John Leopold. Vogel didn’t answer during the comments--apparently that wouldn’t have been proper --but after the public finished speaking, Vice Mayor David Terrazas correctly pointed out that this is a pretty big claim for people to be making, and before the Council could deliberate this further Vogel cleared the air for us.

“Yes” was the jist of his answer. Yes, an ICE/DHS agent* has not only been working closely with, but even given office space by Santa Cruz Police Department since 2009, and was involved in the recent raids in some capacity. *(ICE is part of DHS and these agents are fully able to and frequently do enforce immigration law)

There has been an ICE agent embedded in SCPD this whole time.

When Councilmember Sandy Brown pointed out that she had already known this and was planning to ask Vogel about it if the public didn’t, another councilmember asked how she knew.“Well a community member told me about it, and so I just called Leopold and asked him,” was her straightforward response which was met with applause and supportive laughter by the crowd.

At this point the crowd had gone from hopeful and energized to angry and shocked. Vogel was asked some questions by the Council about it, and tried to smooth over the whole situation-to no avail.

It was clear that the Council was not happy to just be learning about this. It was also clear the crowd was quite angry to have sat through an almost 2 hour presentation on the raids and SCPD’s relationship with ICE only to find out this startling revelation and then hear Vogel explain, “If someone had asked me earlier I would have given them the same answer, yes.”

The discussion on the Council moved on to the proposed ordinance itself, and specifically a motion by Councilmember Martine Watkins which included calling for the proposed ordinance language to come back for a first reading, which is was what the public was waiting for. The public expected this motion to come from Sandy Brown, but apparently this part of the process works like a game of Jeopardy, and whoever starts speaking into their microphone first in the beginning of deliberations gets to make a motion, and others have to vote it down or amend it.

The deliberations involved lots of debate over the ins and outs of the language, and specifically how to respond to the many many public comments begging for or outright demanding stronger language.The main thing added to the proposed language (which the City Attorney admitted was not particularly strong) was the stipulation that City Council must be notified of ICE activity in the city “when practical following the activity.”

This is definitely good to have in there, but there was some drama at the end when councilmember Chris Krohn called Sanctuary activist Danny Drysdale, up to clarify this notification policy. It was a little messy, but the purpose of calling Danny up to speak seemed to be to explain the implications of the phrases “when practical” and “following” in the policy. A member of the audience then cleared it up by yelling out “It means after!” As in the police would notify City Council only after the ICE activity, “when practical.”

Danny was not permitted to speak after several members of the council got very angry with Chris until the City Attorney pointed out that the Mayor was in charge of the meeting and could decide to block the clarification.

The motion to bring the language back for a first reading as an ordinance passed unanimously.

Let’s be clear, this is a victory and something only possible with massive public support for the move from resolution to ordinance. However, the advocates of Sanctuary wanted stronger language than what was proposed, “the strongest possible” was a phrase we heard a lot in the comments.

Between the time that the City Attorney called the ordinance “not particularly strong” and the time of the vote, not much had changed in the language. Notification was added, but notification after ICE activity and “when” practical will likely be next to useless.

So the win here was watered down, and the news ruined any chance of the elation the council was surely hoping to see from the crowd.

The immigrant portion of our community has every right to be terrified, and the more we learn about these raids the more we find this to be true. Every time the City offers an olive branch, a new revelation ruins the chance for a renewal of trust.

We should celebrate the victory, but mourn the loss of a chance for the strongest possible ordinance, at least for now. We should still hope it helps people’s sense of security, which has been consistently torn apart as we move further into the Trump administration. We should all also continue the fight at the next Council meeting in 2 weeks.


Santa Cruz Council Watch
https://www.facebook.com/SCCouncilWatch/
§Edits and Clarification
by Santa Cruz Council Watch Thursday Mar 2nd, 2017 11:01 PM
---Vogel called the embedded agent a DHS agent and some people have been responded saying that this means it is not an ICE agent. It is an ICE agent. ICE is an organization within DHS. ICE has two main operation groups within it: Enforcement and Removal Operations & Homeland Security Investigations.

ERO is supposed to handle deportations and detainment of immigrants. HSI is supposed to handle only criminal cases such as the MS-13 case in the raids. According to Vogel, this agent is not part of ERO, he’s part of HSI. That’s the same thing we were told about the agents who came in to do the raids though, and we saw what happened there.

The embedded agent is, according to Vogel, a HSI agent, an ICE agent, and a DHS agent. Confusing of course, but an important thing to be clear on. This is why DHS/ICE/HSI are being used so interchangeably by the police, press, and activists.


---Vogel did say he was going to “serve the agent eviction papers” but did not offer an exact timeline, and said that the agent was needed around to finish the case concerning the raids.


---A very important thing left out of this write-up was a piece of information that Deputy Chief Flippo gave in the report on the raids. The SCPD do not know how many people were taken on February 13th. DHS has been uncooperative in sharing this information. So not only had these people been effectively disappeared--a tactic used by oppressive governments to terrify communities and smash resistance--for at least a few days, we still don’t know how many people this happened to and we don’t even know if everyone has been released. DHS refuses to share this information with our police. This is a crucial piece of information to be aware of we move further into the Trump Presidency.

§Follow up up on Beach Flats Raids
by Micah Posner
Tuesday Apr 4th, 2017 11:14 AM
Sadly, my suspicions about the raids on the Beach Flats were entirely on the mark. It turns out that Homeland Security DID arrest at least 11 people for not having immigration documents despite the assertions by City Police that the raid was only to arrest gang members with warrants. The police say that they were lied to by Homeland Security and will never trust them again. Presumably, that means they are going to stop giving Homeland Security a desk in the City Police Department.

Personally, I am starting to understand why the constitution is so clear on not having a domestic army. In the meantime, we need to keep working to protect our Latino citizens, with and without documents, from the racist scapegoating happening all across America.
Add a Comment
Support Independent Media
We are 100% volunteer and depend on your participation to sustain our efforts!