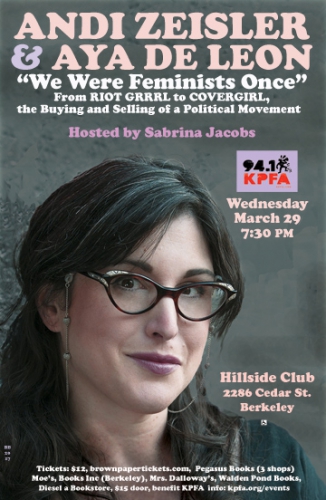 Andi Geisler, founder and creative director of BITCH Magazine, insists that pop culture has co-opted the feminist movement, and transformed it into something unrecognizable and dysfunctional. While we've been watching and forwarding Amy Schumer's videos, Repubs have been winning everything. Aya De Leon - poet, professor of African-American studies at UCB, slam poetry champ - tends to agree. Sabrina Jacobs of KPFA's Rude Awakening chops it up with them. Full info at kpfa.org/events

http://www.kpfa.org/events
Add Your Comments
Support Independent Media
We are 100% volunteer and depend on your participation to sustain our efforts!