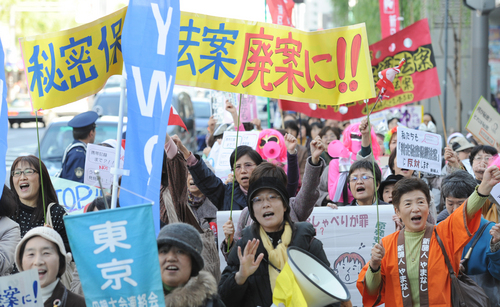 Japanese women march through Tokyo's Ginza district to protest the "secrecy" bill pushed by the Abe government and LDP. This law is now being used to suppress journalists and others who are investigating and exposing the cover-up of the continued dangers of Fukushima and nuclear power.
http://nonukesaction.wordpress.com/
§Japanese Railroad Workers Union Doro-Mito Strikes Against Start-up of Fukushima Rail Lines
by No Nukes Action Tuesday Feb 21st, 2017 7:58 AM 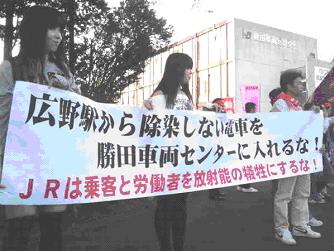 Japan Railroad Doro-Mito went on strike to protest the start-up of railroad lines in Fukushima despite the continued dangers of high radioactive material in the area and contamination of passengers and their member.
http://nonukesaction.wordpress.com/
Add Your Comments
LATEST COMMENTS ABOUT THIS ARTICLE
Listed below are the latest comments about this post.
These comments are submitted anonymously by website visitors.