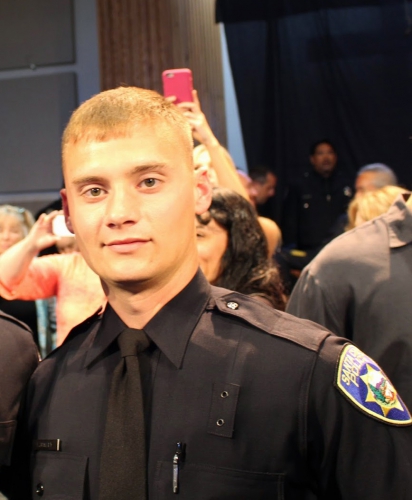 original image (868x1051)
On the evening of Sean Arlt's killing, SCPD Officer Erik Bailey was sent to a house on Chace Street in Santa Cruz after residents called for help and reported a disturbance at the home. Arlt, who suffered from mental illness, was allegedly the source of that disturbance.

Bailey and three other officers confronted Arlt, who was outside the house allegedly holding a garden rake in a threatening manner. Officers say they tried to tase Arlt, but it didn't work, and 20 seconds after first confronting him Bailey shot and killed Arlt. Arlt never made physical contact with the officers or anyone in the house.

The Santa Cruz Sentinel reports that DA Jeff Rosell said there is no precedent for a garden rake being used in a court of law as a deadly weapon, but that his office still made the determination not to press charges against Bailey because the tool could be used in a threatening manner, he said.

Erik Bailey was sworn in as an officer by Santa Cruz Chief of Police Kevin Vogel on May 1, 2015. Erik Bailey's father, Mark Bailey, was a 26-year veteran of the Santa Cruz Police Department himself, and his son was assigned his same badge number of #146 to use.

Erik Bailey was 25 when he was sworn in. Eric previously worked at Safeway in Aptos. Erik also serves in the United States Marine Corps Reserve as a radio operator.
§Erik Bailey with Chief of Police Kevin Vogel
by Santa Cruz Police News Thursday Feb 16th, 2017 3:30 PM 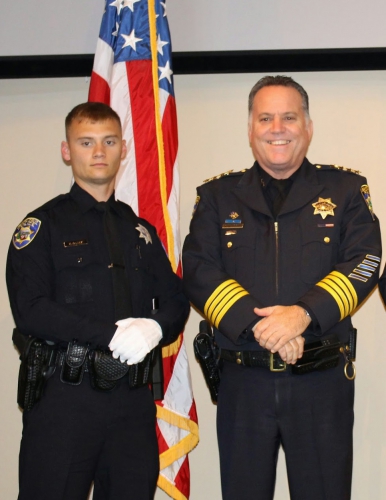 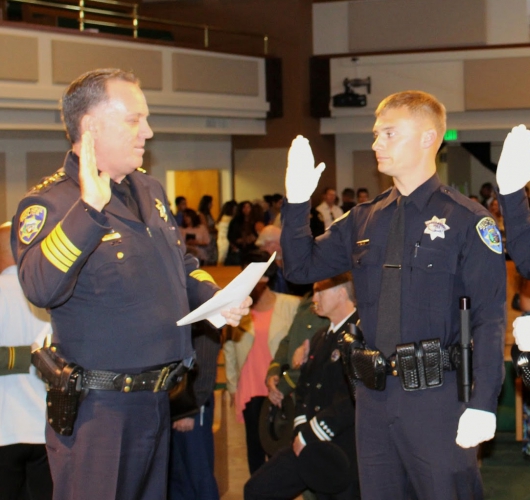 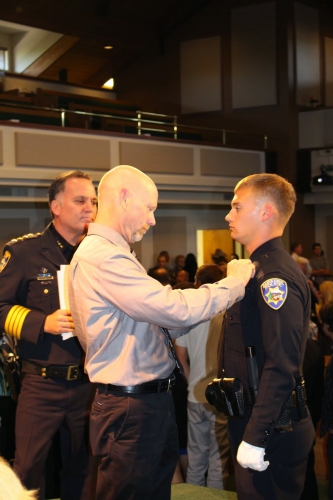 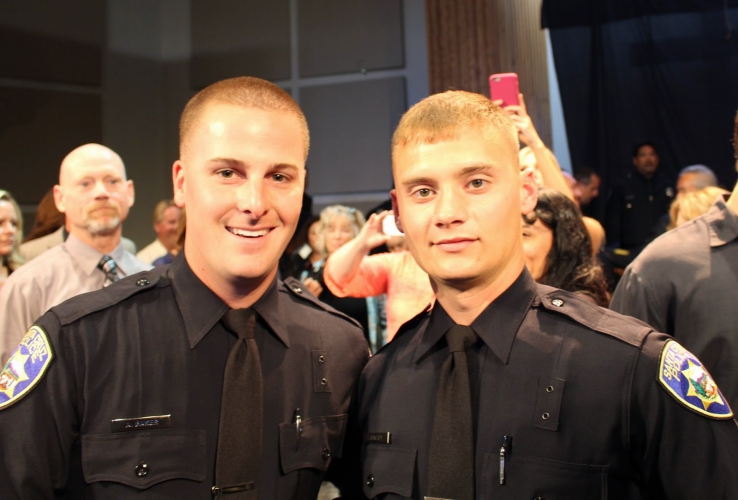 "Officers Adam Baker and Erik Bailey were working the graveyard shift on Oct. 16, 2016 when a homeowner on Chace Street called 911" 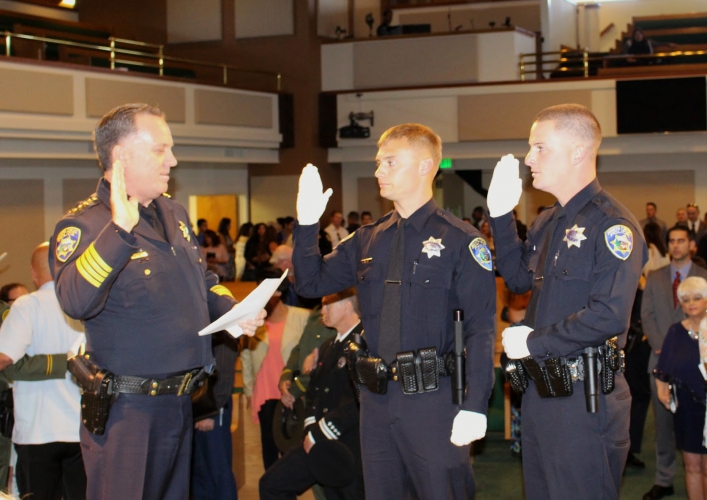 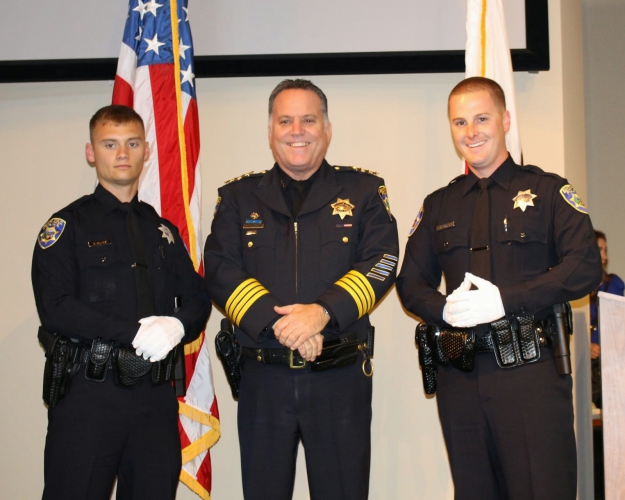 original image (1600x1279)
SCPD Ofc. Adam Baker and Ofc. Erik Bailey were sworn in together by Chief Vogel on May 1, 2015.
Add Your Comments
LATEST COMMENTS ABOUT THIS ARTICLE
Listed below are the latest comments about this post.
These comments are submitted anonymously by website visitors.