by Tony Marks-Block
The US Forest Service’s Pacific Southwest office, in partnership with the non-profit organization EcoAdapt and the Bureau of Land Management (California), met with the Karuk Tribe’s Department of Natural Resources on January 17th to receive input on their Northwestern California Climate Adaptation Project. The project intends to assess the climate change vulnerability of resources and habitats within the Klamath, Six Rivers, Mendocino, Shasta-Trinity National Forests, and BLM lands (Arcata, Redding and Ukiah) to inform future forest and resource management planning. 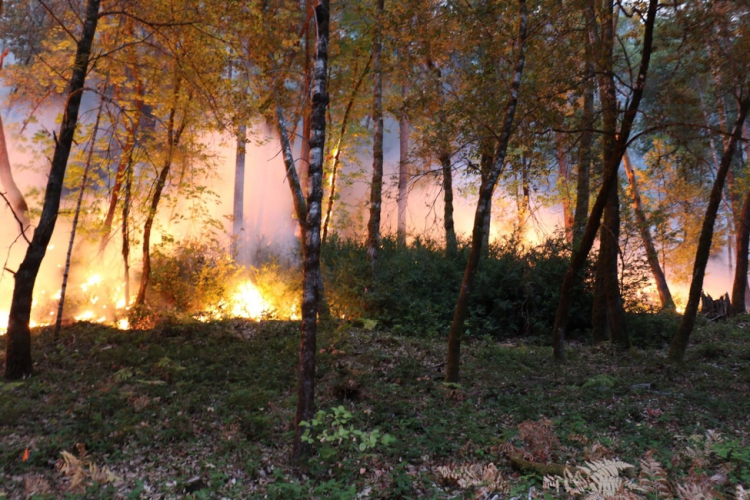 original image (975x650)
The US Forest Service’s Pacific Southwest office, in partnership with the non-profit organization EcoAdapt and the Bureau of Land Management (California), met with the Karuk Tribe’s Department of Natural Resources on January 17th to receive input on their Northwestern California Climate Adaptation Project. The project intends to assess the climate change vulnerability of resources and habitats within the Klamath, Six Rivers, Mendocino, Shasta-Trinity National Forests, and BLM lands (Arcata, Redding and Ukiah) to inform future forest and resource management planning.

This meeting was the second held in Orleans, California, in an effort to rectify the federal agencies’ alleged failure to meet their trust responsibilities to affected tribal governments (see the July 26, 2016 edition of the Two Rivers Tribune). Responding to an invitation extended by the Karuk Tribe, these agencies, the Yurok Tribe and general stakeholders met on July 1, 2016 to provide a forum for a wide variety of climate change concerns and as an opportunity for the federal government to meet their legal obligation to consult with tribes. According to the Karuk Tribe’s Watershed Restoration Coordinator Earl Crosby, the aforementioned meeting was “more show and tell than consultation.”

Nevertheless by the end of the July meeting, the Forest Supervisor of the Six Rivers National Forest Merv George Jr. and the Deputy Forest Supervisor of the Klamath National Forest Christine Frisbee pledged their commitment towards realigning the timeline of the Northwestern California Climate Adaptation Project to provide tribes government to government consultation on its development, as well as input on the focal resources (habitats, species, ecosystem services) studied. “As many of you may know, I am a Hupa Tribal Member and dedicated to this land” said George Jr. “Besides that, my wife is a basketweaver. She would have my throat if I didn’t protect these resources,” he added at the July meeting with a smile.

When the January 17th meeting commenced, however, smiles were strained. “We hadn’t heard a peep from anyone about where they were in the process,” reported Karuk Director of Natural Resources Leaf Hillman. Yet by the time the meeting concluded, the federal agencies and EcoAdapt proved they were open to consultation and ongoing collaboration with the Karuk Tribe to generate various assessments and strategies to reduce vulnerabilities and/or increase overall resilience to climate change. In particular, Tribal members emphasized the importance of prescribed fire in creating climate resiliency for Tribal resources. “The increase in conifers due to fire exclusion only makes our forests more vulnerable to wildfires, which are increasing in size due to fire exclusion and climate stressors,” said Karuk Deputy Director of Eco-Cultural Revitalization Bill Tripp.

Upon general consensus, the meeting agenda was shifted to highlight findings from the newly published Karuk Tribe Climate Vulnerability Assessment. The lead on this project, University of Oregon’s Dr. Kari Norgaard, emphasized the political implications of climate change planning, saying this process “needs to be an opportunity to change the management framework,” and that the “structures in place are not supportive of Indigenous sovereignty.” Project lead for EcoAdapt Jessi Kershner then asked for more information about the assessment’s format, and Leaf Hillman explained the Tribe’s choice to outline its focal and indicator species “through the lens of fire.” Fire exclusion, he said, “has demonstrated that we can’t talk about ‘species’ or ‘habitats’ without talking about fire.” Federal agency officials agreed, and the meeting discussion moved quickly to exploring possibilities for incorporating this work into the Northern California Climate Adaptation Project.

The Tribe’s Pikyav Field Institute Program Manager Lisa Hillman wanted to make sure that information the Tribe provided in the assessment “wouldn’t only be an addendum in publications, but would be fully integrated alongside other recommendations.” In response, the USFS Assistant Regional Ecologist and project lead Dr. Sarah Sawyer said that “traditional ecological knowledge will play a huge role in evaluating vulnerabilities…and will be incorporated alongside everything else in reports”.

While the project is slated for completion in the spring of 2018, Kershner reported that they were still in the first step of the project’s planning process of defining goals and priorities and generating a list of focal resources. “We want to focus on Step 1 to get off on the right foot.” Next steps will be to narrow down the number of focal species and/or habitats evaluated and to draft an assessment template that addresses commonalities between federal and tribal perspectives.