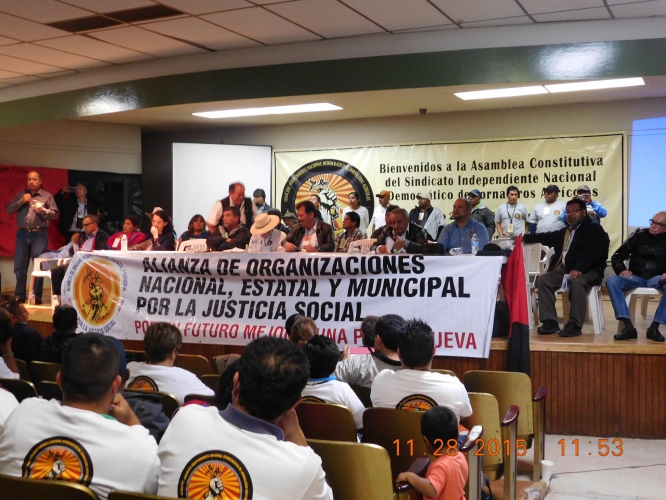 original image (2048x1536)
Eighty thousand Mexican indigenous farmworkers are battling the California Driscoll Berry company owned by the Reider billionaire family. They have brought in the police and army to attack strikers and their families. The corrupt and criminal Mexican government which supported NAFTA and is controlled by Driscoll and other multi-nationals and prevents unionization of the 3,000 maquiladoras for cheap slave labor on the border.
http://www.upwa.info
§Stop The War On Teachers
by United Public Workers For Action Monday Feb 6th, 2017 1:04 PM 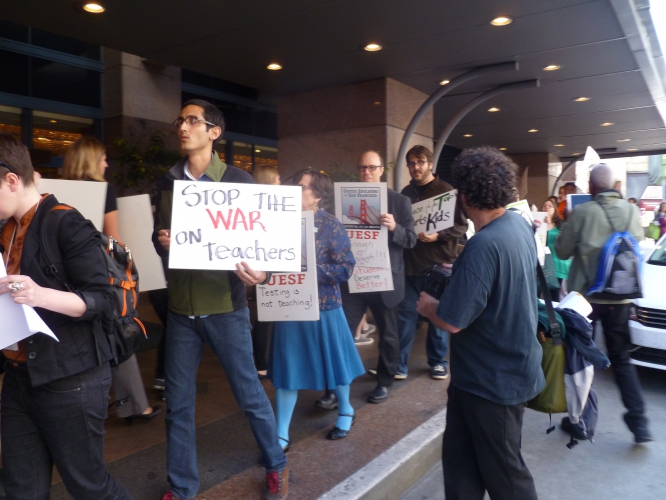 original image (3648x2736)
US and Mexican teachers both are fighting privatization and union busting pushed by the Democrats and Republicans and Mexico capitalist government. In Mexico teachers and students have been terrorized, murdered and in the US, Obama, Arnie Duncan and Rahm Emanuel along with the Gates Foundation, Broad Foundation, Reed Hastings, Zuckerberg Facebook, The Kipp Foundation run by the SF Fisher family and the Walmart family which runs the Walton Foundation want to destroy all public education and set up privatized schools. Education workers on both sides of the border are facing the same bosses, union busters and billionaires.
http://www.upwa.info
Add Your Comments
LATEST COMMENTS ABOUT THIS ARTICLE
Listed below are the latest comments about this post.
These comments are submitted anonymously by website visitors.