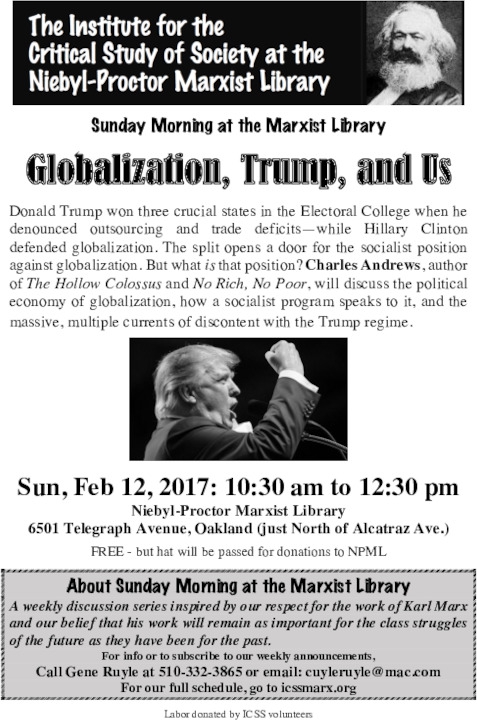 Globalization, Trump, and Us

Donald Trump won three crucial states in the Electoral College when he denounced outsourcing and trade deficits—while Hillary Clinton defended globalization. The split opens a door for the socialist position against globalization. But what is that position? Charles Andrews, author of The Hollow Colossus and No Rich, No Poor, will discuss the political economy of globalization, how a socialist program speaks to it, and the massive, multiple currents of discontent with the Trump regime.

FREE - but hat will be passed for donations to NPML

http://ICSS.MARX
Add Your Comments
LATEST COMMENTS ABOUT THIS ARTICLE
Listed below are the latest comments about this post.
These comments are submitted anonymously by website visitors.